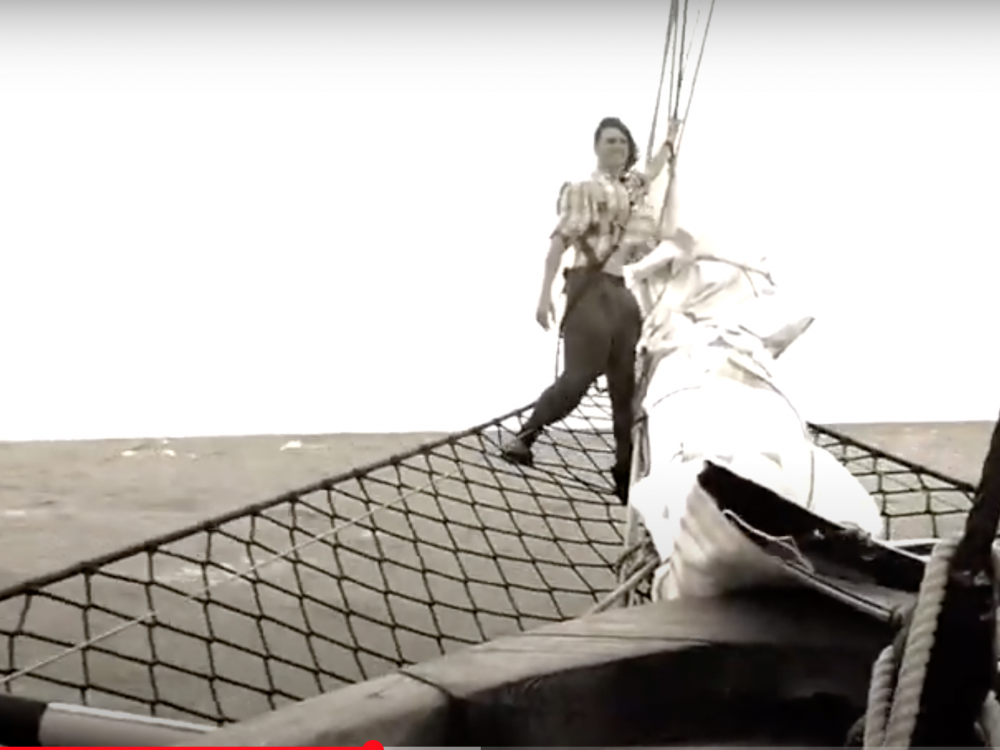 The film is  a humorous and moving homage to Irving Johnson’s iconic 1929 film, Around Cape Horn.  Irving Johnson and his wife, Exy, led students on seven world voyages aboard their sailing ships, all named Yankee, from the 1930s through the 1950s. Their voyages have influenced and inspired many at  Sea Education Association since our earliest days. For many decades members of the Johnson family have been well represented on the decks of SEA vessels as alumni and crew, and served as SEA board members. In addition, several SEA board members sailed aboard the Yankee in the 1950s. 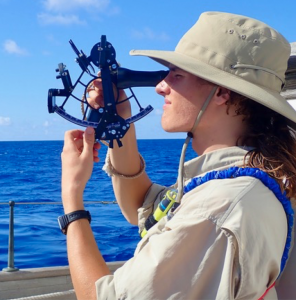 Filmmaker Elijah Greiner, C-294, Sewanee: The University of the South.

Elijah explained what motivated him to make the film, and to enroll in SEA Semester. "In January 2020, I decided to apply for SEA Semester because it is a study abroad program that embodies 'high adventure' like no other. At the time, I had no way of knowing that I’d be the only student from my university studying abroad at all this fall. During the shore component, my class watched Irving Johnson’s 1929 film Around Cape Horn. It immediately left an impression on me! Here was adventure on the high seas and none of it fiction! During the sea component I was thrilled to discover that, over 90 years later, the experience of going out to sea as a deckhand has remained fundamentally unchanged. I made this video as an homage to Johnson’s original film, as a celebration for a life-changing trip, and as a gift for my shipmates and all else who are amazed and humbled by the sea."

Members of the Johnson family have praised Elijah’s film.  Wrote Michael Johnson, W-97: “Imitation is the sincerest form of flattery.  Well done, indeed and a tribute to the power of that film that decades later young sailors still relate to it and quote from it.”