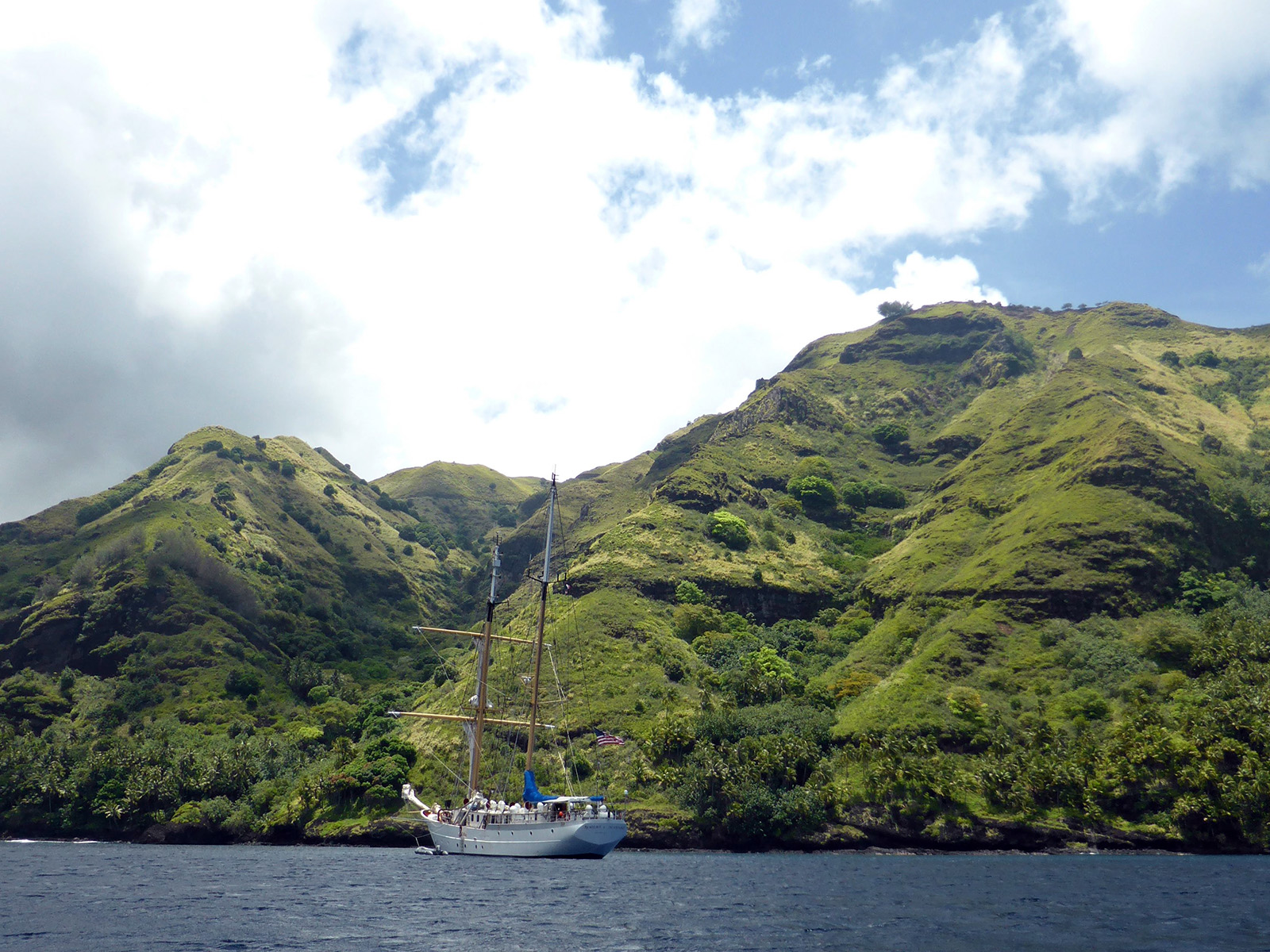 For Immediate Release, Woods Hole, MA - This fall, 20 undergraduates from diverse U.S. institutions are embarking on a blue water ocean expedition from California to Hawai’i. Their goal is to study one of the most pressing issues of the 21st century: human impacts on the environment.

The students are enrolled in Oceans & Climate, a study abroad program offered by Sea Education Association (SEA). To better understand the world’s changing marine environment, the program offers a multidisciplinary, place-based examination through the lenses of natural science, policy, history, and culture.

The semester began in early October with five-and-a-half weeks of preparatory coursework on shore at SEA’s campus in the oceanographic research community of Woods Hole, Massachusetts. While on shore, students observed strict health and testing protocols to achieve a Covid-free “bubble” prior to boarding the ship.

SEA’s Oceans & Climate program is an intensive program designed to allow upper-level science students to develop their understanding of the ocean’s role in climate dynamics and to build their own toolkits in research, data visualization, and science communication – skills all climate scientists must possess in order to be effective advocates for our oceans. During the program, students conduct baseline climate research, interpret findings for a broad audience, and learn from leading climate science and communications experts.

Like all SEA programs, Oceans & Climate also focuses on leadership and teamwork skills in a dynamic environment. During their voyage, the SSV Robert C. Seamans will serve as home, classroom, and laboratory. On board, students will become full working members of the ship’s crew, sharing responsibilities for standing watch, processing oceanographic samples, navigating by the stars, and participating in round-the-clock operations under the guidance of professional mariners and oceanographers.

• Track the students’ voyage on the SEA Currents blog through December 23.
• Download photos and access more information about SEA Semester through our online press kit.

About Sea Education Association (SEA)
Sea Education Association (SEA) is an internationally recognized leader in undergraduate, gap year, and high school ocean education. For 50 years and more than one million nautical miles sailed, SEA has educated students about the world’s oceans through its Boston University accredited study abroad program. SEA is based on Cape Cod in the oceanographic research community of Woods Hole, Massachusetts and has two research vessels: the SSV Corwith Cramer, operating in the Atlantic Ocean, and the SSV Robert C. Seamans, operating in the Pacific. In 2016, SEA was honored with the National Science Board’s Public Service Award for its role in promoting the public understanding of science and engineering. In 2018, the National Maritime Historical Society presented Sea Education Association with the Walter Cronkite Award for Excellence in Maritime Education.

Sea Education Association is pleased to announce the winners of the inaugural Navigational Star Awards. These awards recognize individuals [...]

SEA Professor of Oceanography Jeff Schell has been named the inaugural recipient of the Henry L. and Grace Doherty [...]

For Immediate Release, Woods Hole, MA, April 11, 2022 This spring, students from colleges and universities around the country are sailing [...]

After more than eight years at the helm of Sea Education Association (SEA), President Peg Brandon has announced that [...]