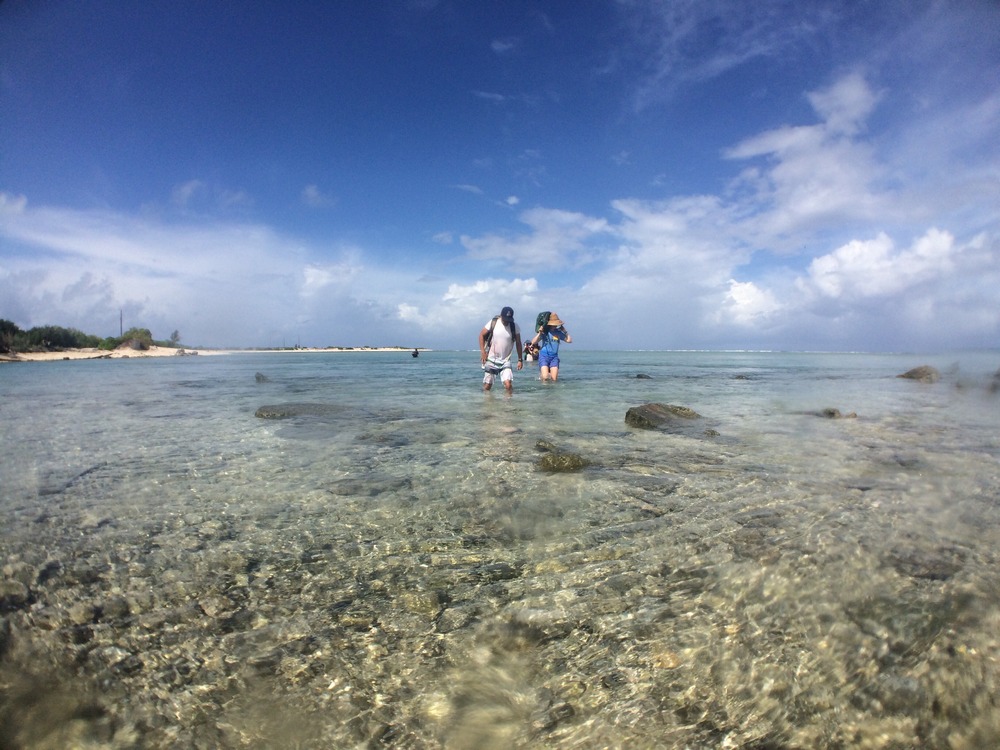 When they visited the island of Kanton in the Phoenix Islands Protected Area (PIPA) two summers ago, SEA Semester students of Class S-281 quickly became friends with the schoolchildren there, playing frisbee and soccer after dinner, dancing, and taking pictures.

Their visit lasted just four days, but the friendships have lasted.

The following year, Henry Bell, an instructor on the voyage, revisited the island. The schoolchildren asked him about the SEA Semester students they had met the previous summer.

“As soon as they learned that I knew the students from the previous year, they wouldn’t stop talking about them!” recalled Henry. He approached the children’s teacher, Monita, and arranged for everyone to reconnect.

About 60 people live on Kanton, most of whom work for PIPA. The official Kiribati observer (and SEA Semester student) Moamoa Kabuati, who voyaged with the class aboard the Seamans, acted as interpreter. “That definitely helped build bonds with the kids. It was really awesome how interested the kids were in us, obviously they don’t get many visitors to the island,” recalled Mackenzie.

"Being able to keep in touch with the kids of Kanton has me consistently thinking about them. Apart from deepening our relationship, the effects of their curiosity, friendliness, and spirit are much longer lasting. I hope this understanding inspires them to pursue big goals, as knowing them inspires me to do everyday,” she said.

Since her SEA Semester program, Mackenzie finished her senior thesis at the University of New Hampshire on Bryde's whale population and vocalizations in the Western Pacific, did field research in the White Mountains of New Hampshire, conducted research aboard the R/V Neil Armstrong and worked on lobster and horseshoe crab ecology research. She’s now researching graduate school opportunities.