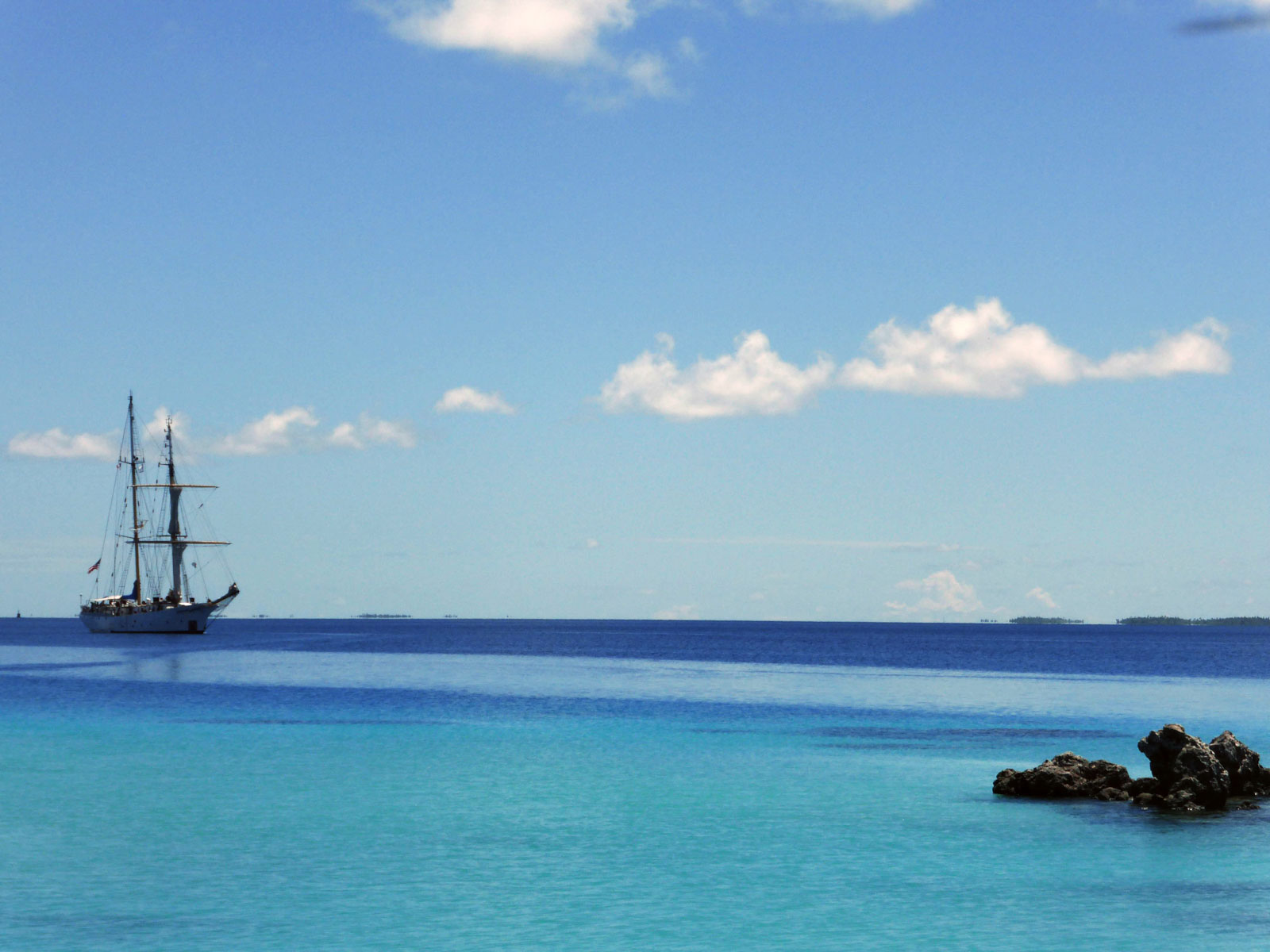 Marty Schwarz graduated from Carleton College in 2014 with a degree in physics and is an alumnus of SEA Semester, S-239 (Sustainability in Polynesian Island Cultures & Ecosystems).  Last summer, Marty served as an assistant engineer for the SSV Corwith Cramer Major Maintenance Period in Belfast, Maine. He recently was awarded a Fulbright grant.

Q:  Please tell us about your grant, and what’s you’ll be doing (and when).

A: The Fulbright Program is the flagship international educational exchange program sponsored by the U.S. government, and is designed to build lasting connections between the people of the United States and the people of other countries. My particular award, the Fulbright-Nehru Research Fellowship, is funded by both the U.S. State Department and the Indian Government. For a long time, my career goal has been to help make large-scale renewable energy feasible on country wide electrical grids.

This fellowship fits my goal especially well, because of all global issues, climate change requires perhaps the most significant amount of international cooperation. At the Paris climate accord, Indian prime minister Narendra Modi committed to generating 40 percent of India's energy from renewable sources by 2030.  While smart economic policies are crucial to making this aggressive target a reality, the major technical hurdle is the inherent variability of wind and solar energy. In its current unstable state, India's grid simply cannot handle a high level of fluctuation in energy supply. I will join a community of grid researchers at the Indian Institute of Science, Brookings India, and the Ashoka Trust for Research in Ecology and the Environment in Bangalore to shed some light on this problem.

By running stochastic statistical models of current and future energy supply, we can help determine the best locations for future wind and solar installations, and provide grid operators with more accurate data. The grant lasts for 9 months, starting this August. I may remain in Bangalore, however, working as a Visiting Scholar for Brookings India. Come visit!

Q: Tell us briefly about your SEA experiences, and how they’ve affected your career.

A: During my student trip, S-239 SPICE, I traveled to another country for the first time as something other than a tourist. During that Sea Semester I studied Polynesia's changing transportation infrastructure and its resulting globalization. By interviewing dock workers, town officials, and many locals on the street, I not only practiced my French, but I also got a glimpse of what it was like to ask academic questions in foreign cultures. I found it surprisingly satisfying to stroll down to a port, take pictures, and talk to people not just because I was curious, but because I had an assignment to complete.

Ever since, I have been eager to live and work in another country, and that was a major reason I applied for a Fulbright scholarship. After graduating from college, I worked with SEA as a deckhand and engineer on several cruises and in several shipyards. This further cemented my interest in navigating foreign countries (try finding the correct part for an emergency generator in a French-language only yacht supply shop!). Most importantly, though, SEA fanned the flames of wanderlust and thirst for adventure in me. It's addicting!