SEA Marks 50 Years of Sailing and Studying the Ocean

SEA Marks 50 Years of Sailing and Studying the Ocean 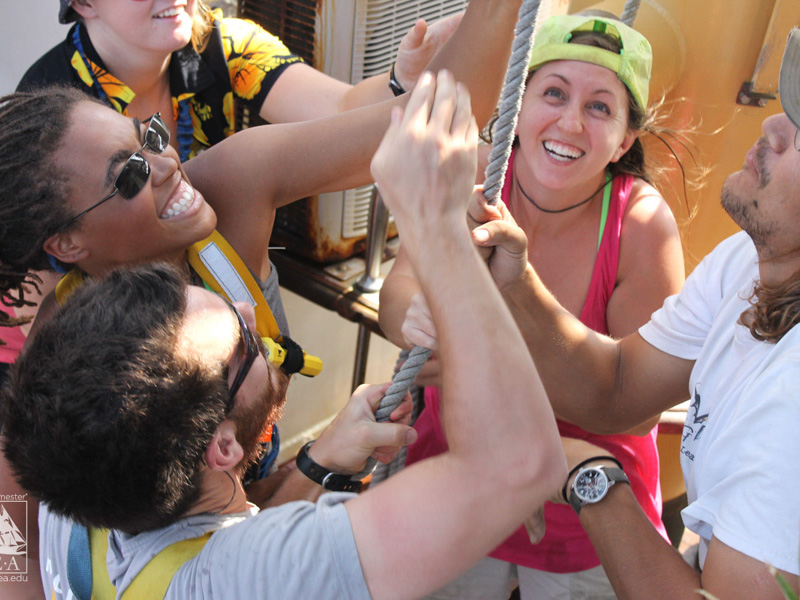 Sea Education Association (SEA), an internationally-recognized leader in ocean education located in Woods Hole, Massachusetts, celebrates its 50th anniversary this year. The milestone coincides with the start of the UN Ocean Decade, and as the world’s oceans face critical environmental challenges. Over the coming months, SEA plans a series of events and outreach as it reflects on its history and looks forward to its evolving role in educating the ocean scholars, stewards, and leaders of tomorrow. 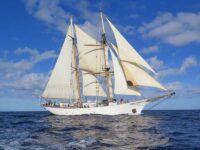 SEA was founded in 1971 by Corwith “Cory” Cramer, an early advocate of experiential ocean education. That same year, on the advice of sail training pioneer Irving Johnson, SEA purchased its first sailing vessel, the Westward, a steel-hulled schooner. The Westward’s first cruise with students aboard began in January 1972, sailing through the Panama Canal from San Diego to San Juan, Puerto Rico, with stops in the Galapagos and Cocos Islands.

In those early years, SEA developed its curriculum with a sharp focus on nautical and ocean science and was instrumental in the creation of a new class of ship, the sailing school vessel, or SSV, which was established by the US Congress with the Sailing School Vessels Act of 1982.

Relocating from Boston to Woods Hole in 1975, SEA established its current campus on Woods Hole Road in 1985, complete with lecture hall, classroom, lab, and residential cottages. There, students spend their shore components preparing to go to sea.

Programs
Since its founding, SEA has launched many hundreds of voyages, and offers a wide range of programs for college undergraduates, gap year, graduate and high school students, as well as partner programs with numerous institutions including Stanford, University of Chicago, MIT, Wharton, and Williams College/Mystic Seaport Museum. Undergraduate programs are accredited through Boston University. For college programs, students typically spend six weeks on shore before embarking on six-week voyages where they participate as students, scientists, and crew. 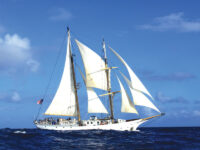 Voyages range from New Zealand and Tahiti to Cape Cod Bay and the Caribbean. More than 10,000 alumni from more than 200 affiliated and sending institutions have participated in SEA programs. The organization now operates two brigantines, the SSV Corwith Cramer (the first ship to be constructed as a sailing school vessel), which sails in the Atlantic and the SSV Robert C. Seamans, which sails in the Pacific.

Ocean Research
SEA offers programs for science, humanities, and social science majors, with all students participating in daily ocean research and designing their own project with faculty input. Data collected by students often contributes to real-world ocean conservation efforts on topics such as ocean plastics pollution, biodiversity in the Sargasso Sea, climate change, and coral reef health in both the Pacific and Caribbean.

Awards and Recognition
In recognition of its efforts as a sea-going educational institution, SEA was honored with the National Science Board’s Public Service Award in 2016, and the National Maritime Historical Society’s Walter Cronkite Award for Excellence in Ocean Education in 2018.

“Our first 50 years have established SEA as a robust, forward-thinking organization well suited to meeting the challenges faced by the world’s oceans. Our mission has never been more important,” said SEA President Peg Brandon.

Plans for Upcoming Year
SEA plans to use its anniversary to help focus public attention on the importance of ocean research and education. Ship and shore-based events are planned, including special short cruises. SEA will also chronicle its history and consider its future in a series of video presentations.