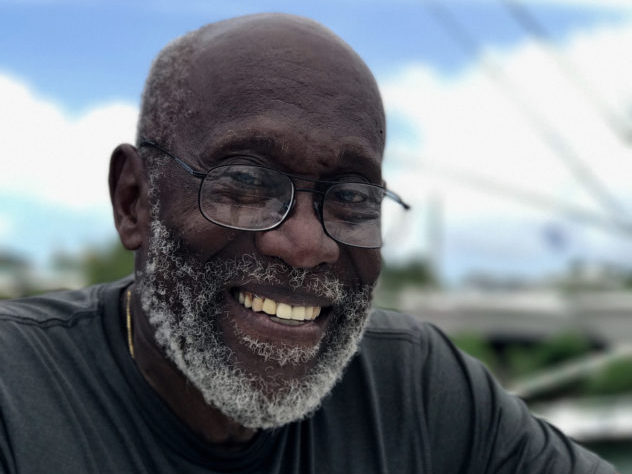 SEA Overseer Capt. William "Bill" Pinkney will be inducted into the National Sailing Hall of Fame in Newport, Rhode Island on Oct. 16, 2021. In addition to the induction, Bill will also receive the Lifetime Achievement Award, an award shared by just a few including America’s Cup winners Ted Turner and Dennis Conner, and Joshua Slocum, the first man to sail alone around the world.

An eight year US Navy veteran, Bill became a US Coast Guard licensed Master in 1986 and in 1990 began a two-year, 27,000 mile solo circumnavigation of the world, rounding Cape Horn, Cape of Good Hope, and Australia's Cape Leeuwin. Now a resident of Puerto Rico, Bill, together with his wife Migdalia, often meets with SEA crew and students when the SSV Corwith Cramer visits.

Among his many accomplishments, Bill is the retired Master of the 129-foot reproduction of the Freedom Schooner Amistad. The vessel's mission is to travel the nation's waterways as the symbol of human rights and racial cooperation and tell the story of the "Amistad Incident."

He is a winner of the Peabody Award for his documentary about his circumnavigation, and is the author of a children’s book, "Captain Bill Pinkney's Journey," used nationwide as a Basel reader for first graders, as well as an autobiography, "As Long As it Takes: Meeting the Challenge" that Maya Angelou called: “….a travel book of the first order.”  He conceived and led the "Middle Passage Voyage," a 1999 project that took teachers by sail on the Middle Passage Slave Route to South America and West Africa. The program was provided to 160 schools nationwide via the internet.