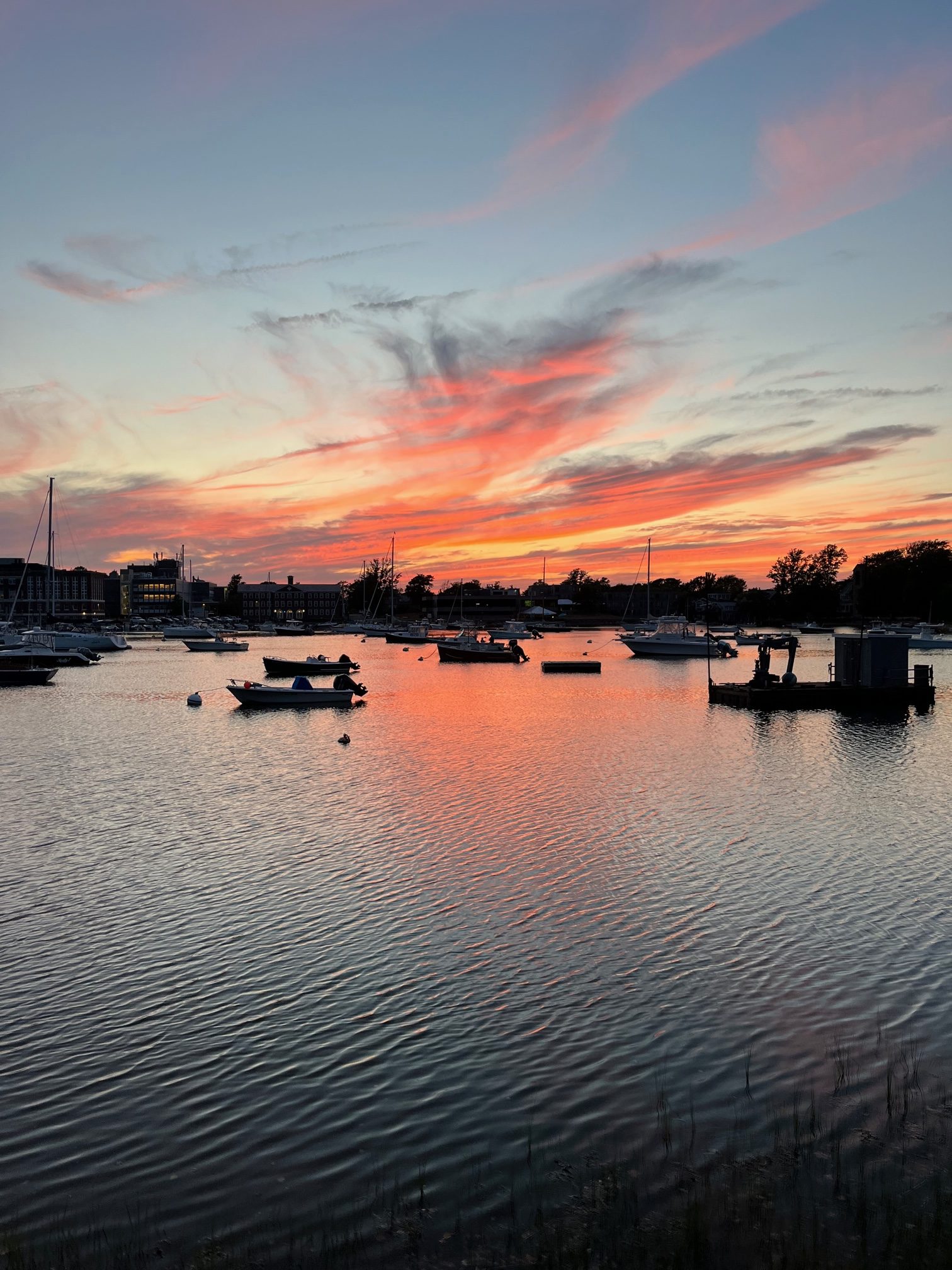 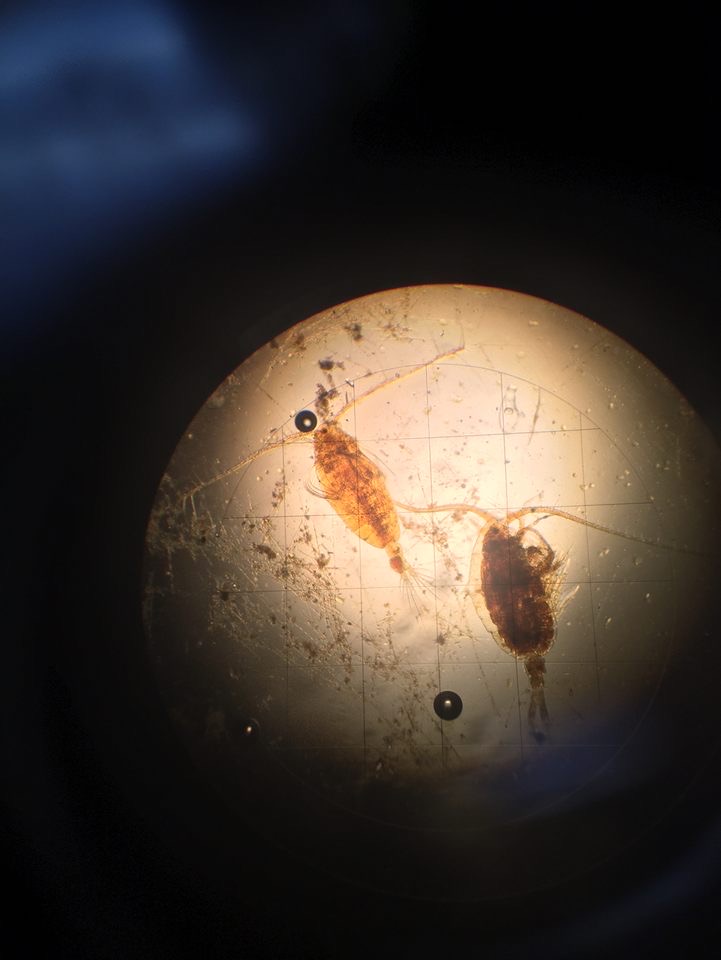 Today we woke up at our normal time, 8 am and had a wide variety of things for breakfast. It was the first cool night on campus, so everyone was well rested. After our watch meetings, we set off to our first class of the day, Oceanography.

After Oceanography with Karen Manning, we set off with our second Oceanography class, where we learned a lot about waves and tides. We drew diagrams about the orbital particle motion of a wave breaking into shore, as well as diving into how exactly the moon affects the tides. We also participated in an interesting activity where we plotted the journeys of lost shoes and rubber duckies at sea, following ocean gyres.

We also investigated our finds on Woodneck beach from the previous day. We managed to identify a lot of the species we had collected, as well as draw a detailed map of the beach area, and where certain species were from. We also looked at zooplankton under a microscope and drew detailed sketches. It was fascinating to see the tiny creatures that are so essential to ocean ecosystems.

After 3 classes of oceanography we got to relax during our free time and then had an early dinner at 4:30, in preparation for our trip to Woods Hole, where we had the opportunity to watch the groundbreaking documentary: Earth Emergency. It covered all bases of climate change, diving into the incredible impact of positive feedback loops on carbon emissions. The documentary included the Dalai Lama and Greta Thunberg. After the documentary, we had the chance to participate in a panel consisting of leading climate scientists at Woodswell Climate Research Center.

Back on campus, we had a delicious late-night snack of chocolate chip muffins and then did some quick studying in Madden before rounding off the day. 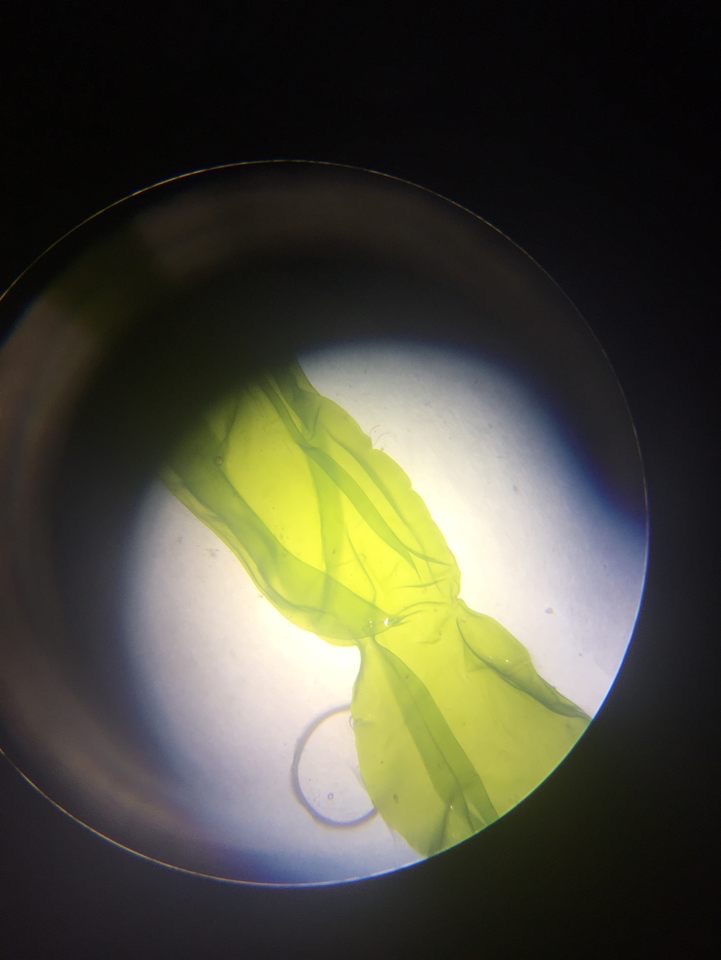 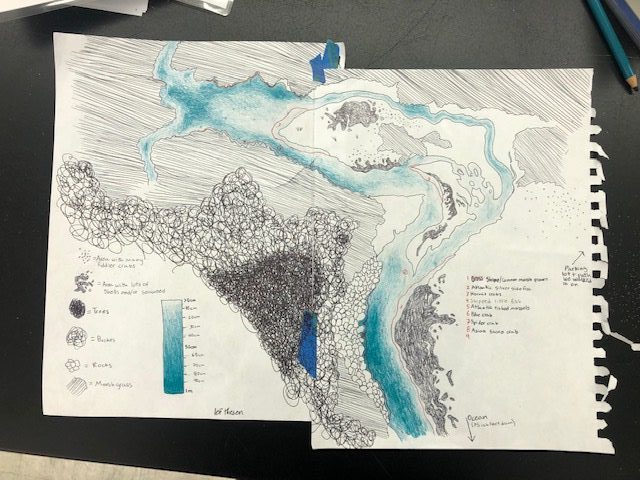