Author: Antoine Croquelois, B Watch, College of the Atlantic 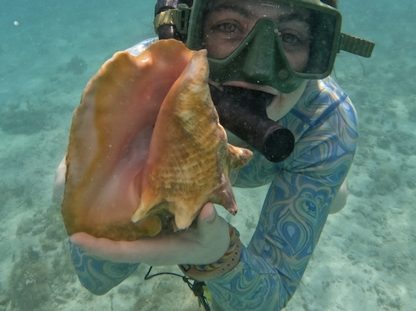 Today's story will in fact begin yesterday at around 1700. I woke up from a nap as I heard the noises of the anchor chain falling below. I slid the curtains of my bunk, hurried up the ladder to the quarter deck groggy and drowsy, my knees trying to figure out why there aren't any up and downs and side to side rolls anymore. Once my eyes acclimated to the brightness of the outside, and my brains figured out its wiring so that I can use my senses again, I looked around kinda stunned. The landscape I could see was one of the most beautiful I've been fortunate to lay my eyes on. The turquoise water gives rise to small mountainous islands covered in trees. 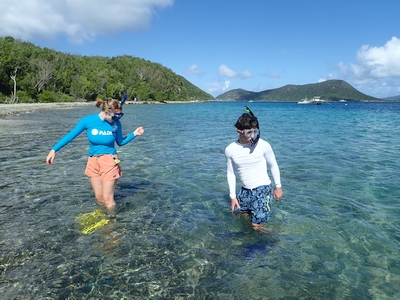 The vibrant green and its velvety texture is the first things that I can notice. I squint my eyes and reach to touch it and grab a small hand of its beauty. We arrived in Saint John's, and before me is Francis Bay. All around us, yachts and catamarans have settled for the night and soon the lights from their masts illuminate the bay in a long string a fairy lights, stars under the stars. Tonight B Watch is on Dawn Watch (0100 to 0700). The mate divided this time into four 1:30 hour sections. I slept early that night, but getting up at 0230 wasn't easy. Once I'm up though, I feel good to be active. I love sneaking around during night boat checks, being meticulous in my work but also in preserving the sleep of my friends; knowing that what I do has a purpose, that comrades count on me to be up and check that anchor, the decks, the engine rooms, the salons, the heads for this community only works if one is ready to devote care for the ship, the shipmates and ultimately one's self. And I like that. Gives me a sense of belonging.

In the morning, after a quick breakfast, we were loaded on the zodiacs and dropped off on the beach. From there we walked a sinuous road to the other side of the island to conduct our next coral reef survey. On the way, the scorching heat of the sun made my skin pearl over the pale glow of the sunscreen on my arms. 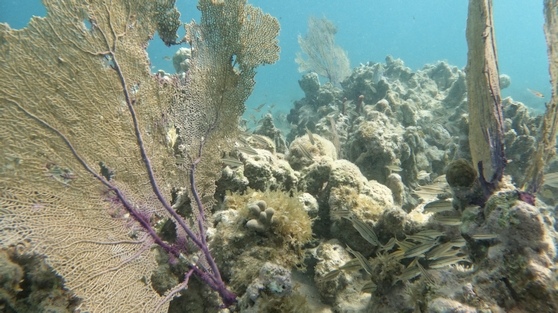 I recently decided to cut off the sleeves of my t-shirts to avoid the mid-arm tan but also because the warmth tends to paralyze my thoughts and I would do anything to get over my temperature obsessions that make me go loco. Focusing on the stomps of my steps and the gnarls of creatures in the branches next to me, I almost missed a flock of pelicans on the other side of the road, past the mangroves. Pelicans...Casually. Love this place! Once at our snorkel spot (Leinster Bay), I jumped in a rash guard, finned up, masked up and buddied up with Margot and we headed out to the reef.

Each one of us has a specific group of species to look out for, count and report to the data sheet. I'm looking for Echinoderms (urchins, sea cucumbers, sea stars, brittle stars). The past few sites they've been rather scarce, but oh boy today I had to be careful not to step on Long-Spined urchins right off the shallow edge of the reef. Leinster Bay was a great place of species diversity. It was shallow enough that it was comfortable swimming up down the 5m of water that separated me from these black spiky stuffed balls. I counted 143 individuals on my dive slate, but I know there was many more. I also encountered a hand full of West-Indian Sea eggs, which I had seen only in books before. Friends pointed out a giant Cushion sea star, and an arm-long Donkey Dung sea cucumber. We also saw a sting ray (majestic), hard and soft corals (beautiful sea fans), sponges, worms, myriads of colorful fish and a Spiny Lobster hiding in the rocks! Exciting because my oceanographic research project will study the dispersal of their larvae.

Antoine Croquelois, B Watch, College of the Atlantic