A Day on the Seamans 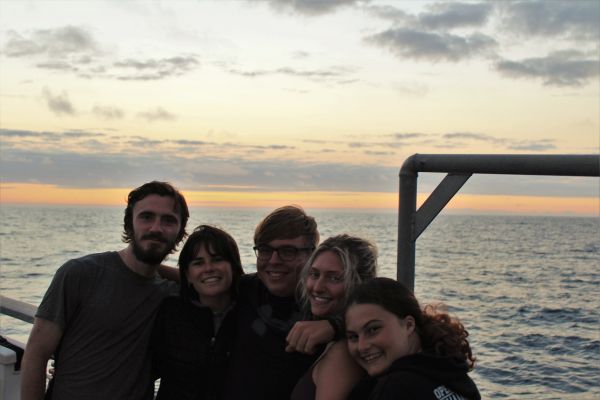 Sail Plan
4 lowers and the tops’l

Today started as many other do. I was lying awake in my bunk when my fellow watch mate, Kelly stopped by to make sure I was awake and ready to attend today’s watch meeting. Although this was unneeded I suppose it’s fair as I’ve gained quite the reputation for being hard to wake up. After our watch meeting, in which we discussed some high and low points of the last few days, lunch was ready. 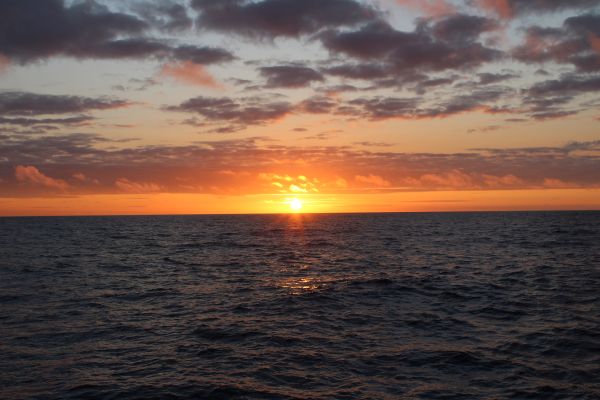 The sunset, taken by Sophia.

After eating, my fellow watch members and I quickly put on our harnesses and filled our water bottles in preparation for the next six hours on deck or in lab. However, I would be in neither of these places, I would get the pleasure of doing dishes.

Though it may sound rough (and sometimes it is) I actually don’t mind doing dishes and getting to hang out with Cookie and Haylie in the galley. After I finished lunch time dishes I went on deck and relieved the helm. Shortly after I saw Cap Miller round the corner with a soccer ball tied to a bucket he aptly named Oscar. If you didn’t know Oscar is the dummy we use for MOB (man overboard) drills. As soon as the people standing on the quarter deck realized what was about to happen Oscar was sailing overboard towards the water. Those of us on deck then alerted the rest of the boat by yelling and ringing the general alarm (unfortunately for those trying to sleep). After this Oscar was out of the water in four minutes and safely in the small boat.

Later on in the watch we also got the privilege of launching a weather buoy for NOAA. This is fun because it is one of the few times we are allowed to throw things overboard without a tether. Once the buoy was launched the rest of watch went by with nothing out of the ordinary happen. We then got off watch and ate our fill of freshly made pizza (Thanks Cookie!) After dinner everyone who was awake gathered on the quarter deck to watch one of the few good sunsets we have had. I think it was a pretty good morale boost for everyone! Hopefully there are still a few more sunsets to come!

PS: Daniel, I hope you have a great birthday wish I could be there with you. Lily, I can’t wait to see you again and I hope you are enjoying your summer. Dan Basa, wish you were here even though you would definitely have been seasick. Thanks to all my friends and family back home I hope you are all doing well.