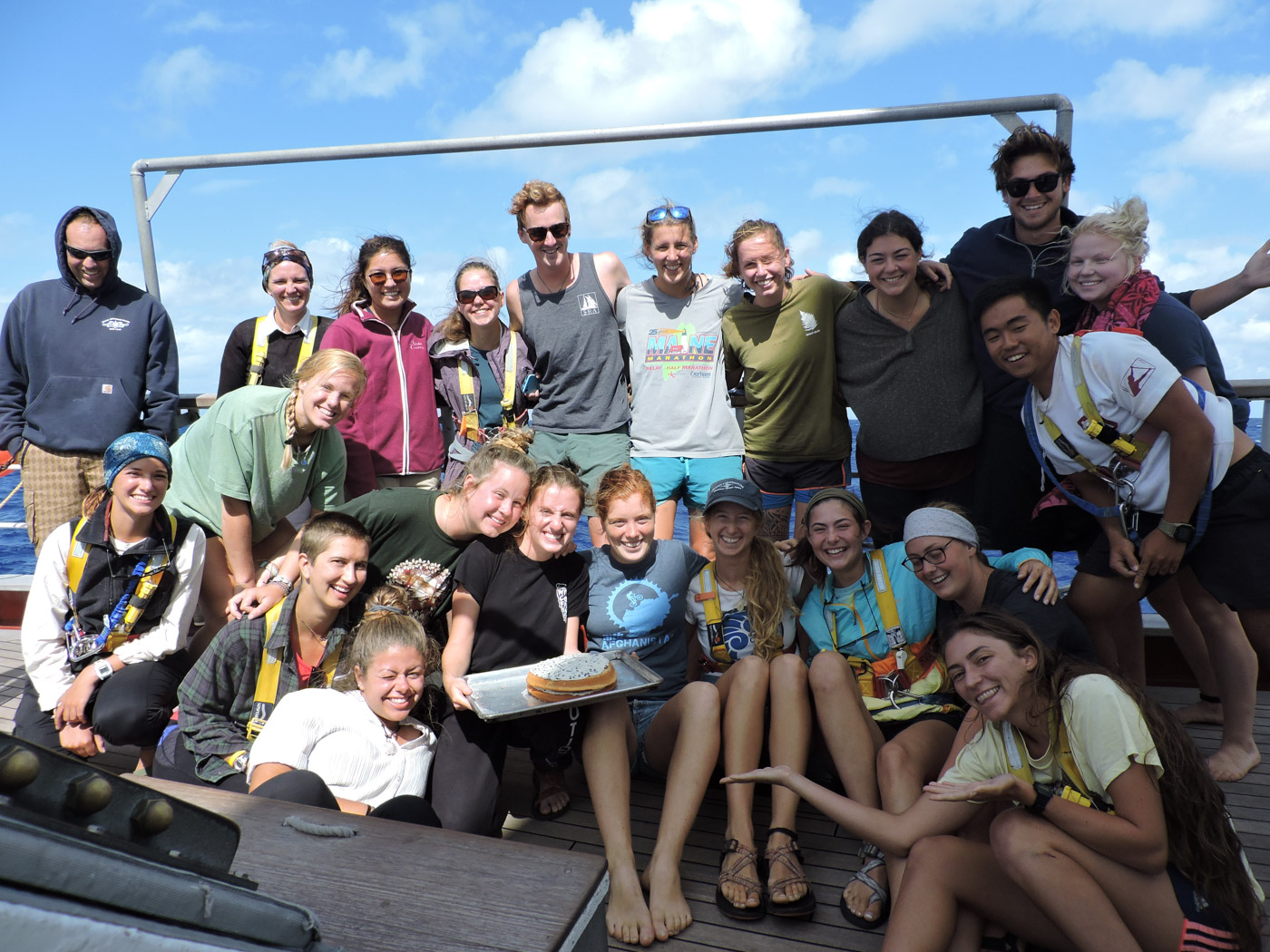 Birthday on board, with cannoli cake!

Weather
Bright and sunny, with force 5 winds. The Mama Seamans is zooming!

As we began our journey from Fiji to Auckland, we shifted into the next phase of leadership on watch, where a student shadows the mate or scientist, and begins to issue orders and delegate tasks, learning the intricate ropes of running the ship. On today's morning watch, I had the pleasure of being the B-J-JWO, figuring out how to run the rotation of students from look out, to helm, to weather and plot, and finally to boat check every hour. Using my best outdoor voice, I called the double gybe for science, yelling "hands to the main sheet," "pass the staysails," "take in the jib," and "sheet in the staysails!" And the boat actually gybed, and did not sink or tip over, so I call that a success.

Of course, today was also made special because it was my birthday. We had cannoli cupcakes for afternoon snack to celebrate, along with a lovely, but off pitch recitation of "Happy Birthday." I lost count of how many cupcakes I ate after three. With a stomach full of cupcakes, I went aloft, climbing up to the platform on the foremast, and talking about my year with two friends as we watched iridescent blue flying fish soar over the ocean waves.

Today was also the first time I've had my own birthday. As a triplet, I've always shared this special day with my two brothers. But, as I am currently 18 hours ahead of them, I had the day all to myself! That makes me the oldest child now, instead of the middle one! Still, I miss sharing my birthday with my two "wombmates," so happy 21st birthday to Justin and Ethan! Also, a special shout out to my mom for being an independent and adventurous woman, inspiring me to do crazy things like sail a boat through the South Pacific, and my dad for being a cool dude.

Catch you on the flippity flip,