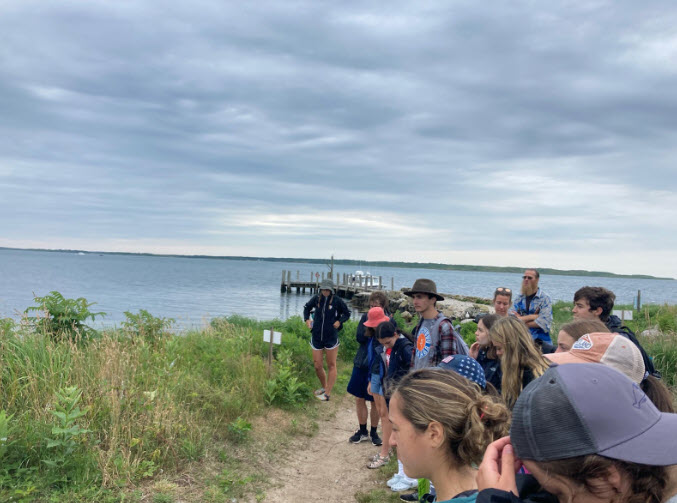 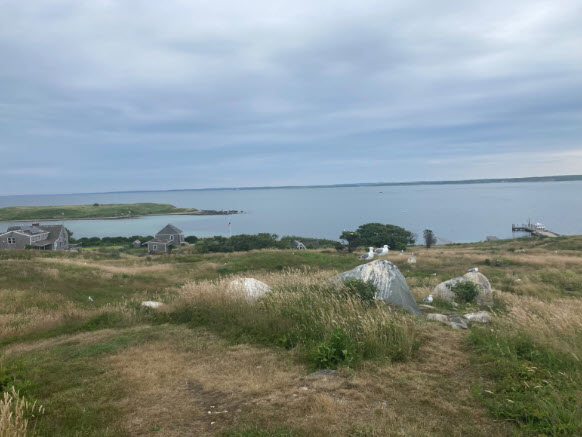 Today, those who stayed on campus from Penikese island had a full schedule of ocean’s and societies class. Professor Ben lightened the gloomy weather with an upbeat oceanic version of Dungeons and Dragons which we all got very invested in. We played for ⅔ classes and all had a great time. The game was very amusing to us all and we had a great time. 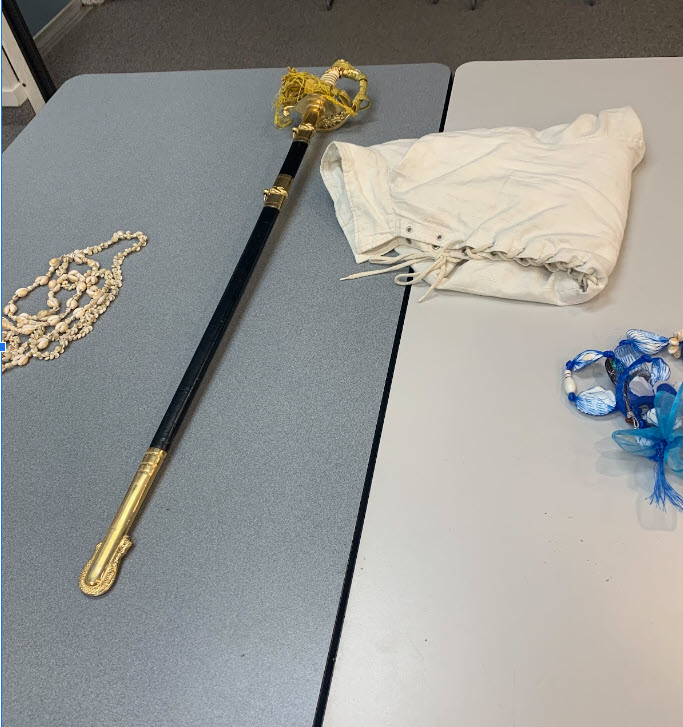 After we finished the game, with our prize being delicious Dunkin’ Donuts Donut Holes that were shared among us. Afterwards we found ourselves eating sandwiches for lunch and moved on to other things like relaxing or working on our Creature Feature assignment. At 2:30, we watched a documentary about the Cape Horn, an interesting vessel from the 20th century.

The students from Penikese arrived close to 4:00 and we had our free time which was mostly inside due to the weather. For dinner we had Quesadillas and left over otter pops from our festivities from yesterday night. We then came up to Exploratory at 19:00 to 20:30 and watched the 1st Pirates of the Caribbean movies to apply some of our course knowledge to determine what was and was not historically accurate.

Penikese Island
Today, half of the group had to wake up at 6:45, get our breakfast and pack our lunches, then be in Woods Hole at the dock by 8:30. The boat didn’t leave until 9, so we were able to grab a quick Pie in the Sky visit before our boat ride. Our amazing captain Patty and her amazing first mate Shawn took us across to the island, where we were greeted by an amazing tour guide named Cricket.

She showed us across the island and gave us big sticks so we could scare away the hundreds of seagulls that were flying all around us, with their gray chicks scurrying away and hiding from us. We learned about the history of Penikese Island, and talked to two researchers that were trying to raise the population of Turns on the island. Then some of us split up to look at the shoreline to look at the algae, some of us collected water to look at in microscopes, and some of us went to walk around. 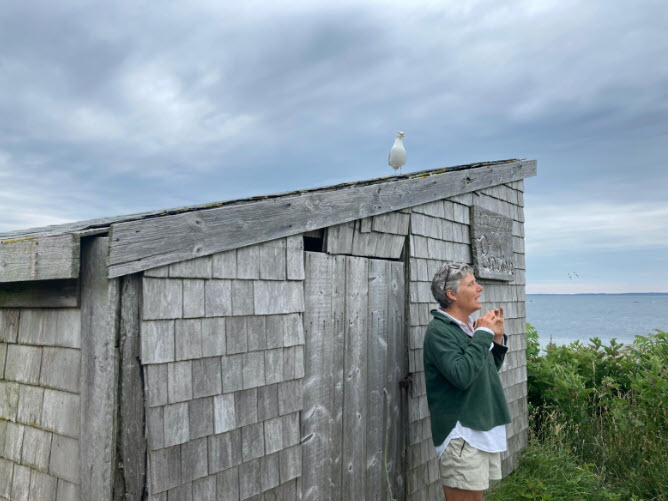 Tessa and I (Sophie) took a quick walk to draw the beautiful stone structures but had to run through the path screaming like seagulls and waving giant bamboo sticks so we were not attacked by the twenty seagulls who were circling around us at all times. We then returned, had dinner, and watched Pirates of the Caribbean during exploratory as a nice way to calm the day down. 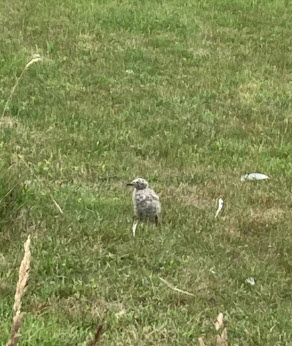