Between The Land And The Deep Blue Sea 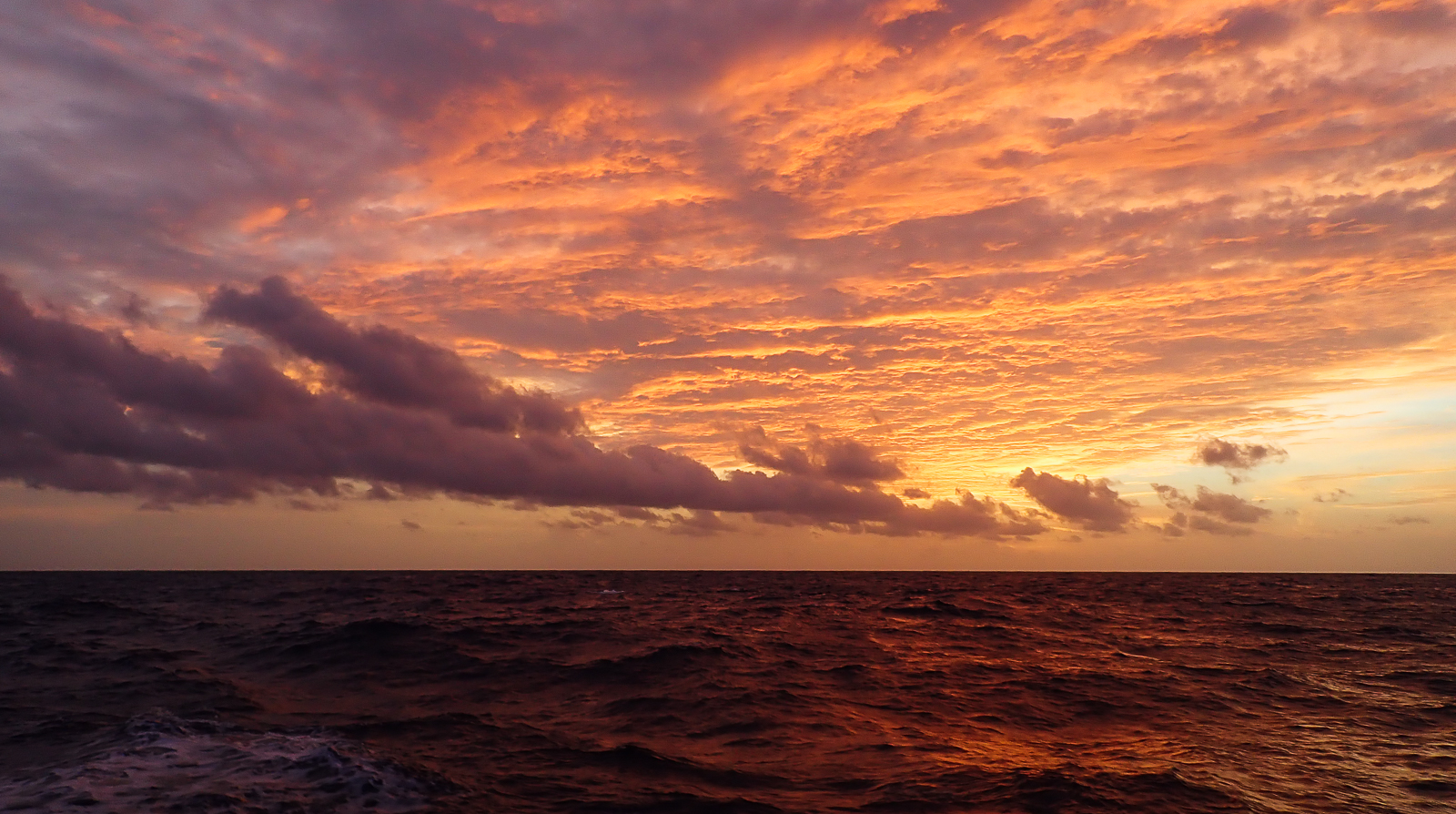 Dawn watch often times is the state of slight delirium and unwavering turmoil; however on this particular morning its tempestuous nature was halted by the frenzied cry of "Land Ho!" Thirteen days we had not seen land, and the unlit horizon transformed into the refreshing glow of Turks & Caicos. While the previous days had land on the forefront of my mind it was not until that culminating moment that I had quite envisioned what this meant for our six week peregrinations. As the sun intensified into what can only be described as a golden shower of light, the thin silhouette of land grew and I was only left able to cogitate the question our maritime studies professor, Craig Marin, had left us, "how is the boat like an island?"

It was simple but did not forgo leaving my head on a swivel. Mulling it over while coiling the Jib Tops'l halyard, which might I add may be nothing short of the most irking line on the whole ship, I began to conclude that it was the people who made a boat like an island. The people of an island bridge the gap between land and sea just the same as we on the Cramer create the nexus between us and the ocean through our life aboard.

Our ever changing schedules keep us continually shifting to match the hurdles the open waters and skilled members of staff may throw us. To give an example, that morning was the beginning of the JWO / JLO (Junior Watch Officer / Junior Lab Officer) phase where we the students take over the reins for the respective duties that follow each title. JWOs are responsible for overseeing sail handling, navigation, and boat maintenance under the guidance of our mates and captain Bercaw. The JLO organizes all lab activities for that watch, which have been predetermined by the chief scientist Jeff Schell. Both JWO and JLO must communicate to see the productive unfolding of tasks of the six hour watch along with their knowledge in conjunction with that of the watch mates on deck. I believe I speak for many of us when I say that the shifting of phases is daunting to say the least.

However, I am confident that we will all succeed and work around any mistakes we may make along the way. Over the past weeks we have all had to learn an immense volume of information and even though at times it feels like our brains are a wet sponge trying to suck up more water than it physically can, working as a watch will surely lead us to success in the future. Thank you for your time, good day.

PS:  To my Mother and Father, it would appear as though I do in fact get sea sick. Thank you for the message about Maine; I was quite relieved someone else wanted to have me in their state. I hope all is well back home and that the Shellies aren't giving you too much trouble. Stay Safe and Don't die. Best regards, son.