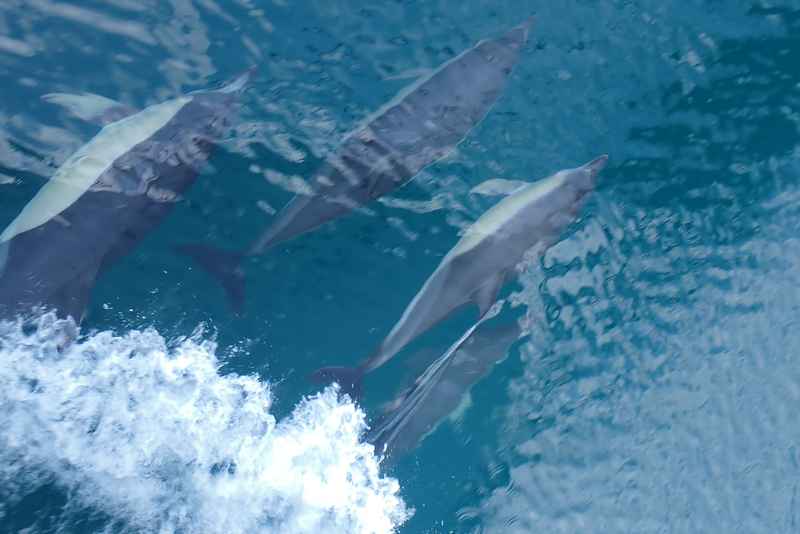 Dolphins swim alongside the Cramer!

At 01:00 dawn watch started. B Watch took the deck and began tending sails and processing the samples collected by the previous watch. While cleaning the Neuston net it started glowing green due to the bioluminescent phytoplankton caught in it. They would light up every time the net was sprayed. It was also a beautiful, clear night (great for stargazing!). 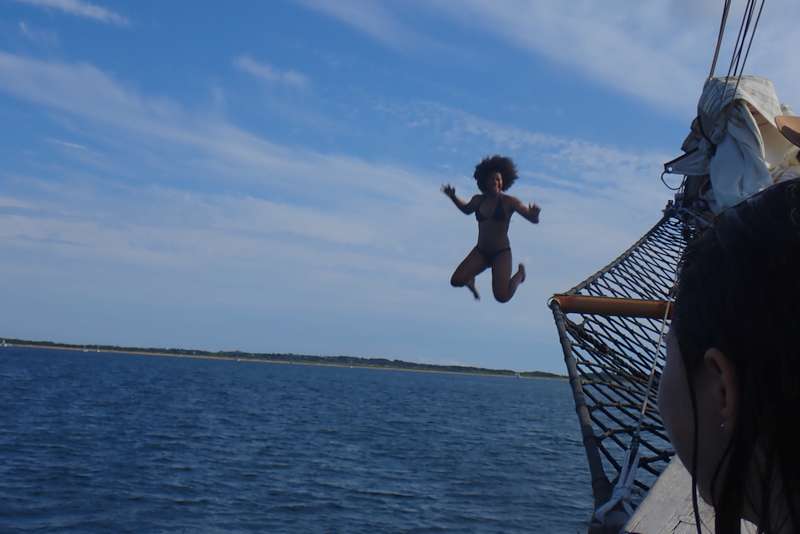 A'Janae enjoys the swim call by jumping in off the bowsprit.
Ship's Log

The Big Dipper, Cassiopeia, and the summer triangle were very bright. We saw around 20 shooting stars and the milky way was clearly visible. B watch also processed the Neuston tow, including calculating the biomass of plankton caught and doing the hundred-count, and processed the chlorophyll from the surface station collected the previous evening. At 0700 C watch took the deck. We deployed the Secchi disk to gather information about light penetration and used the Shipek to collect a sediment sample from the sea floor. We also did another Neuston tow which collected nearly 10 pounds of salps (clear, jelly-like planktons). It was more plankton than any other tow has collected (we think).

The salps were definitely cool, but the real highlight of the day came later around 1200. Dolphins were spotted ahead of us. A few minutes later we were right alongside them and had four or five dolphins swimming in our bow wake (one or two feet from the hull). They swam away a few minutes later, but just as the first lunch seating was sitting down another pod showed up, this time even more dolphins, including a baby! They swam with us for a few minutes before eventually moving on. Our class this afternoon was a study hall for us to work on our partnered “creature feature” projects in preparation for presentations tomorrow afternoon. Afterward we had a swim call, super refreshing and fun way to cool off!