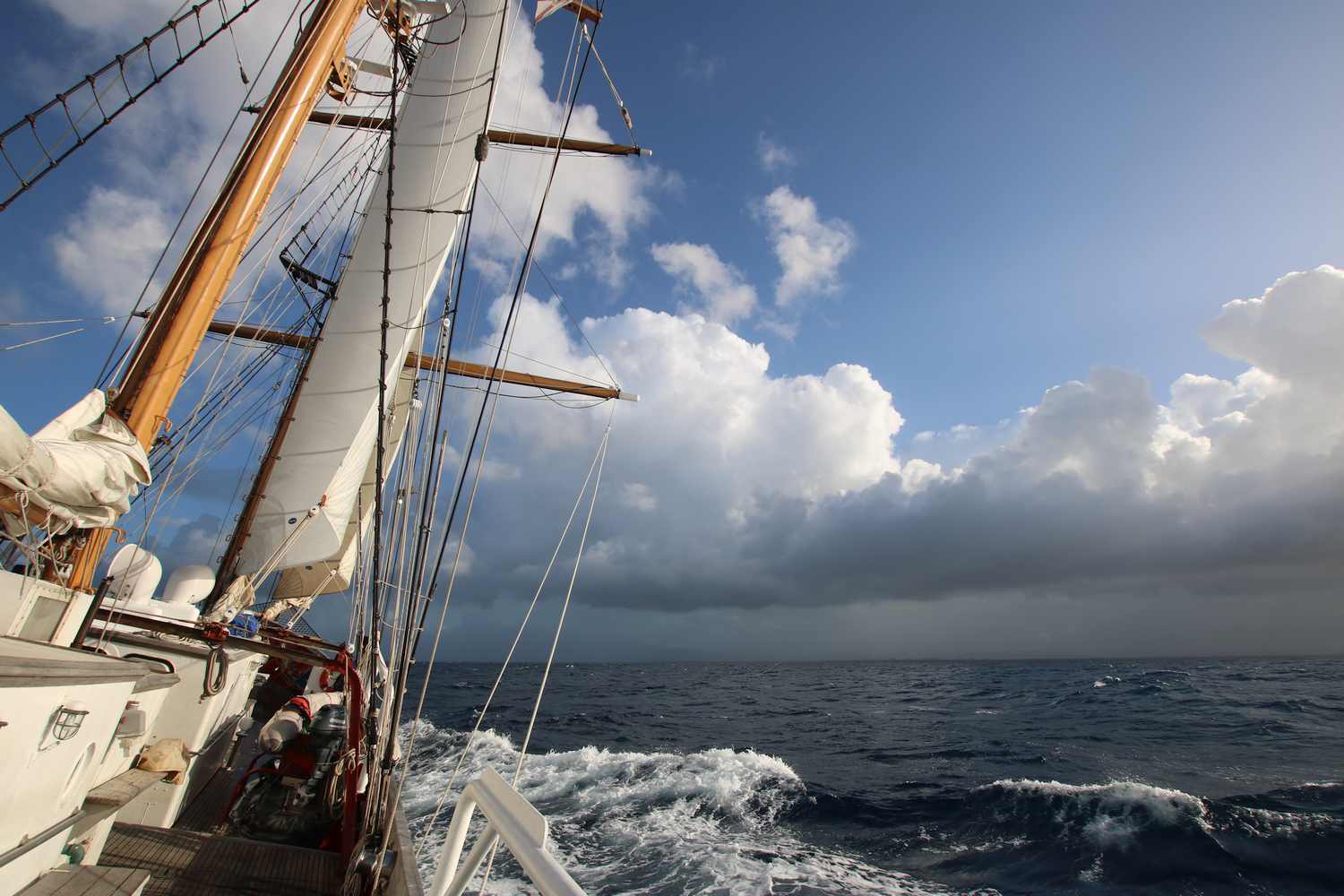 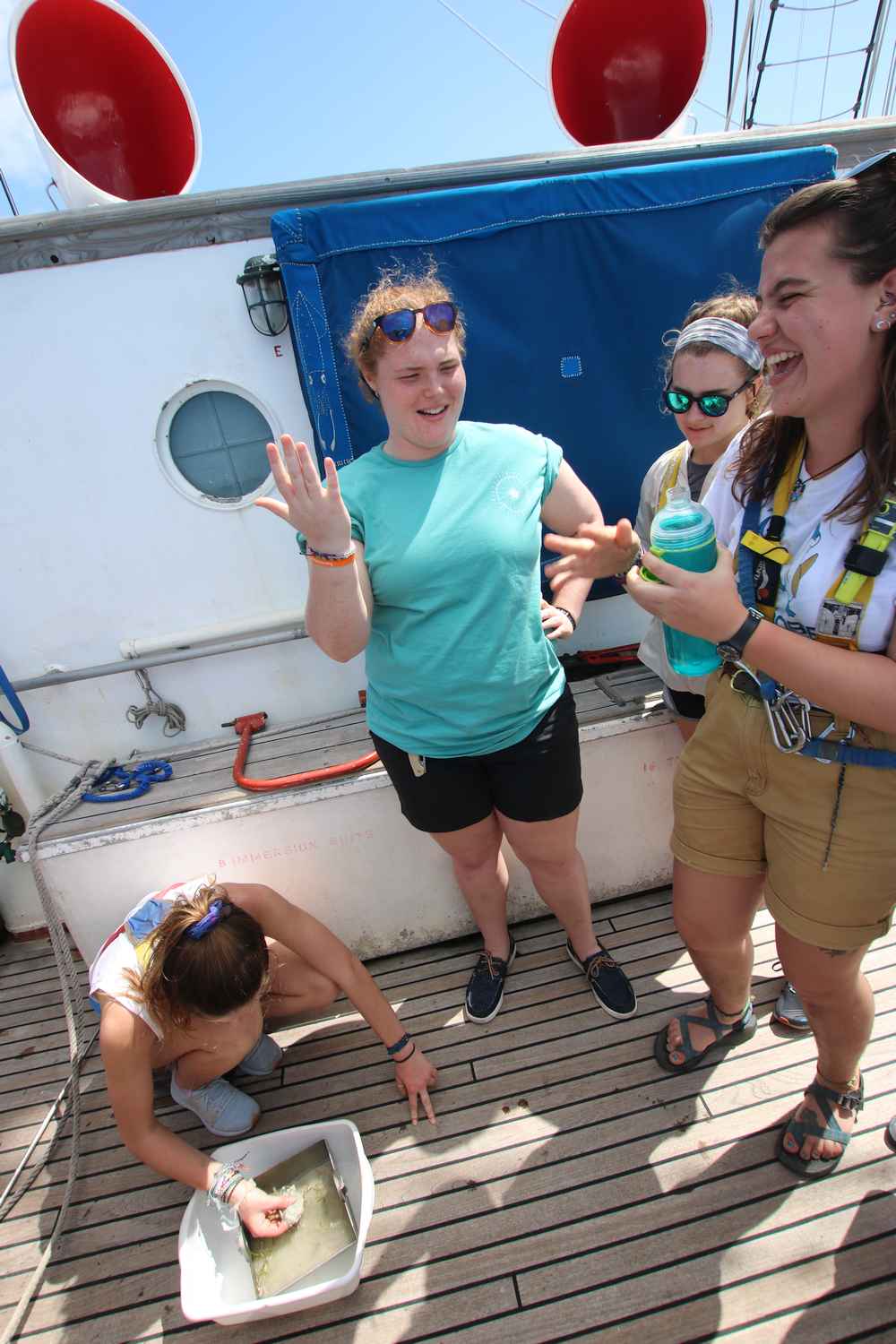 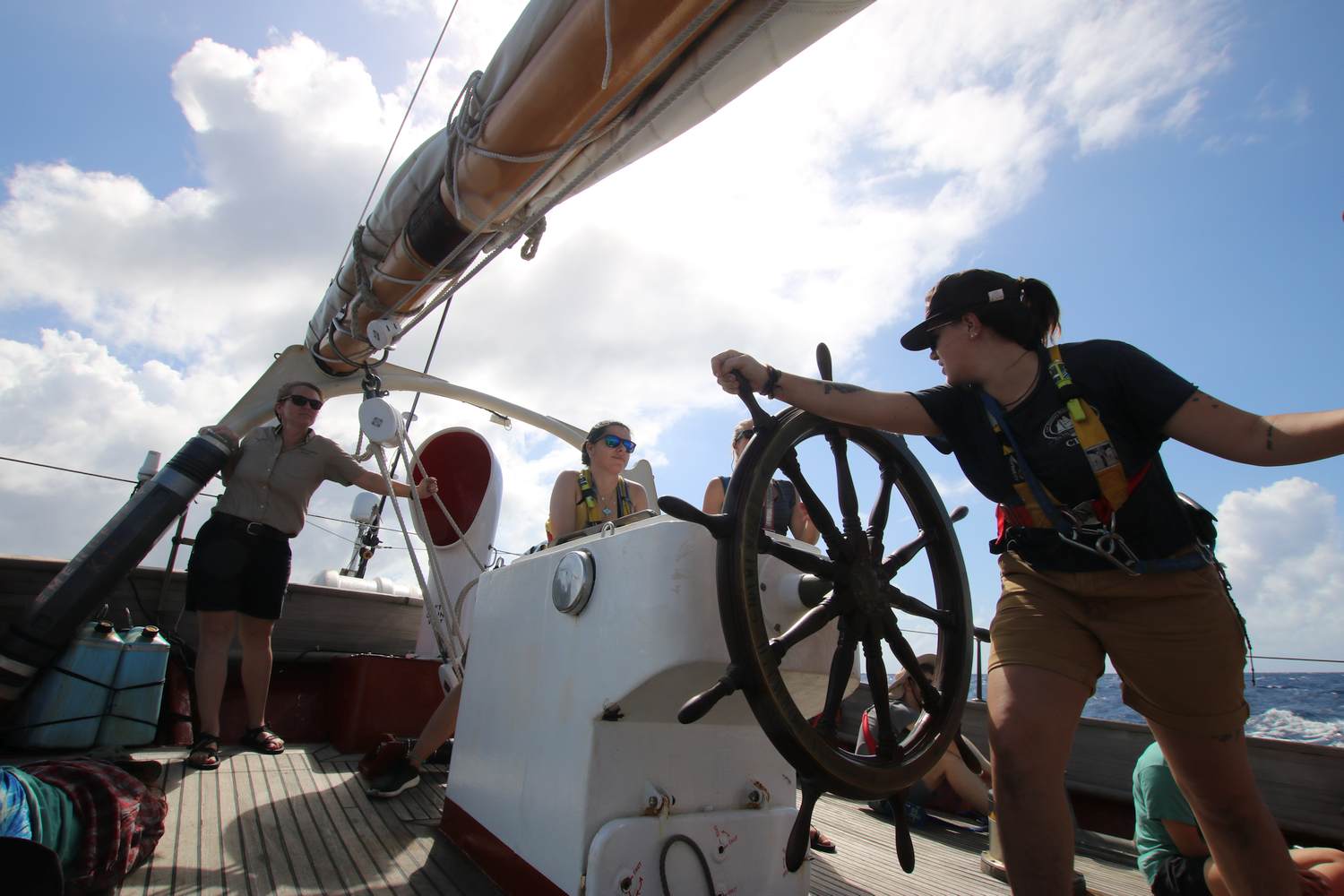 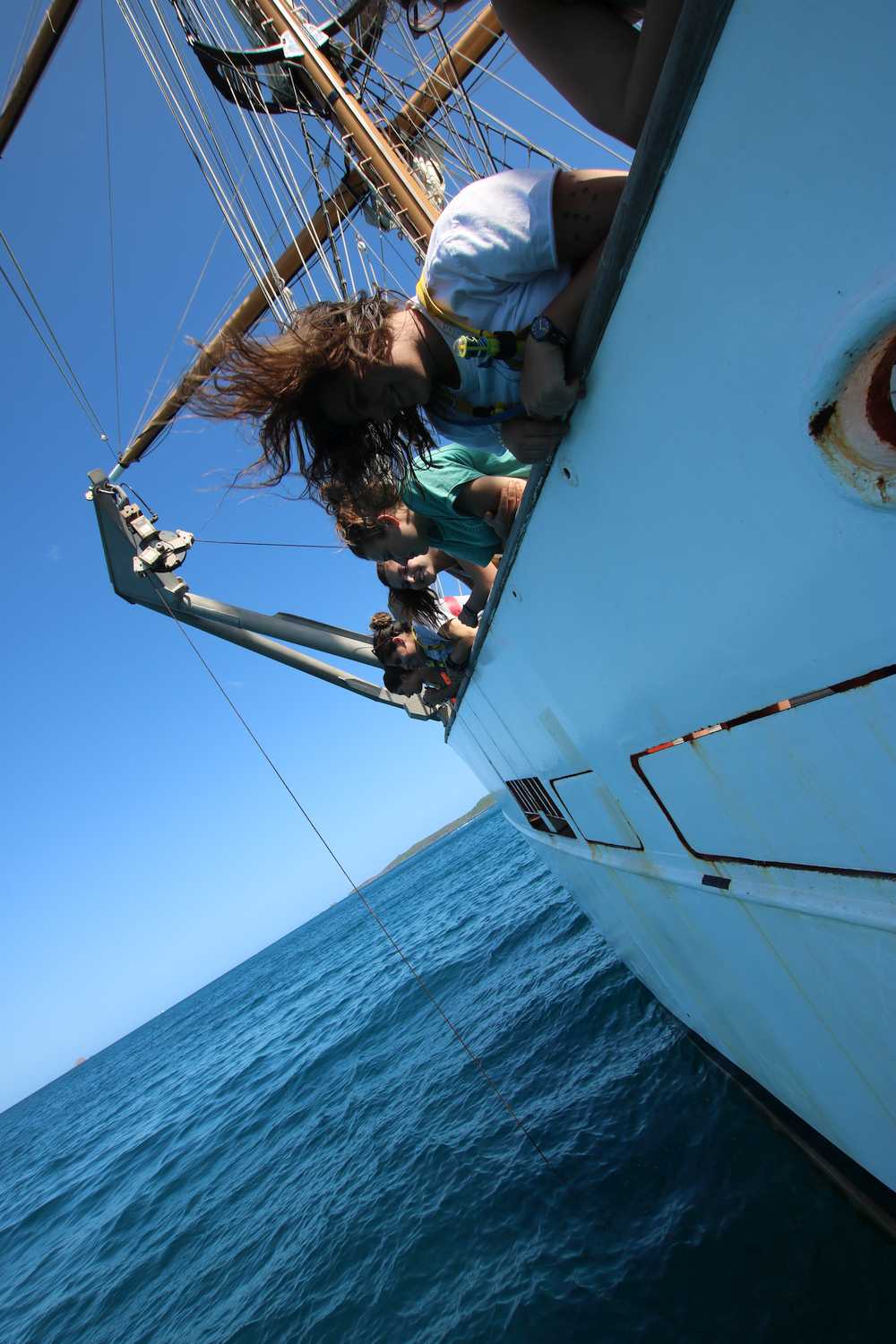 Hey everyone! My name is Jessie and I’m a student on the Cramer! Yay! I’m writing to you from this beautiful spot anchored off of Isla de Culebra. The Caribbean sun is warm, the ocean is glistening, and the clouds are the puffy cumulus kind that makes me think of sugary cotton candy.

Although everything is chill and peaceful right now, we’ve had a very eventful last 24 hours. During the 1300-1900 watch, my watch (B watch for best-ever watch) was in charge of boat operations. The seas were high as we came out of the sheltered harbor and made it into the deep blue Atlantic Ocean. The ship rolled along, crashing down every couple of seconds, making most people’s stomach turn. I’ve been on a lot of tall ships but I always, always get sea sick. This time was no different. My seasickness just manifests itself in a headache and dizziness though, so it wasn’t too disheartening and I could still do all the fun tasks that being on watch requires. I really enjoyed being on the helm and doing hourly engine checks! Also, having a task made me less dizzy. Also towards the end of our time on deck, we set the main sail (single-reefed) which was an exhilarating job for the darkening skies and seas spraying salt on our faces!

After watch last night, B watch got a glorious 11 hours of sleep before being woken up for our next watch at 0700, sunrise watch! I had just spent an hour as lookout (watching the stunning orange sunrise) and was heading below to do an engine check, when I heard excited noises. Obviously, I hurried back on deck to see what was going on. There was a WHALE!! We saw it breach once and flop its head and flippers out once. Honestly, it was so breathtaking that it brought tears to my eyes. Everyone who had been sea sick reported a huge boost in moral after that moment.

About half-way though our watch we anchored off of Isla de Culebra to mend a tear in our fore stays’l that had happened around 0630 (A watch took the sail down before our watch). At anchor we got to do some cool science deployments. I’m not really a science person (I study Spanish and Gender and Sexuality Studies) but today I had some key science moments. The first one was that I correctly guessed the Secchi depth (14 meters)! We had all placed bets beforehand. We found that out by deploying the Secchi disk off our port side and seeing how far down it went before we could no longer see it. This gives us a measure of water clarity. The second was that Fiona and I correctly guessed the grain size and color of the bottom of the ocean where we were! When we deployed the Shipek grab, it came to the surface with off-white sand and some sea grass. Maybe science will become my thing if I keep winning bets and keep seeing whales. smile

All in all an amazing first 24 hours aboard! I can’t wait to see what happens over the next 6 weeks!

PS: Hello to my family -specifically my grandma, Mop- I miss you guys! Also shout out to Anna’s family! She would like to say that although she spent most of the last 24 hours puking, there is no place she would rather be doing it! Personally I would add that I’ve never seen such positive vibes from the 7-8 pukers Cramer has aboard, so they all deserve a prize. Also a final, final shout out to all the moms of my shipmates that yelled at me to do that as I walked through the main salon on my way to write this (so this is for you if you think your kid would be the type to do that sort of thing).