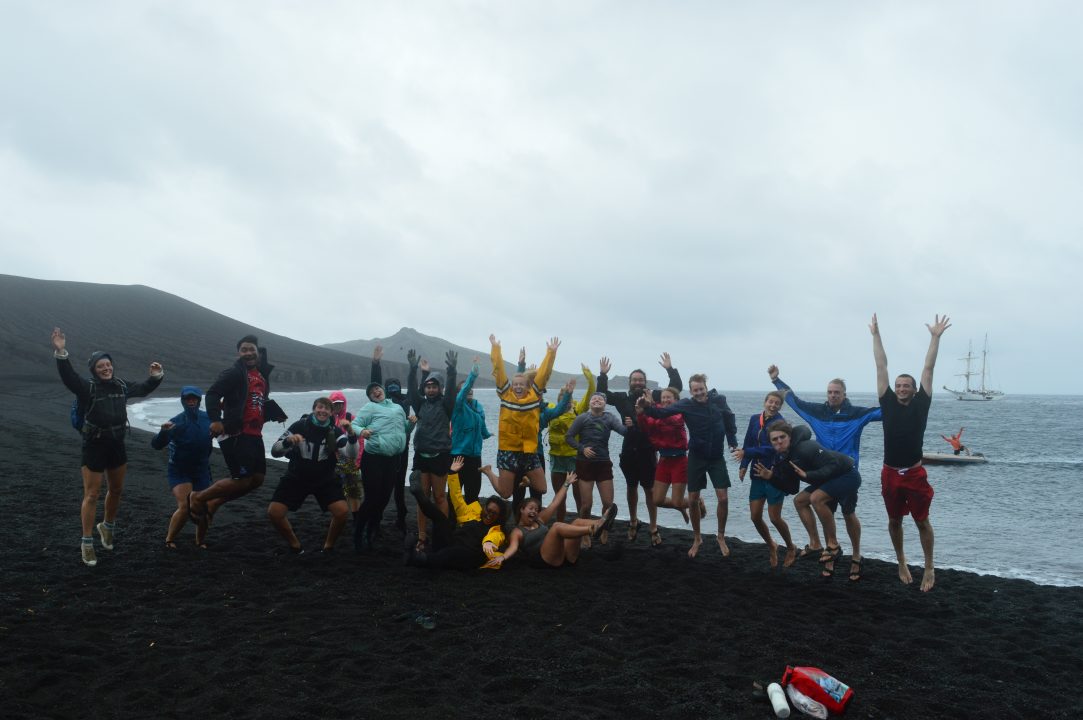 Our group after landing on beach of HTHH

As we labored down into the zodiac with our gear and rations, the ocean splashed violently around us. Those with hats cowered under the power of the southeasterly winds, and those in the front surrendered to the incessant spraying of the ocean. The 60 HP Yamaha engine roared to life and propelled us to the black sand beachhead on the northeast part of Hunga Tonga-Hunga Ha'apai. On the approach, our coxswain barked disembarking orders and doubled down on the throttle for the landing. The bow of the boat was into the black volcanic sand by the hands of the white foam waves. Following orders, we rolled over our respective sides, plunged into warm Pacific waters, and maintained our hold on the rope that had kept us safe on the journey over. As waves, wind and rain battered us from all sides, we raced to clear the boat of the shoreline. We were eagerly greeted by fellow pioneers who off loaded our gear, and took us to the rendezvous point. Water, sunscreen, and snack; we were here. 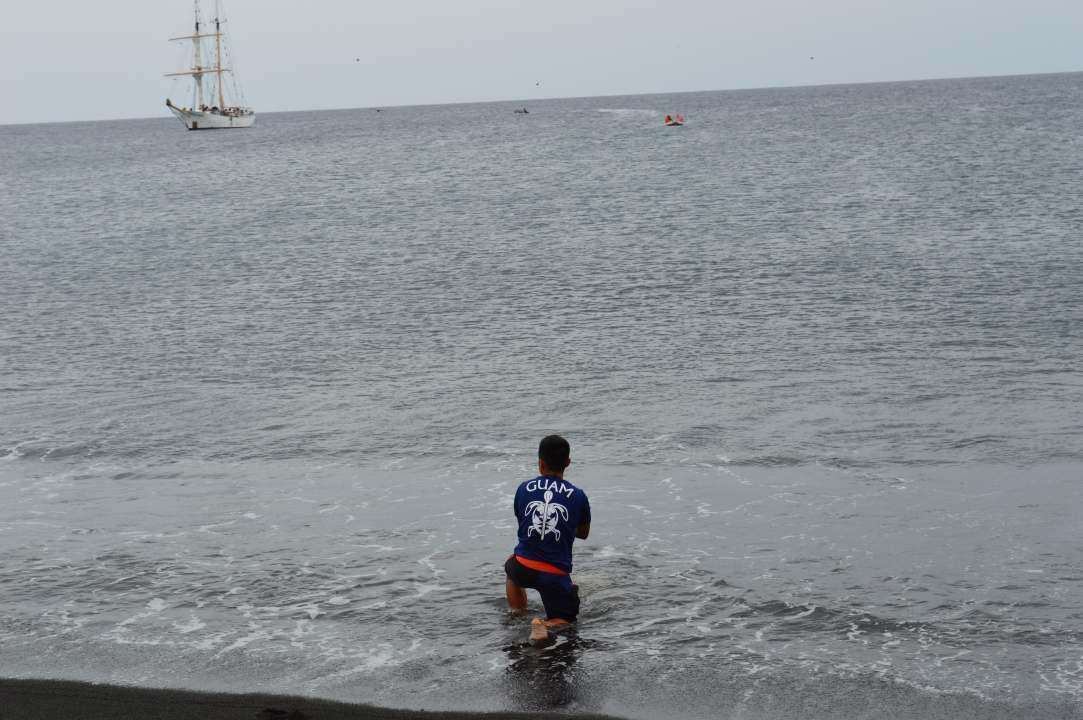 As I attempted to free my feet from the soft volcanic sand, my perspective took shape. The black volcanic sand gnawed at my feet as I crawled up the dune where I was met again with the unrelenting southeasterly wind. To my left Hunga Tonga, a 150m high, former island blanketed with vegetation, towered over. On my right, Hunga Ha'apai, also a former island stood in the distance thinly populated with green. Finally, to the center stood the body that bridged the two, a 120m gray volcanic crater. Frigate birds, brown boobies, sooty terns, and thin gray clouds hung over head; tall grasses, trees, coconuts, ferns, hanging vines blow in the wind, and (reported) rats and insects scurry through the brush. Hunga Tonga-Hunga Ha'apai is young, and nature is quickly adapting and exploiting this union.

It still is surreal to be on Hunga Tonga-Hunga Ha'apai as the island is only four years old and fewer than 40 people have set their feet on this volcanic island. As some of us have talked to some Tongans while we were in Vava'u, thankfully there weren't any bad omens or disrespect to their culture for us visiting the island and collecting data unlike other Polynesian islands such as Hawai'i. It is a bad luck to take rocks from the islands of Hawai'i as bad things happen to those that take rocks out of the island. Some people have mailed the rocks back to island in hope to get rid of the bad luck. From where I am from (Guam), it is important to ask for permission from the ancestors to enter certain areas or even to pee in the jungle. Although the people in Vava'u told us there is nothing to worry about, I wanted to pay respect to the island as soon as we got on the shore. 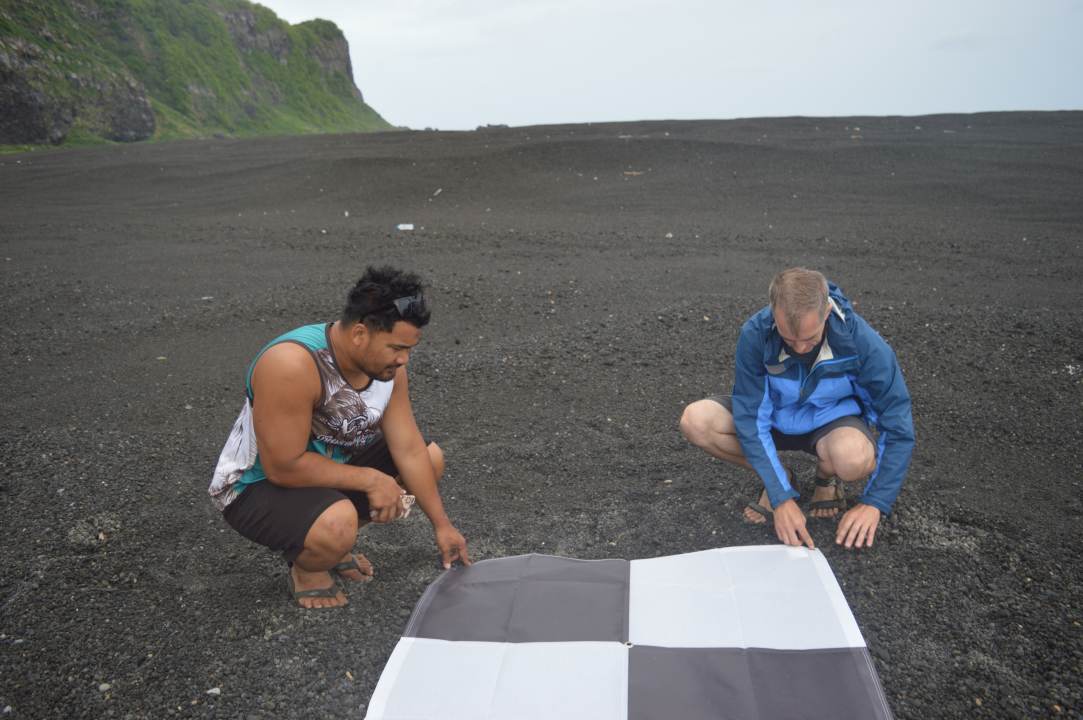 As a Pacific islander, respect is the most important virtue when it comes to every aspect of life. After I did my little prayer on the shore, all the crew got together to pay respect to the island. Soon we were off to complete our mission to help gather data in collaboration with our partners at NASA and with permission granted from the Kingdom of Tonga.