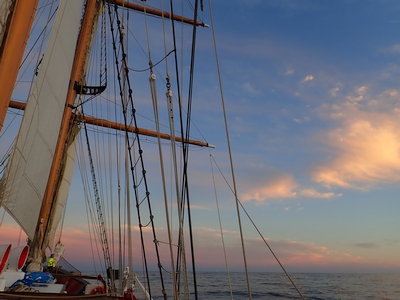 Hello mom. It's been a while. It's your great son, Phoenix, speaking from far away out at sea. Just know that I miss you, and my friends back home. I am missing the cats dearly and have started to draw sharks teeth just so I wouldn't forget what they look like. I really am looking forward to seeing all your faces when I get back and I'm still lamenting on whether I'm going to hit a creek first, a shower, or my bed.

Now that you know that I still love you, it's time to get right into the blog. Here have been some of the highlights of the trip:

Day 17: A beautiful sunset (Or rise don't quote me)
Yeah, not really much to harp on the photo kinda speaks for itself. However, I do remember this being the first day I wasn't sea sick so that's definitely a good moment there. (See photo above.) 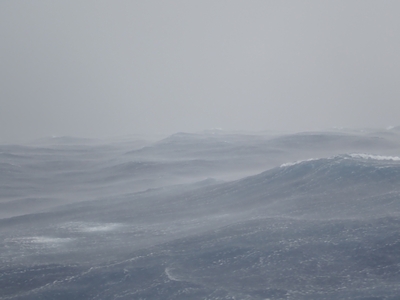 October 19/20: TSUNAMIS
Yeah, there were some really REALLY big waves. Everyone kept telling me how these weren't tsunamis but I beg to differ. There were some that were over 20 feet. It was spooky. By the time the fear wore off, I was just praying for it to stop so I could get some much needed rest. I was just glad when it was finally over that this would probably be the only gale I sat through. 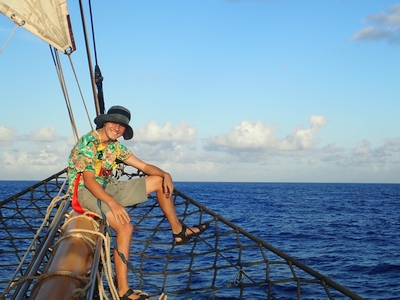 October 22: ANGEL SHARK!
Don't quote me on it but I'm pretty sure that this was the picture that was taken right before the sighting. I remember waking up that morning and deciding to spend my free time of the bowsprit. Best decision ever. I saw a large diamond shaped figure with the tail of a shark swim through the water. Even as far North as we were, I assumed that it must have come up from the gulf stream or the tropics below. That is a moment I will never forget. 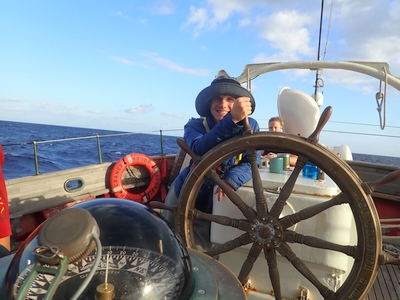 October 24: Helm
That's me on helm! I'm the one trying to steer the ship in the right direction. (Shelby, one of the stewards, is right behind me). 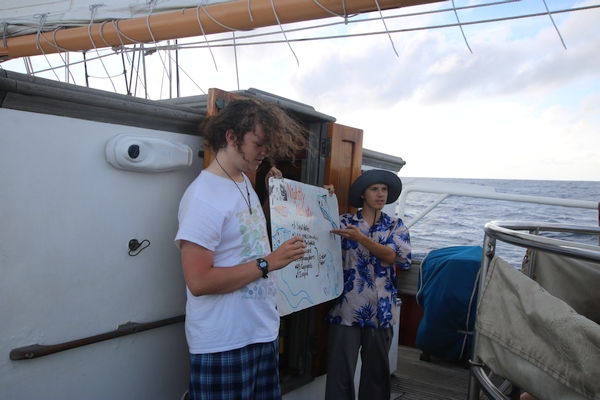 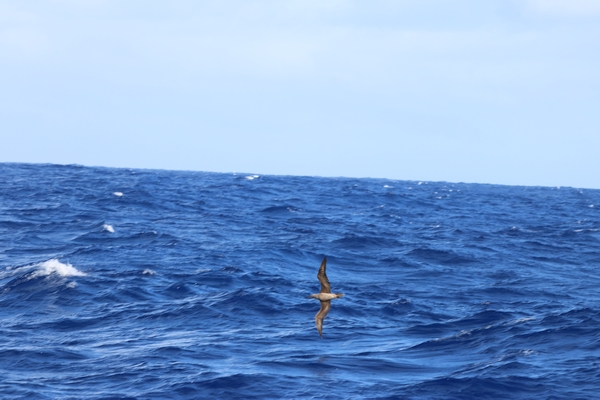 October 28: A day in which will live in infamy
There are no pictures of what happened on this day. Some goofy goober left the flush on the mid head toilet without properly pulling up on it. I was the one who had to go clean it. Everyone was insisting that the water was "fresh" but I beg to differ. It was definitely brown and it most definitely smelled, all around atrocious. I wouldn't recommend doing this if you enjoy hygiene in your daily life. 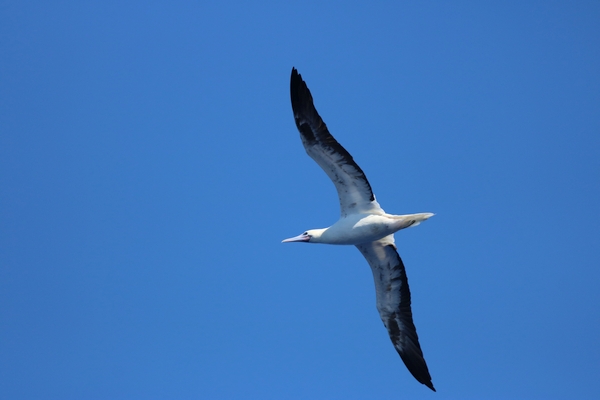 October 30: The showoff
Yeah, this boobie (not kidding that is the name of the bird) was showing off that day. It caught not one, but two flying fishes midair. I thought it was super cool, and had the pleasure of witnessing both events happen. 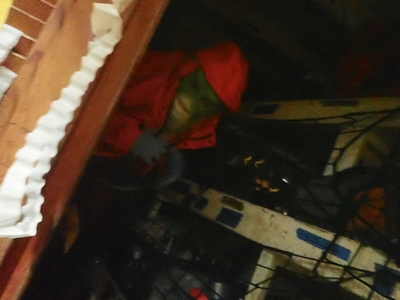 HALLOWEEN: SPOOKY FRIGHTS AND BONE TINGLING NIGHTS
That's right; it was once that time in the year to get spooky. There were shivers, there were frights, there were screams, and there were creepy crawlies coming out the wazoo. The first one was this spooky boobie that came out of nowhere. 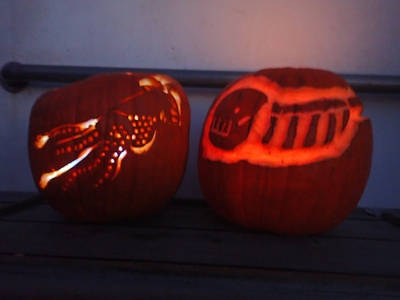 It was very spooky indeed. Then, there was the monster in the closet who hated caramel.

This was believed to have been the last photo taken of the poor soul who offered it caramel. I believe that this monster may have had something to do with the mid head flooding, but I of course am not going to question it for I fear I may get an answer I don't want. Next were the spooky pumpkins, out of the three, A watch (my watch) won! Ours was the squid. I feel like we would have faired better if we went with my ideas of either a sussy baka or a biscuit. (I don't expect y'all back home will know what I'm talking about but for the ones here on the ship, you know it all too well).

November 1: Flashbacks
I heard from my bunk a splash, and then some groaning. Went to investigate and the worst scenario I had in my head played out. The goofy goober was back, and with a vengeance. There was head water all over the floor. I saw terrible flashbacks play in my head from the last time the handle was left down. The whole thing was a disaster. I ran back to my bunk and went to sleep trying to not think of that dreaded day that would live in infamy.
Thankfully, someone else cleaned it this time. I've been having some flashbacks ever since "that" day and I don't ever step foot in the mid head. The smell is still as fresh in my mind as the day it was conjured.

November 2 (today)!
Today, I did dishes and did a lot of hauling lines as well. Here I am pictured, along with Taylor (far right), Anna (to my left), and Katherine (upper right) hauling on the Fish Halyard; while Zuza, and watch officers Rocky, and Colin look on.  There's never a day that we don't give the Cramer its best. 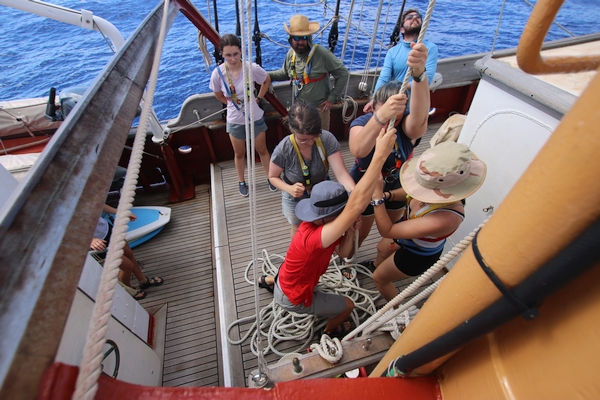 Final Words:
Mom, friends on the dock, my two cats, and my thousands of fossils back home, I love you all. I miss you guys dearly and hope to be back soon. Know that I am having the time of my life out in the great depths and know that there are so many wonderful people here. I hope this finds you well especially, mom, I know you want to hear from me more I wish I could write you every day but this is the best I can do. I love you and extend my best wishes to all of you guys back home. Tell everyone I said hi.