How do you spell ‘shanty’? 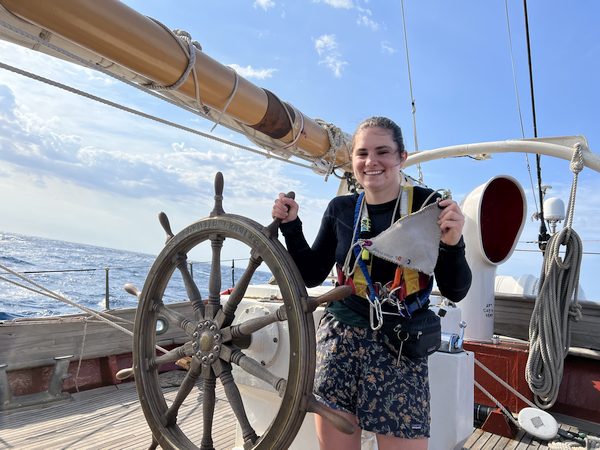 Elizabeth with the JWO mini-raffee sail

Description of location
North Sargasso Sea near the Gulf Stream

Greetings from the Cramer! As we continue our journey to Hudson Canyon, we continue to engage in learning the way of the sailor. This morning our plan to cross the Gulf Stream was thwarted by the weather, bringing wind and wave action with it. 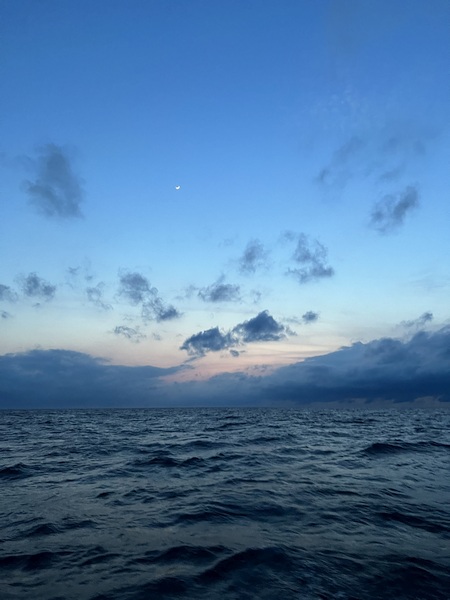 Even though we had to put our science on hold for a little while, it was nothing the Cramer and her crew couldn’t handle. The swells began to even out so we are planning to cross the Gulf Stream between tonight or tomorrow.

The Quarterdeck on most days is filled with jam sessions and guitar lessons,  but today we got a spectacular lesson from our Third Mate, Thane, in the art of sea shanties. Sea shanties were songs constructed in a way that they were used as work songs, which have developed into their own subgenre of music in the modern day.

We all enjoyed learning the different types of songs and their variations, and of course, singing along! Some of us who are well versed in the genre got a chance to teach the class what we knew too! During our class we also learned there were many variations in the spelling of the word ‘Shanty’, some spelled it with a ch and some with an ie at the end; how do you think it was spelled? 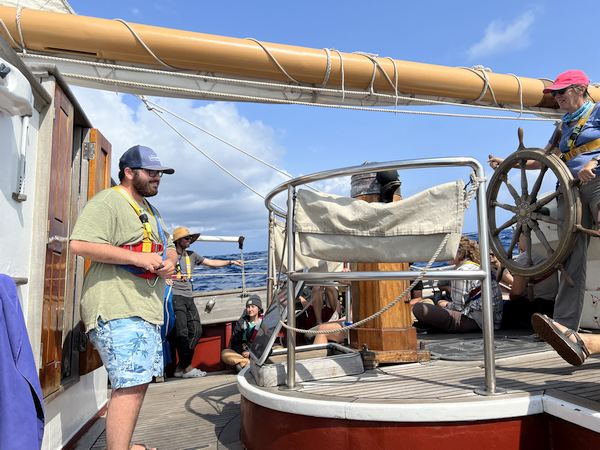 Gabe teaching some sea shanties to the rest of the crew

We have also officially begun the Junior Watch Officer (JWO) phase of our trip! Everyone did so great during the shadow phase that we are all excited to see what the JWO phase brings next on our journey aboard the Cramer!