Lionfish are Food, Not Friends

Aidan McEnroe, A Watch, Gap Year (but Stevens Institute of Technology in the fall) 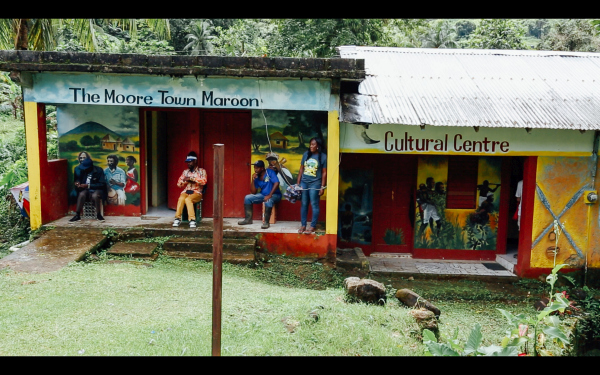 Ahoy friends, family, friend's family, and family friends. To start out I must apologize for not writing sooner. I was convinced that I had signed up to write for the 9th but the schedule clearly showed I was two days too late. So the delay in an update is entirely my fault and I must relay my deepest apologies. From what I see here there has been no update since before arriving here in Jamaica, so I will do my best to give you an overview of the events aboard and ashore. 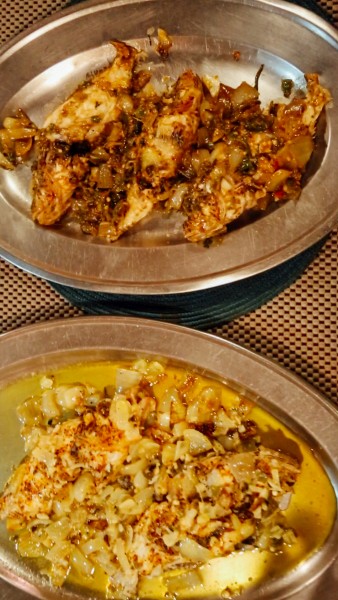 We arrived here in Port Antonio on March 7, 2018 (the day I was supposed to update our amazing followers). As always, A watch was on deck to bring us into port and of course it was in the middle of a huge squall. Towards the end of watch Cap called general quarters (all watches on deck) to come alongside. Once docked (a truly incredible process to be a part of, docking a 134-foot brigantine with one engine and no thrusters, very impressive) we began to clear customs (a process that lasted longer than securing the deck, eating lunch and learning in class). The rest of the afternoon was free time for most. Some students, including yours truly stayed on board to meet the staff of the Alligator Head Foundation and give them a tour of our floating home. We invited them to join us for dinner and learned a lot about all of the conservation work the foundation is doing in Portland (the parish that Port Antonio is in). Everything from establishing and patrolling MPA's (marine protected areas), to mangrove nurseries, to lionfish culling, reef nurseries and restoration, public outreach and education, and so much more. After dinner, C watch had the deck so the rest of us went out for a night on the town. Great fun was had by all and everyone returned by curfew of 2200.

The next morning dawned gloomy and wet again. And I have just been informed that both yesterday (the previous paragraph) and today (this paragraph) have already been covered by Nick. So you have already heard about our harrowing snorkel survey expedition in the downpour. But that is where Nick and I parted ways and as such we have different tales to tell. Following our trial by water, I showered on land before leaving the marina in search of lunch. The search for lunch was quickly interrupted by a need for some of the world's third best ice cream (officially). Once cravings were satisfied our bodies were crying out for sustenance so we returned for the marina for lunch (originally we planned on going out and getting jerk chicken from a food truck but we spent all of our cash on ice cream and the marina was the only place we had found that accepted cards). Lunch was followed by a cab ride to the home office of the Alligator Head Foundation.

Katherine and I kayaked around Turtle Bay until Denise (the fearless leader of the foundation) returned from her meeting. Denise explained more about what the foundation was doing in the parish of Portland. She talked about all the extensive projects and additions they were doing with a team of just 6 people. It truly is an incredible conservation organization.  I was also able to talk to one of their divers, Dwight; a former spearfisherman turned conservationist who did most of the diving for the foundation. Naturally I was interested in their efforts to cull the invasive lionfish population in the area (the lionfish invasion of the Caribbean is the topic of my change project (one of our two major projects)). I was especially interested to know if I could find it in any local restaurants or markets (more on this later) but sadly I was discouraged. After learning all that we could from Denise, she offered to give us a ride to Blue Lagoon where we had planned to meet some of our other shipmates. This is where Nick and my story reconnect.

About a third of our ships company met at the lagoon and we all were very excited to swim. The lagoon is beautiful (google some pictures) it is over 600ft deep according to a local captain I talked to, and it is the meeting place of the warm sea and a cold fresh water river. Swimming through it was like showering in one of those showers that never stays at the same temperature (freezing then really hot then freezing then really hot then freezing etc.), quite the experience. We swam across the lagoon to a sturdy old Indian almond tree growing over the water. We quickly figured out various ways into the tree (straight up the ropes swing, up a different rope then climb up the tree, sloth style, and a few others) so that we could jump or swing off and practice our acrobatics. Claire yelled "Hot Comin Down" when she jumped out of the tree.  Aside, Claire also says hot comin out every time she gets out of her bunk because the steward always says hot comin out when bringing food out of the galley to the table. We became friends with Andre, a bartender at the lagoon who had the day off and decided to kayak over to the tree. We learned a lot about local culture, and also a lot about our various change paper topics. But mostly we just had a ton of fun. The lagoon trip finished off with a very expensive cab ride back to the Marina where we got ready for a fun filled night on the town.
Everyone had a great time and made it safely back to the Cramer for our 2200 curfew. "One of the best days here" - Claire

Friday dawned gloomy and wet yet again. Today I was assistant steward, so I didn't have to stand a night watch but I did have to get up at 0530 to help Bonny (third assistant scientist) make breakfast (Ger our fearless steward had the day off). Bonny had already finished the bread pudding when I arrived half asleep to the galley. So all I had to do was help make the sauce, and the eggs, and the OJ. After a truly delicious dessert breakfast of rum raisin bread pudding Bonny and I set out fixings for everyone to pack our lunch. Why pack a lunch you might ask? Because it was FIELD TRIP DAYYYYYY. We all packed into two tiny 13 passenger vans and drove through the mountains up winding switchbacks to the Maroon community of Moore Town. The first part of our visit was spent listening to and asking Colonel Sterling (the head of the Maroon community) questions about history and culture. We then had a break to eat those delicious packed lunches and walk around the town. Our visit concluded with an incredible traditional drum and dance performance followed by another talk with Colonel Sterling.

We are all truly lucky to have been invited to watch such a spectacular tradition. But then it was time to pack into the sardine cabs and drive back to the marina. Once we returned we were free to explore Port Antonio and after such an arduous ride it was time for drinks and food at the bar. Then several of our compatriots (yours truly included) took a stroll to the market where we bought gifts to bring to loved ones back home. After running out of money I returned to the marina bar to utilize their Wi-Fi and get some work done. I returned to the ship at 1700 expecting to help heat up leftovers for dinner but I was met with a surprise. Dwight (the spear fisherman turned conservationist who worked with the Alligator Head Foundation) had gone diving that morning to bring some lionfish for me to prepare and eat!!!!!!!!!! They were in a container in the reefer (refrigerator) labeled LIONFISH DO NOT TOUCH!!!!!! So naturally I asked MJ (our super cool TA who's worked with lionfish before) to help me prepare them. She cut the spines and fins off, Bonny and Kevin prepared the fish (while I heated up leftovers for everyone because even though we had 5 lionfish they were not enough to feed everyone), and then Bonny, Kevin and I prepared them (one in an onion and jerk sauce, the other in an onion, garlic, lemon, butter sauce), and then we devoured them. I was so excited, my project had come full circle and I had completed my goal of eating lionfish in the Caribbean. The rest of the night I had watch and study hall and then bed at 2300. Overall, this has been my favorite port stop so far!

- Aidan McEnroe, A Watch, Gap Year (but Stevens Institute of Technology in the fall)

P.S. Hi Mom and Dad and Maeve and Aila and Grandma Alice and Grandma Marie and Sam and Chad and our friends on Seamans I miss and love you all and am so excited to share this experience with you whenever I get home!