Message in A Bottle 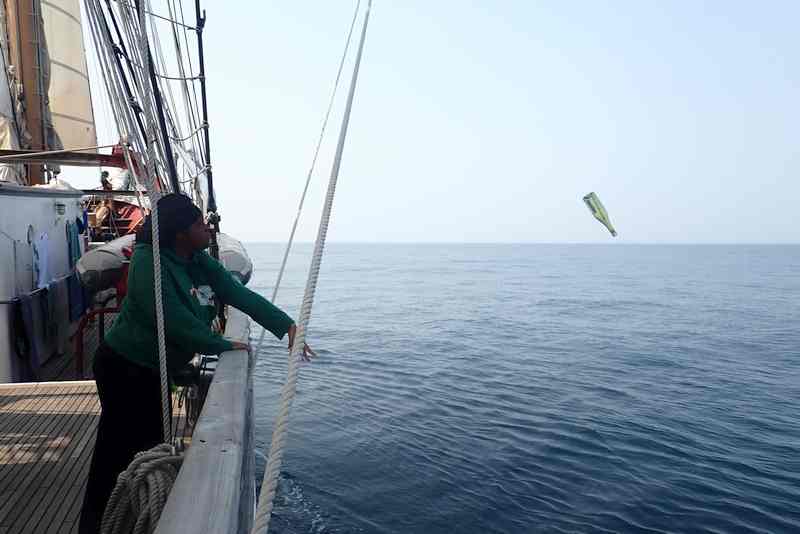 Gabby sends off her message in a bottle!

Today was a bit calmer and more routine than the previous days and was the second day of 24/7 watches and sailing. People were starting to get into more of a routine of going to sleep during the day for midnight watches. In the morning the ship was hove to off of Cashes ledge and we did multiple science deployments. The class learned how to work a sextant and the basics of celestial navigation. One of the deployments was a styrocast which is a fancy way of saying we put cups in panty hose and sent them into the ocean to observe the link between pressure and depth.

We saw two sharks around midday and also (possibly) saw a mola mola. The highlight of our day was the message in a bottle which most of the crew participated in. It has been a pet project of the Captain's since he was a young boy sailing around the world. We are all wondering if our message will ever be found or if it is forever lost to the ocean. C watch took on the evening watch (1900-0100), during which we were hit by a strong cold front passing overhead. We hove-to and stayed safe in the lab house from the wind and rain. Overall it was an excitingly busy day full of science and sailing!