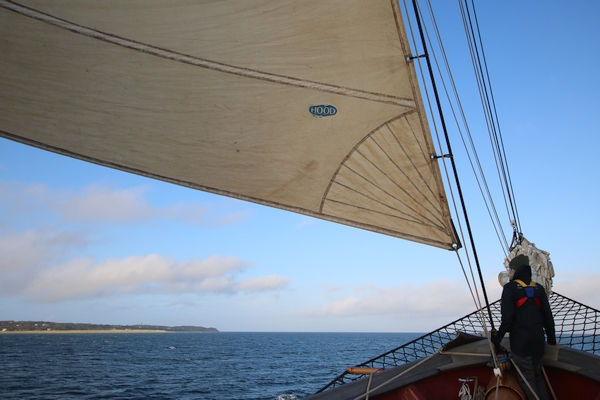 Another busy day as everybody is still getting used to the watch schedule as well as the disorientation that comes with the floor, or rather soles, being constantly in motion. According to dawn watch they spotted bioluminescent dolphins before daybreak this morning, which must`ve been even more glorious than it sounds given how perfectly picturesque the sea looked today. 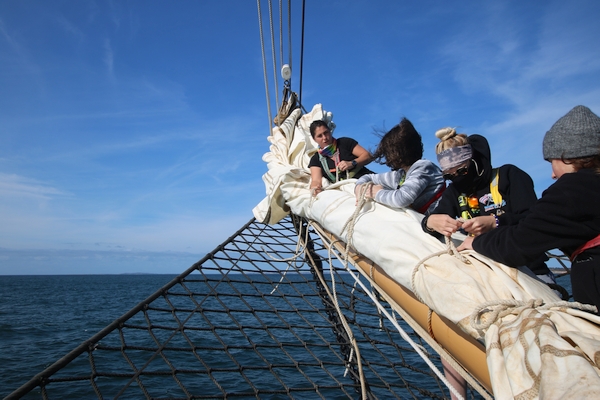 In an equally exciting turn of events, last night A Watch deployed our first proper Neuston tow, which left us with a lot to analyze today, though not enough to impede the slew of other deployments we did today, including but not limited to a second Neuston tow (which was nearly hit by a small buoy, but wasn`t thanks to some quick maneuvering on the part of whoever was dancing the net).

During snack break today Shelby and Will served chocolate covered saltines, which as it turns out is a surprisingly good combination. Captain Alison dedicated the last hour of class (1430-1630) to study hall today which was nice since it meant we could study with pretty much any combination of people regardless of watch group. 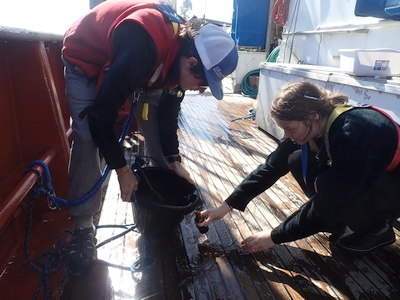 Apparently we are now heading away from the coast towards the open ocean, which I think I can safely say we are all very excited about. Something about the idea of being able to spin in a circle and see a level horizon of water all the way around is deeply appealing for some reason, and not just for nausea relief purposes.