Report from the Phoenix Islands 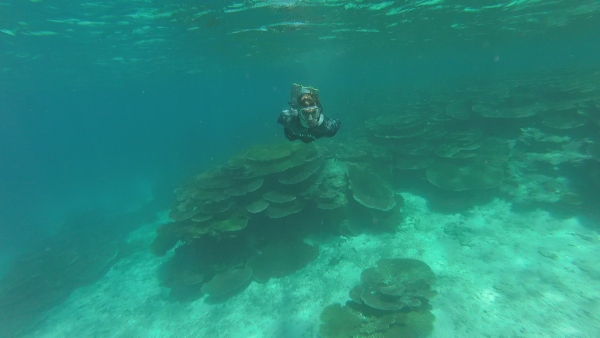 One of the things I have learned so far in this trip is that things can change in an instant. Skies go from clear to cloudy, wind fills in from almost nothing to practically gale-force, and a sunny day can turn into thunderstorms, all in a matter of minutes. So for us students on the SSV Robert C. Seamans, one of the most valuable lessons has been adapting to these changes.

When I first boarded the ship in American Samoa, what feels like months ago but has barely even been weeks, I faced just about the most dramatic change of all: going from land to sailing in the worst weather we've seen on the trip. Those first few days felt like a headfirst dive into the deep end, the constant rolling of the ship over 12 foot swells making sure that I quickly became well-acquainted with the leeward rail. But I was able to adapt to the seasickness by focusing on learning how to run the ship and helping each other out with the (now) elementary tasks that proved incredibly challenging with an upset stomach.

The next big change came when the seas calmed a few days into the trip and my stomach began to settle. Now, I was able to truly get to accustomed to life onboard: the duties of standing watch, making sure to show up to the correct meal seating, and especially the importance of sunscreen (I promise I'm wearing it, Mom). I was finally able to get comfortable in the routine of things, start science deployments and lab analyses, and familiarize myself with the layout of the ship and the skills I must learn to become a proficient sailor. 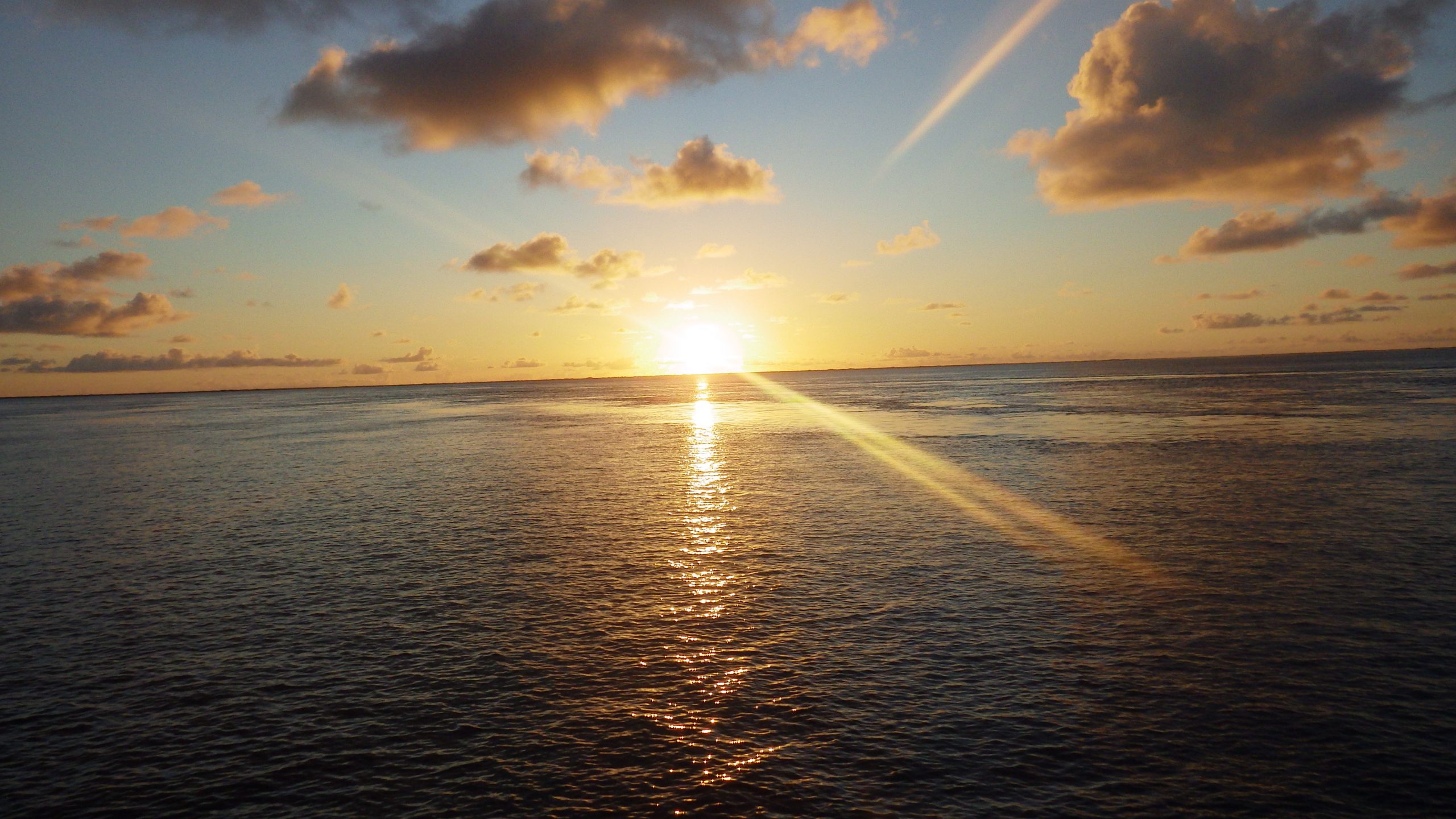 Now that the ship has docked in Kanton, life has changed once again. We are all sleeping at night again, which may sound strange to those not accustomed to standing dawn watch from 0100 to 0700, eating breakfast, and then going to bed immediately after and sleeping until class at 1430. Being alongside means that fewer hands are needed to run the ship, so we get plenty of time off to explore Kanton. Popular activities so far have going to the beach, taking hikes into the village, playing soccer with local kids, and snorkeling around the extensive coral reefs in Kanton's waters.

PIPA has been described as containing one of the last coral wildernesses on Earth, and after just two days in Kanton, I think everyone would agree with this assessments. Swimming around a "castle" of plate corals or diving down to see corals growing out of an old World War II shipwreck proves that these reef ecosystems are alive and thriving, abundant with fish and other marine life. But why are these some of the last healthy reefs in the world?

Unsurprisingly, because of us. Two of the main threats to coral reefs are ocean acidification and increasing sea temperatures, both results of the massive amounts of greenhouse gasses humans emit into the atmosphere every day. Carbon dioxide, released during the combustion of fossil fuels, traps heat in the atmosphere, causing ocean temperatures to rise. Corals, which prefer to live in specific temperature ranges become stressed as waters warm, and eventually will expel their symbiotic algae in a process called coral bleaching that almost always leads to the death of the coral.

Increased carbon dioxide concentrations in the atmosphere also lead to a higher dissolved carbon dioxide content in the oceans. A series of chemical reactions between this gas and the seawater lead to the dissociation of protons in the water, the phenomenon we know as ocean acidification. The decreasing pH of the ocean leads to the dissolution of the calcium carbonate skeletons of corals, also causing mortality.

So with the constant anthropogenic threats to corals, how have the reefs of PIPA survived? In the early 2000s, a dramatic El Nino event caused increased ocean temperatures and a widespread bleaching event in reefs across the Pacific, including in PIPA. While some reefs were not able to recover from this catastrophic even, the coral in PIPA proved resilient and grew back in abundance in the following years. A more recent El Nino event that caused extensive bleaching and coral death in the Great Barrier Reef in Australia seemed to have little effect on the corals of PIPA.

Again, what is so special about these reefs? Are they safer from the effects of climate change because they are contained in one of the largest marine protected areas in the world and don't experience other anthropogenic threats like overfishing and pollution? Or have they been able to adapt to global changes in some way that other corals across the globe have not? Hopefully, the data we are collecting aboard the Seamans can provide insight into this unique ecosystem and point us in the right direction to the answers to these questions.

What is certain, though, is that there are limits to the changes corals can endure. For many of us students, we were never able to fully adapt to the conditions of the first few days of our voyage, and it was not until the sea state calmed that our seasickness also subsided. Humans cannot expect to keep releasing carbon dioxide at current rates and not see mass extinctions of not only coral reefs but also countless other marine and terrestrial species and ecosystems. Ask anyone in the class of S-287 and they will tell you that the experience of exploring the reefs of Kanton has been unparalleled. But unless humans make major changes to their resource consumption and pollutant emissions, even the last coral wildernesses on Earth will soon be gone.