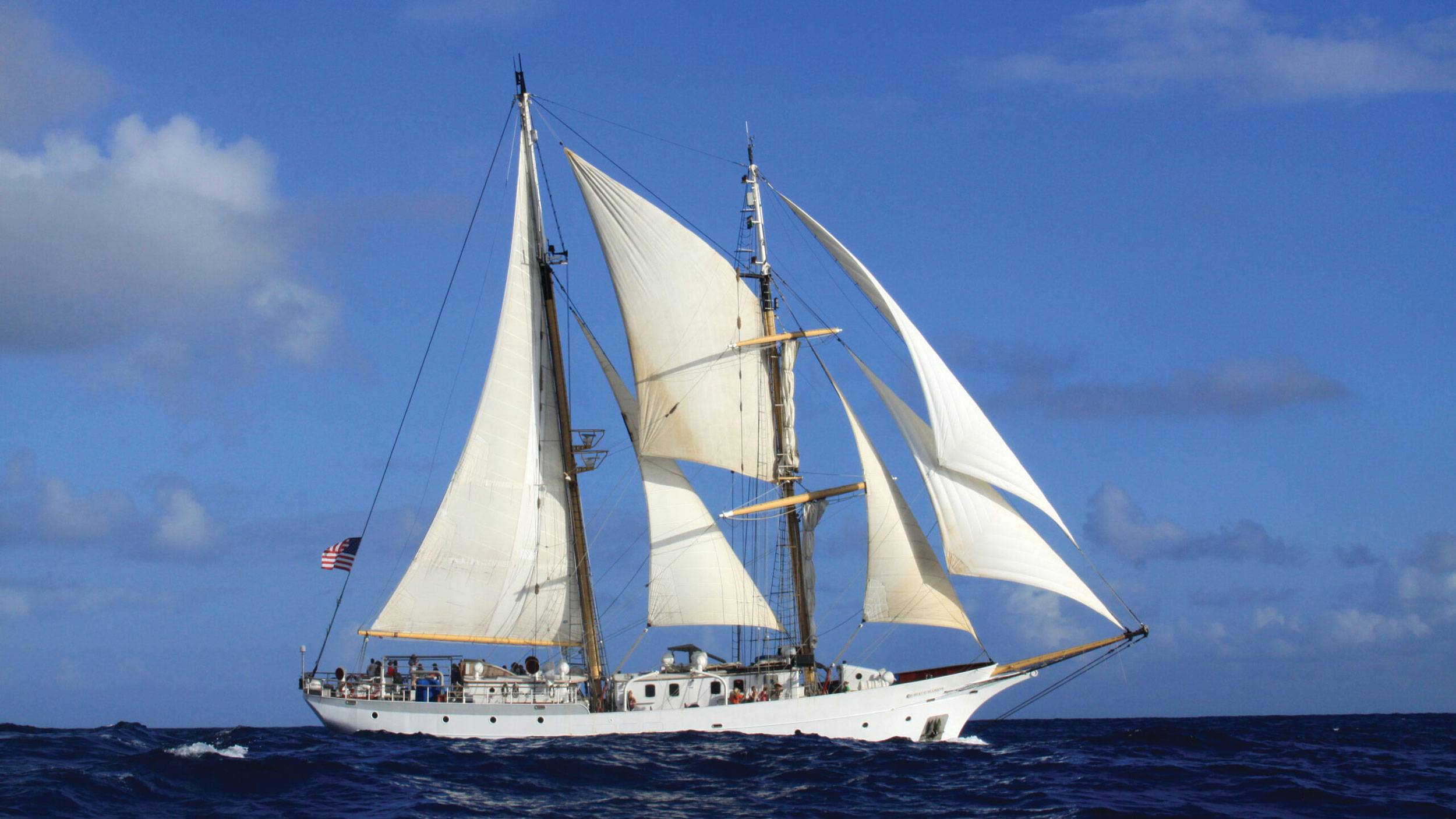 1st of December always marks the beginning of a countdown: to Christmas, to New Years, to the end of this decade (!) and this time, to the end of our time at sea, SEA, and with each other. That makes this year’s countdown feel a little more bittersweet than usual, as we have only a couple of weeks left.

Nevertheless, it was a day like any other here onboard. B-watch got to sleep in after the previous evening’s watch, waking up to not only the sun but to actual land on the horizon! Shipmate Jessie got to live out her pirate dreams of yelling “land ho!” when land was spotted during dawn watch.

During the afternoon, B-watch struck the sails, one by one, as we motored in to Hawkes Bay looking a little naked without them.

Anchoring changes our schedule somewhat – instead of steering, taking weather reports and hourlies in our logbook, we instead do partial weather observation, anchor-checks and look at our bearings (to make sure we are staying put). Our bearings ended up being a red and white chimney, a tall lonely tree, and a part of the cliff that was not covered in vegetation (it was decided that the cows would unfortunately move around too much). Being this close to shore means we get a higher influx of different seabirds, instead of just the occasional visitor, making it easier for George to continue longer screaming conversations with the seagulls.

For everyone else not on watch, today was a day of relaxation and catching up on overdue homework, since we had afternoon class off.

Today is not only December first, but also the first Sunday of advent. Had I been home in Denmark today, it would have been cold and dark, but the advent candles would have been lit and we would have gathered in the living room with butter cookies (yep, those ones in the “sewing supplies” tin). My sister would have been forcing us all to eat rice porridge with cinnamon and butter, drink nisseøl (elf-beer) and watch Christmas television.

Instead I was on sea along the coast of New Zealand, singing songs and playing Bananagrams with my friends and fellow shipmates. Spirits were equally cozy, but I did have to convince them of some of my words (yooo, juj and faore). Life is pretty wild and weird at times, even when it appears to be mundane and regular, on a day like today.