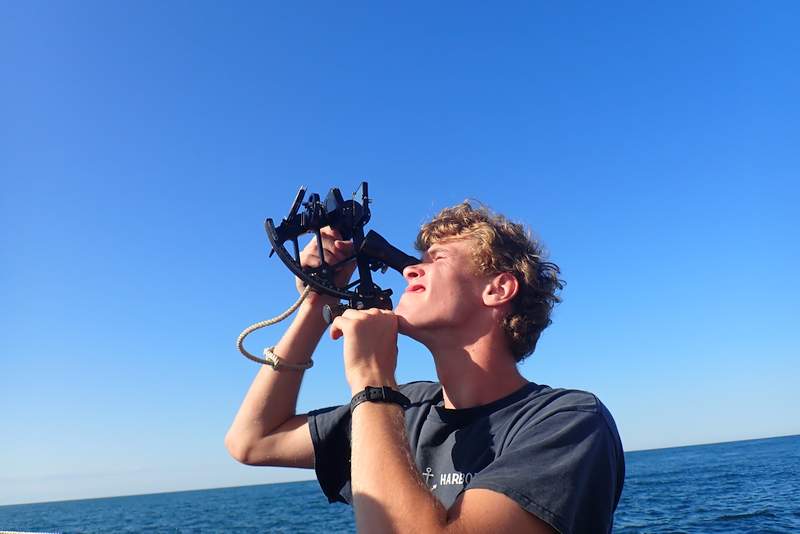 Curtis uses a sextant to determine our position in the ocean

We left our anchorage in Narragansett, Rhode Island near Judith Point. It was a perfect day to set sail! We set the main, main staysail, fore staysail, jib, and the jib topsail. Near Block Island and the wind farm, we deployed a new net today at about 1100. This net is called the meter net and it was towed 30 meters below the surface, collecting phytoplankton and zooplankton samples. Unlike the neuston net, this net samples deeper waters and has a more complicated deployment procedure. 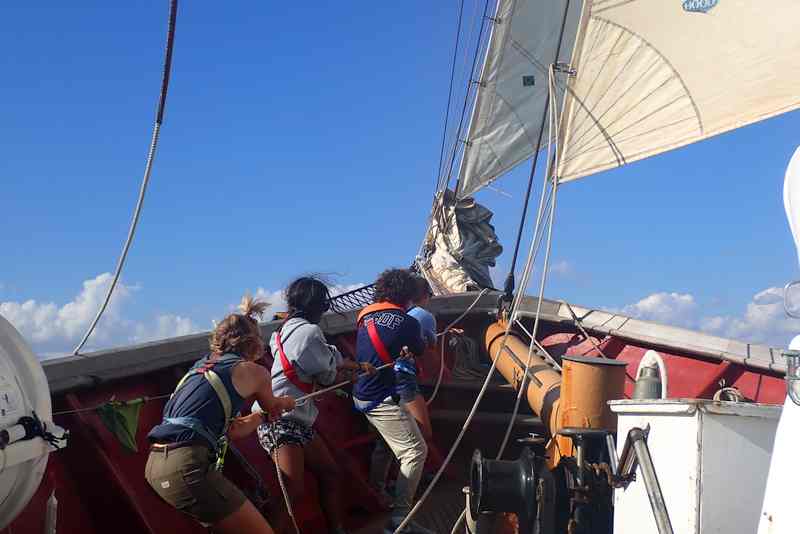 In order for the net to avoid hitting the boat it is crucial that the stern be turned away from the deployment side. After the deployment, which took 30 minutes in total, we headed into Narragansett Bay in order to circumnavigate Conanicut Island/ Jamestown Island because of rough weather out in open water. For class today we practiced our emergency drills such as the Man Overboard (MOB), Fire, and Abandon Ship. After class and the completion of the circumnavigation, the weather had subsided in the evening and we returned to the open water for another meter net tow and other scientific deployments.