Science withdrawals and the unpredictability of caffeine 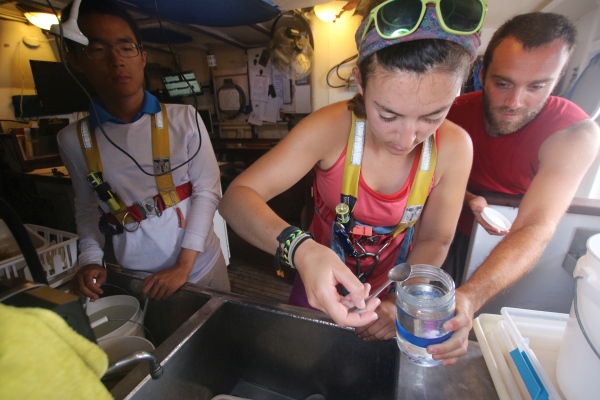 Hey readers, hope this finds you all well.  Our first full day of sailing since leaving Grand Cayman has been an fun one, for sure.  I was woken up at 0230 this morning for Dawn Watch, which is always an interesting time.  I was standing deck watch, so I got the chance to take the helm for a while (no mom, I didn't hit anything, unlike some other people I know J), catch some spray while up at lookout, and shoot some stars and Jupiter using a sextant, which was a totally new and awesome experience.  I also had a great time educating our mate Kevo, our TA MJ, and our JWO Meredith on the ins and outs of Buffalo Bills football and the emotional roller coaster that being a Bills fan entails. 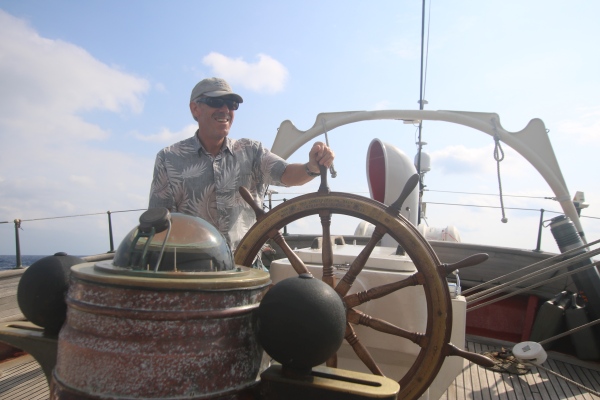 I'd also like to take a moment to recognize the truly amazing connectedness of people from Buffalo.  It's said that almost everywhere you go, you'll either meet someone from the good old 716 or meet someone who is good friends with a Buffalonian.  That was proven this morning as I was talking to MJ, who is good friends with someone I went to middle school with.  Anyways, I digress.  In a valiant effort to stave off the typical dawn watch drowsiness, I attempted to get ahead of the curve and have a couple cups of coffee around 0500.  While I was successful in getting that boost of energy, this would prove to have unforeseen consequences later in the morning.

After being relieved by B Watch (nothing but love for y'all), went below for breakfast, which was oatmeal with ten different toppings to choose from, and finished up our daily cleaning, which entailed cleaning the soles, nautical talk for the floors.  After that, I had every intention of sleeping until lunch, going to class, and then getting another couple hours of sleep between the end of class and our next watch from 1900-2300. 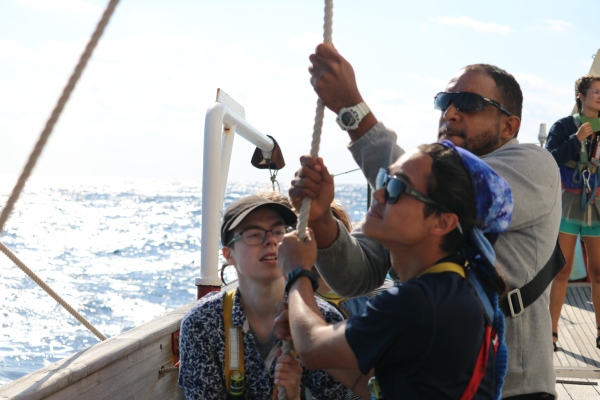 Unfortunately for me, this dream of blissful sleep was not to be; the coffee, which I thought would be out of my system, decided to kick itself into overdrive right after breakfast.  As a result, I tossed and turned for four hours and was unable to get much in the way of sleep.  Not to fear however, as I must have ingested some kind of super strength, high octane coffee that is still driving me right along.  I have learned my lesson, and now intend to limit my coffee intake later in watch.

Something of interest to note concerning the current state of science on board the Cramer.  As we are now in Cuban waters, we are unable to conduct any of our usual science experiments and stations, due to the fact that we were unable to get a Cuban observer on board.  Thusly, we have suspended any data collection until we are in U.S. waters.  Never to fear however, as science never truly sleeps; we students are using the interim time to work on oceanography projects and reef survey reports.

In closing, I'd like to leave you all with a quote given to me by my brother.

"Twenty years from now, you will be more disappointed by the things you didn't do than by the ones you did.  So throw off the bowlines, sail away from safe harbor.  Catch the trade winds in your sail.  Explore. Dream.  Discover." - Mark Twain.

I feel that this speaks to the heart of the students here on board.  We have all pushed ourselves beyond our comfort zones in our desire to learn more.  I am so proud of everyone on board and am glad to share this journey with each and every one of you.