SEA collaborating with WHOI to study the ocean’s twilight zone! 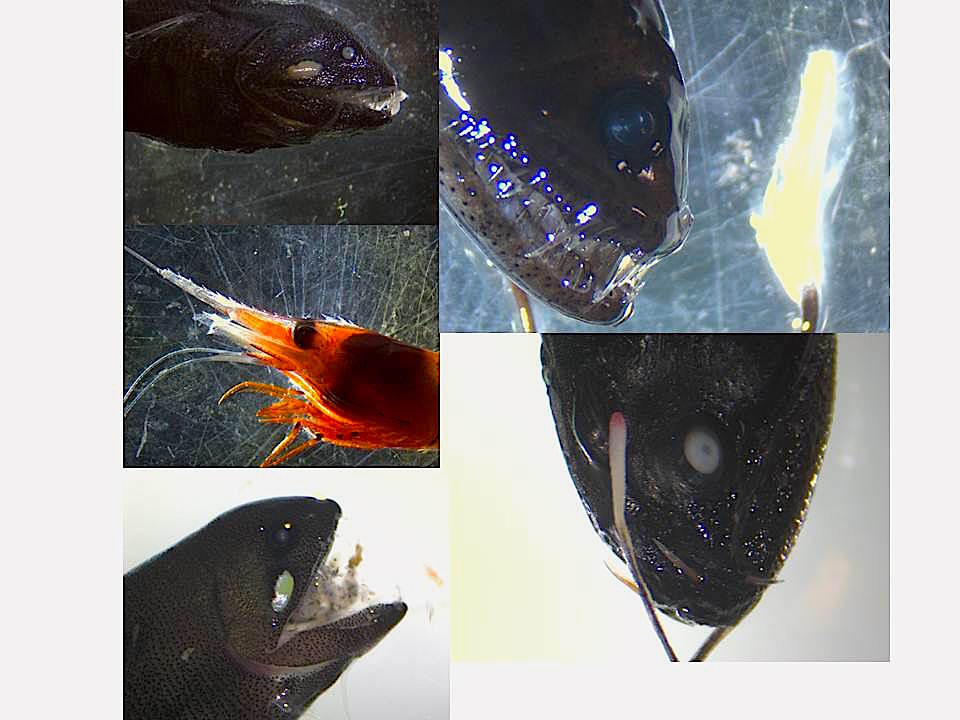 Some twilight zone species collected at different locations in the Sargasso Sea.

This morning we sailed from the Bermuda exclusive economic zone (EEZ) into the “area beyond national jurisdiction” (aka the “high seas”) in deepwater (about 5,000 meters) on the Cramer. Our progress is marked by twice-a-day collections of ocean water as well as surface and deep-ocean net tows. It was an occasion for the first meeting on the high seas of the marine policy class, providing an opportunity to discuss the current negotiations at the United Nations on a new treaty governing conservation of the biological diversity of the high seas.

While in Bermuda, we heard from our friends and local experts Tammy Warren, Robbie Smith, and Kevin Mayall about the headway made by this small island on managing its marine resources. The government’s ideas include developing deepwater fisheries capacity, jump-starting marine finfish aquaculture, and investigating renewable energy. All would be planned to achieve a sustainable use of Bermuda’s slice of the oceans.

Beyond Bermuda’s territorial sea, there is nothing but rolling ocean, punctuated by visits from Atlantic spotted dolphins and fields of Portuguese man o’ war. The community aboard the ship is in perpetual motion, and everyone - from the professional crew, to the faculty, to the students, and other voyagers - is involved in teaching everyone else. This research cruise is a prototype for scientific engagement.

The expedition’s scientific mission is to measure and describe the biological diversity among a variety of taxonomic groups inhabiting the Sargasso Sea, the high seas region of the North Atlantic. As part of this effort, this cruise involves a unique collaboration between SEA and WHOI on investigating the ocean’s twilight zone, the region of the ocean between 200 and 1000 meters, where little to no light exists. Scientific sampling of the twilight zone involves the collection of seawater at predetermined deep and shallow depths. The deep depth is often around 500 meters, while the shallow depth is just below the surface. This is due to the fact that some of the twilight zone’s creatures migrate each evening toward the surface in a feeding frenzy. The samples are filtered for analyses of genetic material in the water, referred to as environmental DNA (eDNA). This will provide information about the presence of species in the area without having to collect the organisms themselves.

Alongside the water samples, net tows collect twilight zone fish and other creatures, including those pictured above. The denizen on the upper right was caught on the surface at about 11:00 pm on a dark night. Both the physical collections and the eDNA observations will be important in helping to understand the critical ecological links between the surface waters and the deeper ocean.