Square Sails, Slopping, and Sitting Below Deck Trying Not To Be Seasick Because You’ve Gotten Used To The Ship Being Roughly Stable For The Last Week But Now It’s Not 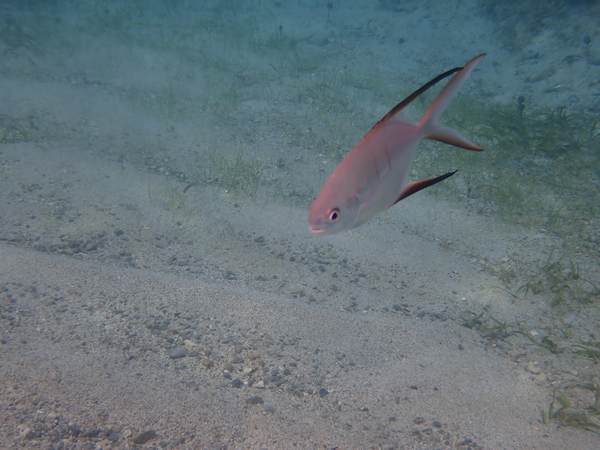 In the shallows along the east coast of Rendezvous Bay, where the rocky beaches gently slope beneath the waves and the bottom rapidly transitions from coarse pebbles to fine, powdery sand, lie vast expanses of seagrass. As you slip beneath the gentle waves and begin making your way through these aquatic pastures, you may be approached by the local groundskeeper, an oddly friendly palometa, who has no qualms about doing donuts around you and swimming figure eights through your legs, its silvery scales shimmering in the sun’s morning rays like delicately polished coins. These underwater meadows bear much resemblance to their terrestrial counterparts, except for the fact that they’re submerged and have no flowers nor insects nor come to think of it any other similarities to grasslands aside from the vivid strands of green that sway gently with the swell, but they are nevertheless beautiful and serene in their own way. Every so often, a particularly moody wave may visit the seagrass bed, and much like a particularly moody person may do when visiting a grassland, the wave may grip bunches of grass and rip them from their sandy abodes, casting them into the azure abyss. Torn free from the serenity of the shallows, the seagrass is left to drift upon the waves and begins its fateful journey, getting stuck in someone’s hair or clogging a snorkel, or in the case of this morning, bumping against the Cramer’s hull as it gently bobbed in the watery cradle of Rendezvous Bay. 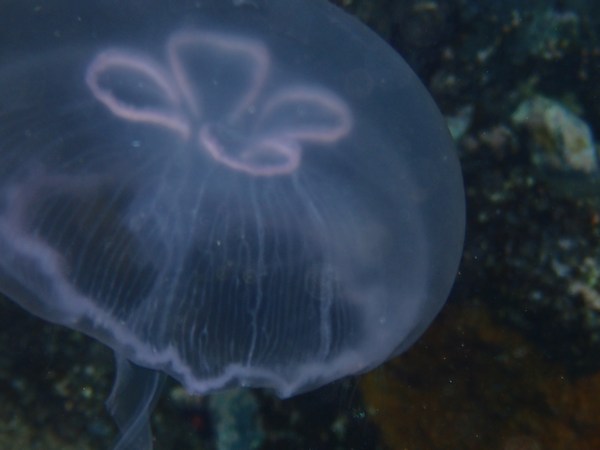 We set sail from the east coast of St. John today, traveling offshore to dump the numerous buckets of food waste that had accumulated on deck during our week of anchorage. For the first time in our voyage we set our square sails. A Gordian Knot of lines awaited us at the foot of the foremast and on either side of the science deck – inhauls and outhauls and brails and tacks and sheets – and it took the combined strength of four students collectively pulling on the outhauls to set the sails. Our efforts were finally rewarded as the massive more-trapezoid-than-square sails unraveled and spread across the top and course yards of the foremast like mighty shower curtains (or the membranous wings of a dragon if you were feeling dramatic), catching the wind and sending us along our noble quest. We also set the raffee, a tiny sail (relatively speaking – it was still large enough to take up most of the forward deck) that was unfolded, tied to its dedicated lines, and hoisted to the very top of the foremast to grant us that extra bit of speed.

After dumping our slops, we circled back towards St. John and headed for Francis Bay on the north side of the island, where we would anchor for the next two days to give the students and deckhands a much-needed shore leave.

I retreated below decks, taking shelter from the glaring rays of the sun, where I spent much of the day working on my independent research project that studies the fish communities of the reefs we’ve surveyed. Learning to correctly ID the myriad of Caribbean fish species is a large part of my project, and it meshes well with my persistent need to swim after any unfamiliar fish I come across while snorkeling, snap a photo of it, and flip through the fish ID guide onboard later to figure out what it was. This trip has also been a great opportunity for me to practice my underwater photography since there’s no shortage of subjects. I didn’t manage to get many good photos today due to all the hustle and bustle going on, so I figured I’d share some of my favorite shots over the past few weeks instead! 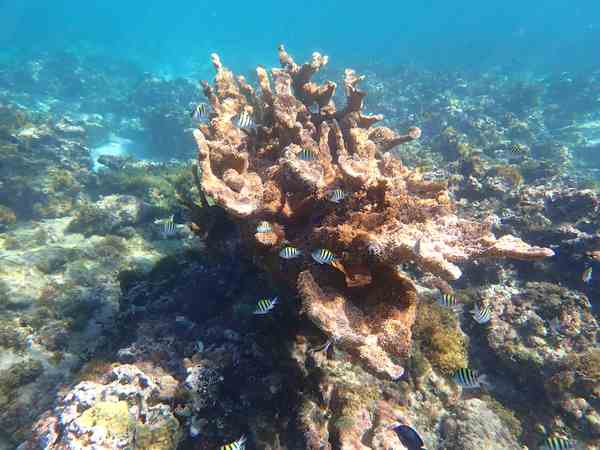 Going below decks meant that I had to reacquaint myself with the rocking of the ship as we cruised through the waves of the open sea after being anchored for almost an entire week. Unfortunately, the ship was extra rocky today as we felt the need for speed on the way back to St. John and zoomed towards the island at a good 6 knots under both engine and sail, and I soon felt the need to step away from the tiny words on my laptop screen and sit on deck for a bit. Luckily, we arrived in the shelter of Francis Bay pretty quickly and anchored there for the night, wrapping up our day with a lesson on radar from Captain Rebecca (who also made excellent bread for everyone the other day, thanks Rebecca!). Tomorrow we have a late wake-up of 0700 instead of 0630 in preparation for our day on shore, and everyone will most certainly appreciate and cherish the extra 30 minutes of sleep.

P.S. Happy belated birthday Mom! I hope to see you and the rest of the family again as soon as possible!