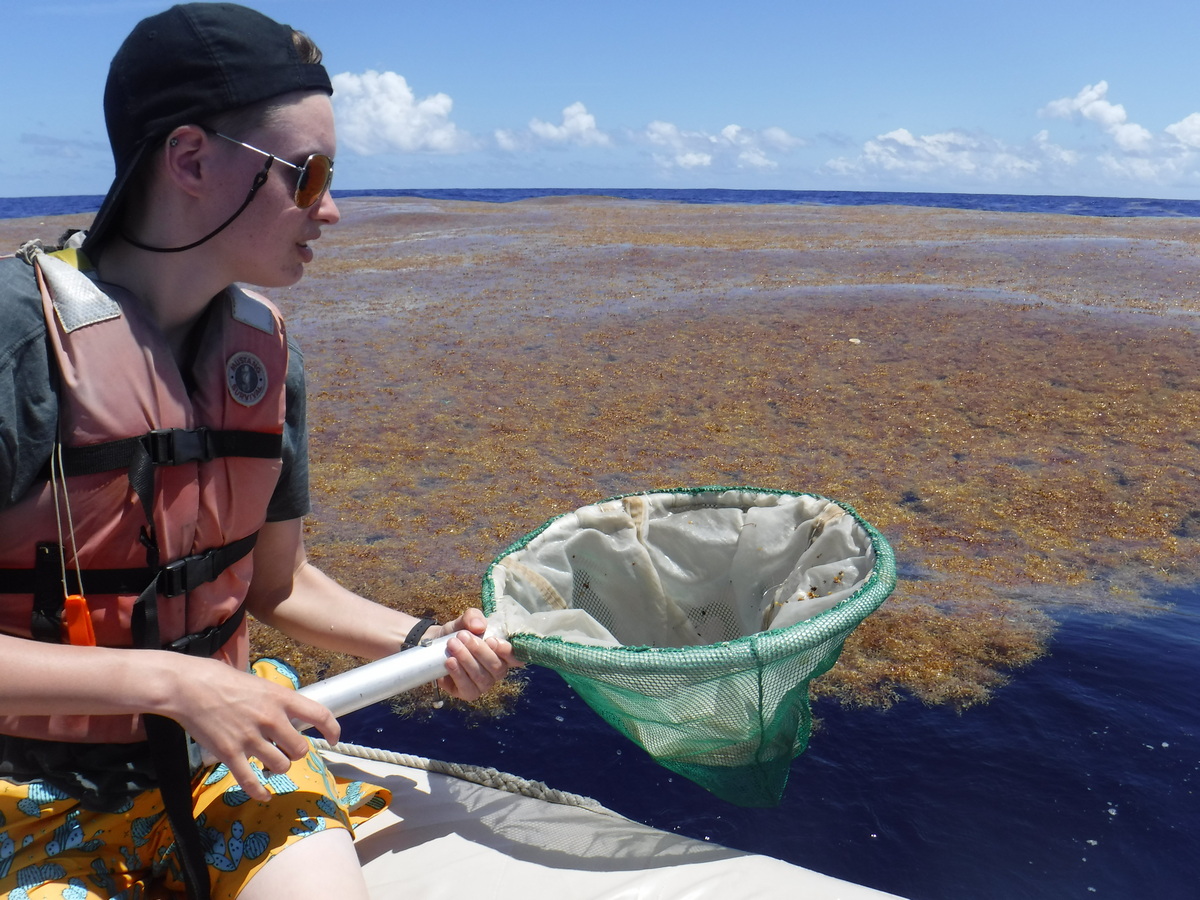 Students use a dip net to obtain samples of sargassum in the Sargasso Sea.

The seaweed appears as if out of nowhere, vast swaths suddenly blanketing the beaches of Caribbean islands, yet little is known about the many various forms of the Sargassum seaweed. Student researchers set out to study the genetics of the pervasive weed, a critical building block of the ecologically rich Sargasso Sea, to better understand the role it plays in the dynamic ocean environment.

There are many gaps in the current scientific knowledge of Sargassum. One prevailing gap is a lack of genetic information for the rare morphotypes. Researchers on this cruise sequenced several of the rare forms in order to better understand the genetic relationships of the myriad forms.

Another open question surrounding Sargassum is the recent phenomenon of inundation events occurring on many nearby islands, with Sargassum washing up on beaches in gigantic quantities. Previous research has suggested that the distribution, abundance, and source regions of the Sargassum morphotypes are changing, causing these events.

SEA Semester’s Marine Biology and Conservation cruise recently returned to land, with students bringing back scores of newly acquired genetic data. This research took place on the SSV Corwith Cramer, with the cruise beginning in Key West, Florida, sailing through the Sargasso Sea to Bermuda, and then heading northwest through the Gulf Stream to New York City.

The Sargasso Sea, located in the oligotrophic North Atlantic Subtropical Gyre, is the only sea bounded by currents rather than by land. The surface ecology of the Sargasso Sea is a unique environment dominated by the two species of seaweed, Sargassum fluitans and Sargassum natans, which act as keystone species supporting a diverse biological community. S. fluitans and S. natans are each comprised of multiple forms, a few common and many rare. Significant research is still needed to further understand the complex nature of this ecological keystone species.