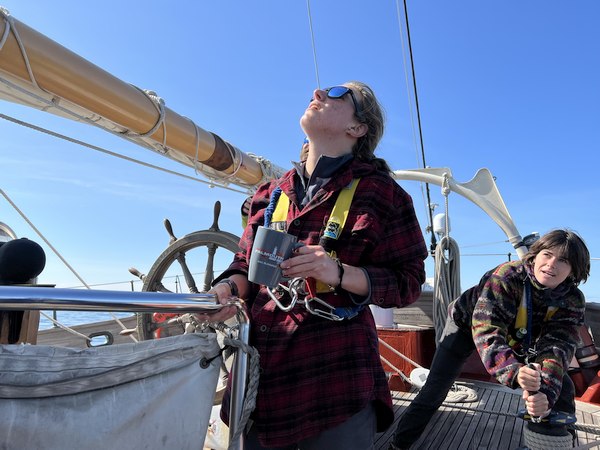 Description of location
Near Cabbage Island, ME

Happy Mother’s Day from all aboard the Corwith Cramer! 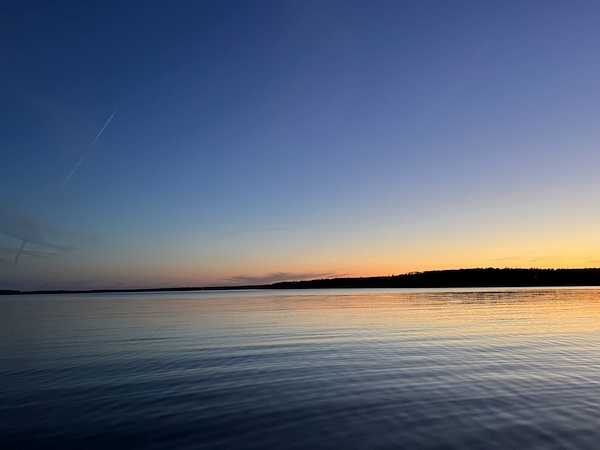 Beautiful sunset near Cabbage Island, ME at anchor

A full day at anchor off the coast of Maine has given us all some needed rest and social time. You would think an entire day at anchor would be less exciting because we are not moving, but it turns out when you go near land, there are people that are interested in what the deal is with the huge sail boat in their harbor.

Two alumni were staying at a home in the bay where we were anchored and paddle boarded out to say ahoy, bringing flowers!Captain invited them on board the following morning and Maggie gave them a great tour. Later that day one of them paddle boarded over with some kale and ice cream, which we thoroughly enjoyed after our final field day. Thank you Amanda!

The bay we’re anchored at has the calmest water we have seen yet. It’s been a luxury being able to put dishes on un-gimbaled tables knowing they won’t go anywhere, but it’s also a challenge as we have become used to constant swaying seas. I realized this yesterday when I fell off the doghouse completely unprovoked by the glassy sea state.

Somehow I am [slightly] less of a klutz at sea than on land, so I will be taking extra precaution those first few days off Cramer. 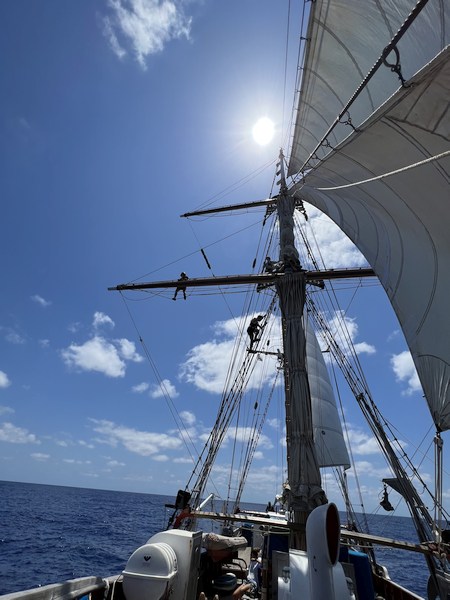 A DELICIOUS all-hands dinner of fresh kale from our friends and salmon brought me back to the first few days spent aboard in April, where we shared all meals as a ship’s company before breaking into watch groups and two separate meal seatings.

It’s difficult for me to gauge the passage of time on this ship. The watch schedules have us awake at inconsistent hours to the point where sometimes a dawn watch (0100-0700) feels like it never happened, or an afternoon watch (1300-1900) seems to have gone on forever. The days pass at different speeds, and it feels like the seasons have changed, but I have had no telltales from land to confirm it. I love it, but I realized I’d been missing dogs and trees when we first saw land the other day.

I’ve been quite successful at living from minute to minute aboard Cramer, so I know stepping off I’ll be hit hard with the everyday stresses that stem from being around too many people and schedules. I’ll cross that bridge when I come to it. 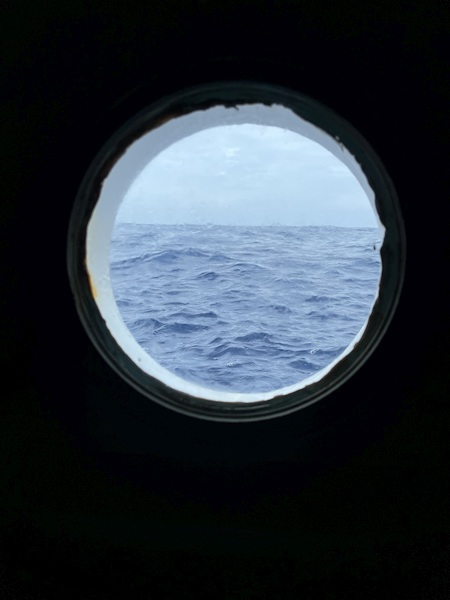 Library window- my favorite window on the ship.

It’s been a pleasure learning alongside some amazing staff and students.