Way Back to Bequia: a Retrospective 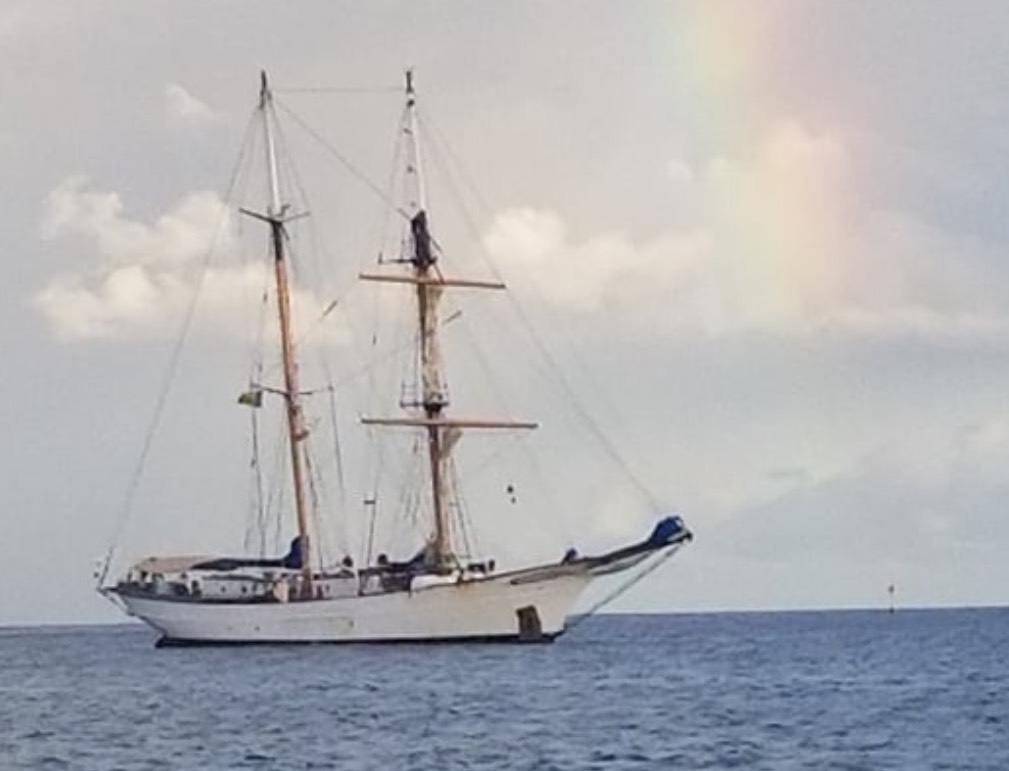 It’s taken a little while for me to get around to writing this because I’ve spent what I’m pretty certain has been the last 48 hours counting sargassum in the lab. That’s not an exact number because time moves differently on this boat where days are 18 hours long instead of 24 and those hours really drag on when you’re separating Fluitans III from Natans VIII over the lab sink. But that’s not a bad thing. There’s some spiritual profundity in the menial labor B watch dumped on us before they all went to go eat lunch or sunbathe or sleep or whatever. Before enlightenment, count sargassum; after enlightenment, count sargassum, as the Buddhists say. But the meditative art of seaweed identification isn’t what I was supposed to write about. I was supposed to write about Bequia, for those of you who can remember that far back. So if you read Biz’s blog and found yourself itching with curiosity to know what we did with our free day in the port stop, I’ve got you with the long-awaited sequel.

I remember, fondly, that that day started at 4:45 am, because I was assistant steward. Regrettably, the port stop limited my ability to fulfill those duties so I only really had the opportunity to help with breakfast. Afterwards, us starboard watch kids got to practice going aloft, which is where you climb the rigging and hang out on the braces where it’s super high up. But don’t freak out, because we had harnesses, mom. Afterwards we all headed into port and explored the market for a little bit. Bequia has a thriving arts scene, and I believe is one of the few places you can buy ethically-sourced scrimshaw (which is art made from whale bones) because they’re allowed to hunt whales there. Not like the messed up way you see on Whale Wars, but in the much cooler way where they row out and hunt the whales by chucking harpoons at it by hand, which is pretty hardcore. There’s also a very visible Rastafarian presence on the island, which we were made privy to when we all walked by a house covered in cryptic painted messages about the bible and human reproductive parts where a man who considered himself “the last bible seer” lived. But he wasn’t home, so I couldn’t snag a $5 picture and listen to whatever wisdom about Jah he had to offer. That’s probably a good summary of our Bequia cultural highlights, because we spent the rest of the day on the beach getting sand kicked in our face by a pair of dogs that were either fighting or aggressively courting each other, depending on who you asked. Oh, we also got dinner at a place that had really good live music. Like, I seriously can’t stress enough how much I loved this live music. I think I might have fallen in love with the live music.

That’s all for retrospectives. I’m sure the next blogger will take you back to the present.

PS:  I almost forgot to finish this blog, but remembered that my baby brother, Joe, was counting on me for some form of communication. I hope the lack of fancy language doesn’t disappoint, I’ve recently suffered from a severe bout of hippopotomonstrosesquipidaliaphobia.