When students enrolled in SEA’s Sustainability in Pacific Island Communities and Ecosystems (SPICE) program set sail from Tahiti next month, they’ll be guided by an expert in Polynesian culture who is no stranger to the waters of the South Pacific.

Following the four-week shore component in Woods Hole, Dr. Di Giorgio will accompany the students to Tahiti where they’ll study on shore for ten days before going to sea. She said she looks forward to organizing activities at port stops as the students sail from Pape’ete, Tahiti to the Tuamotu Islands, up to the Marquesas Islands and back on the five-week voyage.

A former professor and ethnohistorian at UPF, Dr. Di Giorgio taught English as well as Polynesian languages and culture.  She retired in 2019 in order to participate to the TUIA 250 in New Zealand with the Tahitian Voyaging Society aboard the Fa’afaite, a two-hulled traditional canoe. The three-month voyage came at the invitation of the Maori Ministry for Culture and Heritage in order to both celebrate thousands of years of traditional seafaring, and the 250th anniversary of the arrival of Captain Cook and first contact between Pacific Islanders and Europeans in 1769.

Dr. Di Giorgio was introduced to SEA by archeologist Moohono Niva, who has worked with SEA students on shore in Tahiti for a number of years. This is her first visit to Woods Hole, and despite the chilly weather, she is enjoying the beautiful Cape landscape. She’s also enjoying exploring the area, meeting new people, and sitting in on lectures by her new SEA colleagues.

“Even though I retired from teaching, I’m still curious, and interested in learning more and more!” she said. 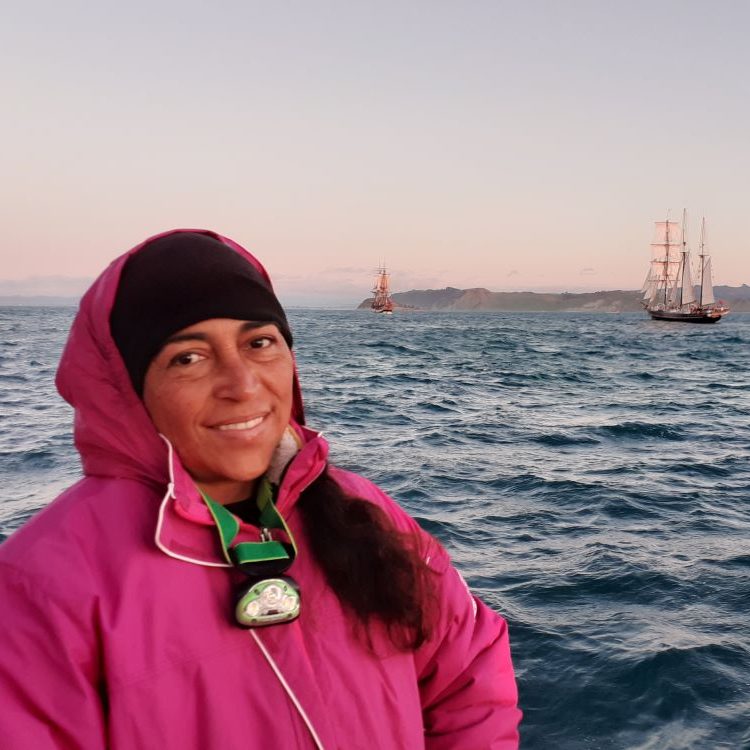