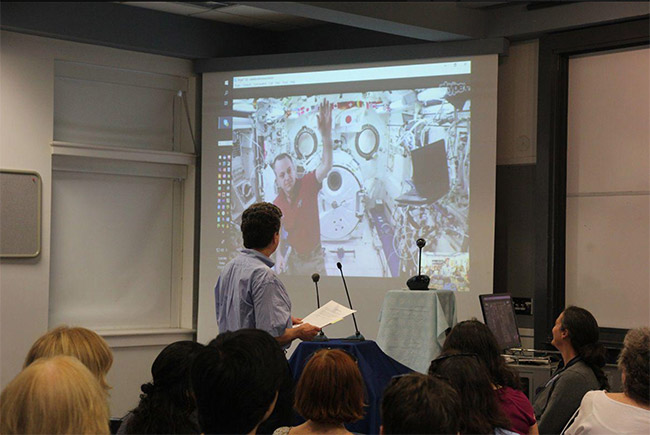 SEA in the News
'We’re All In This Together,' Astronaut Tells SEA Students In Live Downlink
Falmouth Enterprise

A group of high school students and college interns enrolled in educational research programs at the Sea Education Association in Woods Hole had the opportunity to speak live to astronaut Richard R. Arnold II as he orbited the earth in the International Space Station on Friday afternoon, July 13.

Mr. Arnold has been the National Aeronautics and Space Administration (NASA) flight engineer aboard Expedition 56 since March. The 20-minute, earth-to-space “downlink” call was one of four around the country as part of NASA’s Year of Education on Station.

During a recent ocean voyage aboard SEA’s research sailing vessel Corwith Cramer, the research students came up with concise questions to ask Mr. Arnold, which they each read into a microphone during the downlink on Friday.