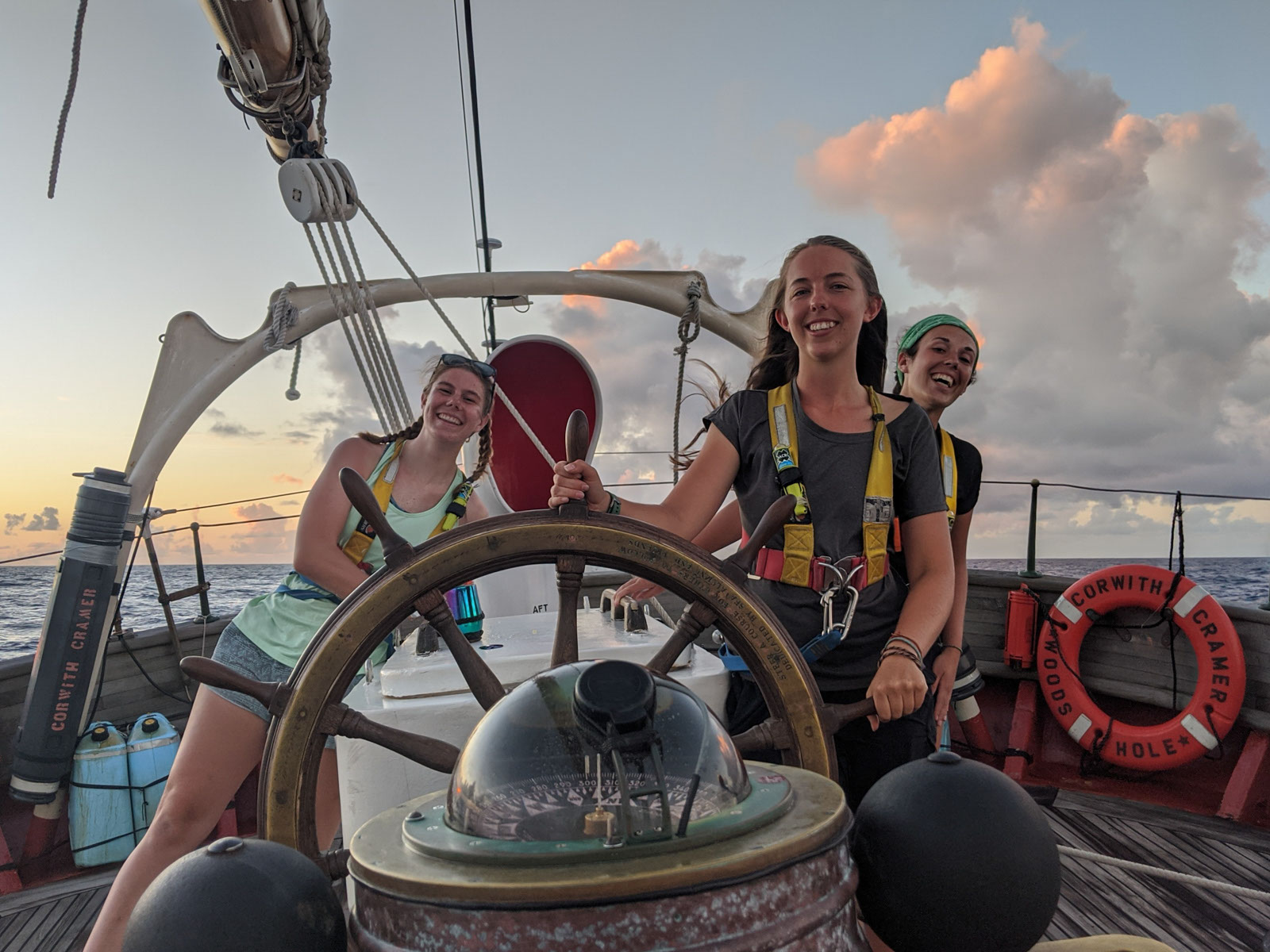 The National Science Board (NSB) has named Sea Education Association (SEA) as the recipient of its 2016 Public Service Award.

This annual award honors organizations that have made substantial contributions to increasing public understanding of science and engineering. It will be presented at the National Science Foundation / NSB Annual Awards ceremony in Washington, DC on May 5. The NSB is the policymaking body for the National Science Foundation and advises the President and Congress on science and engineering policy issues.

The NSB cited SEA’s role as establishing the leading off-campus environmental studies program focused on the ocean. Since 1971, more than 8,000 undergraduates have attended SEA Semester® programs to explore global issues such as climate change, sustainability, biodiversity and human impacts on the environment. SEA has also educated more than 2,000 individuals through its high school, educator, and collaborative programs.

Vint Cerf, Chair of the NSB’s Committee on Honorary Awards, said: “SEA’s founding vision of giving students the opportunity to live and work aboard a traditional sailing vessel while exploring the deep ocean was truly inspired…. The careers that it has shaped and the contributions to science and public understanding SEA has made over the years are a testament to its success.”

“Understanding our oceans, and human impact on them, is one of the most critical imperatives of the 21st century. Preparing future leaders in ocean research, stewardship and policy is essential. We’re therefore grateful to the National Science Board for recognizing our work, and we’re also thankful to the many members of our organization – our faculty, staff, alumni, supporters and crew – who make it possible,” said Susan Humphris, Ph.D., Chair of the SEA Board of Trustees.

SEA takes a hands-on approach to studying the ocean, with programs ranging from the first federally-funded research expedition to study plastic debris in the North Atlantic, to an annual Sargasso Sea Symposium where students present to and learn from leaders in ocean conservation.

SEA is the sole recipient of the award, and was nominated by Robert B. Gagosian, Ph.D., President Emeritus of the Consortium for Ocean Leadership, who cited SEA’s accomplishments in developing and inspiring ocean scholars, stewards, and leaders through its unique interdisciplinary approach.

Past recipients include the American Museum of Natural History, The Alfred P. Sloan Foundation, and the PBS series NOVA.