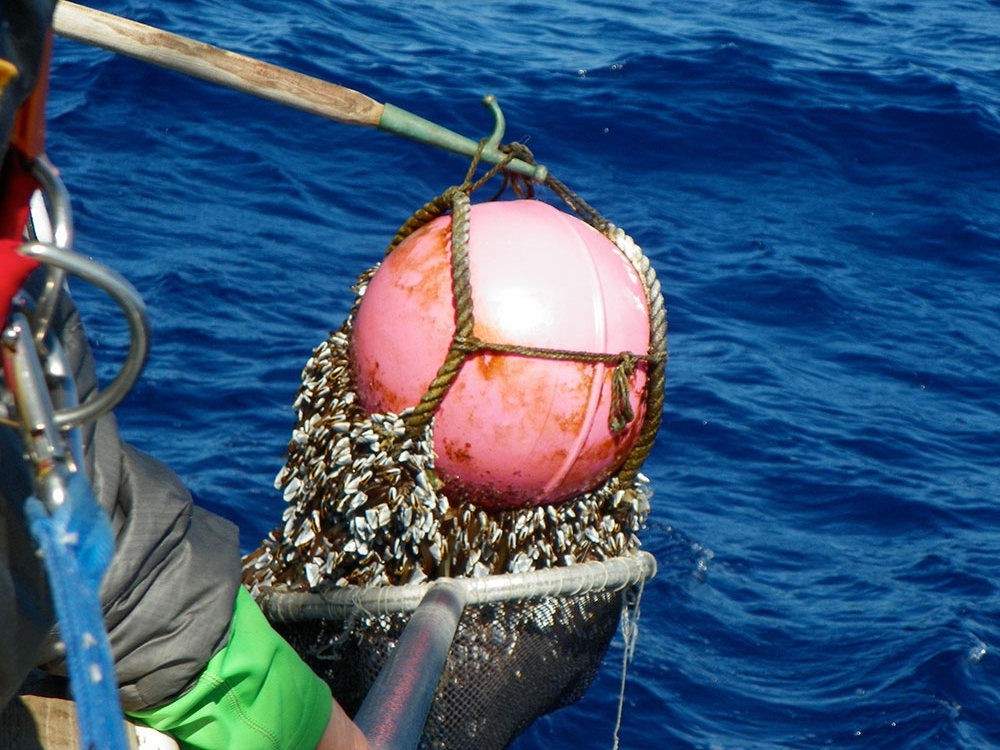 Floating plastic debris in the ocean may be more hospitable to some marine animals than originally thought, according to a new study co-authored by a SEA Semester alumnus who gathered samples aboard the SSV Robert C. Seamans during the 2012 Plastics at SEA: North Pacific Expedition.

The researchers found that the presence of barnacles on large plastic debris creates a more sustainable long-term habitat for rafting species to take hold and thrive on otherwise slippery surfaces, such as spherical fishing buoys commonly found drifting in the oceans.

Much of the large debris observed and collected on the cruise, a dedicated research expedition crewed by volunteer SEA Semester alumni, is suspected to have originated from the 2011 Tōhoku earthquake and tsunami in Japan. The scientists encountered the debris in the eastern Pacific Ocean more than 18 months after the devastating event.

The latest findings, published in the January 27 issue of the peer-reviewed journal Scientific Reports, are significant because they point to the potential for invasive species to move more readily across ocean basins.

The surest way to reduce these potential threats, Gil added, is to reduce human dependence on plastics.

The study highlights the importance of oceanographic field research occurring on SEA Semester ships. Gil, who was working towards his doctoral degree in biology at University of Florida at the time, was selected as a volunteer researcher for the Plastics at SEA: North Pacific Expedition, which traveled more than 2,500 nautical miles from California to Hawaii and counted nearly 70,000 pieces of floating plastic debris along the way.

We’re always thrilled to see SEA Semester alumni making important contributions in their fields. If you have news to share, visit our Alumni section to learn how you can get in touch.