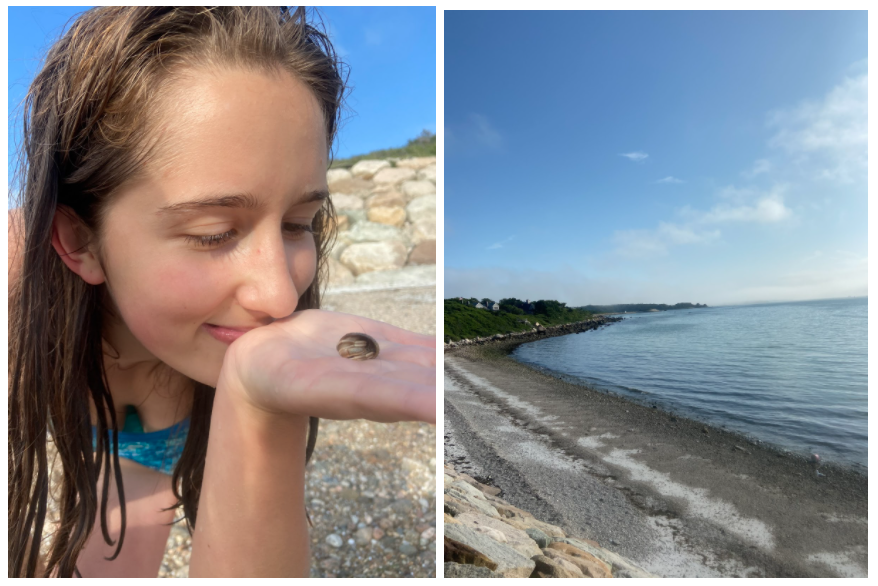 This blog post is from Class C-297B (Session 2), Science at SEA, which is now on campus and which will join the SSV Corwith Cramer on July 22nd.

A’Janae: The days feel long and our schedules are packed with information and fun activities. Today's agenda started off with Oceanography which we learned about how the pH and Oxygen are changing in the ocean. Next we had Nautical Science where we had an introduction to navigation and charting, Ocean and Society we had a discussion with Dr. Russell Fielding about whaling in Saint Vincent and how it impacts the citizens of areas that rely on whaling as a food source.

Tess: It was foggy all day, as the day progressed the skies began to clear. Once we were out of classes and realized that it cleared up we decided to head to the beach. It was only a short walk from campus to get to Racing beach. When we got there the tides were low, and we all jumped in immediately. Due to the tide being low the water was crystal clear which allowed us to see everything that was beneath us!

We encountered a Moon Jellyfish floating around, and we all observed it. Going to the beach allows us to interact with each other outside of classes. Along with allowing us to build as a community and strengthen our bonds as we prepare to board the Cramer. While we were in the water we swam far out, and were almost still able to stand. As we swam closer to shore we played around in the shallow water. Finally we explored the beach looking for hermit crabs and discovering our environment.

Curtis: As part of the R. A.’s exploratory today we played capture the flag. Both teams were about evenly matched and neither side held the upper hand for long. All in all, today's game was a success and pretty enjoyable!