A Weekend Briefing: What You Missed! 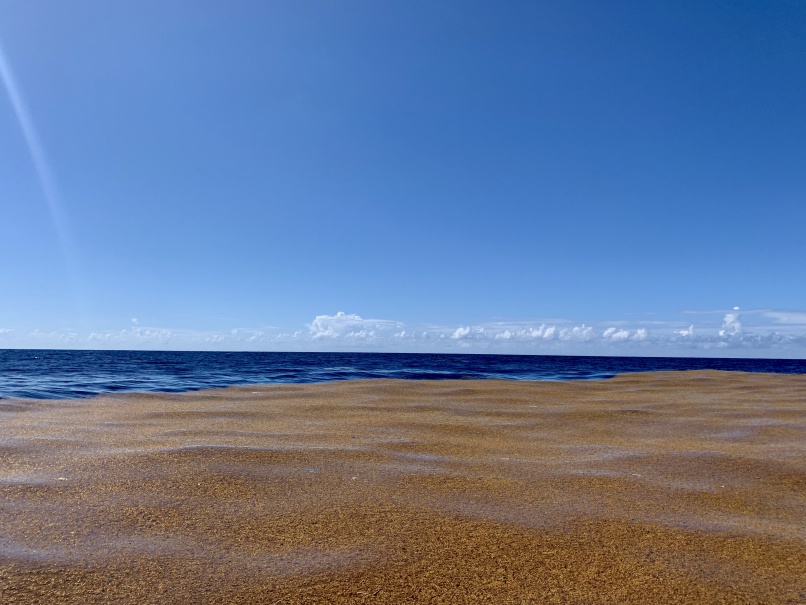 “Field Day” aboard the Cramer is not the giant extended recess you remember from your elementary school days. There is no swing set, or giant game of capture the flag. Instead it is an entire afternoon dedicated to cleaning.

Though it may sound drab in print, I assure you it somehow takes a different form in practice, striking the same tone and excitement associated with those elementary school days. After all, we are not simply cleaning; We are out on a quest to defeat the mung, or the dirty-grimy-slimy demons that lurk in the corners. We contort our bodies to reach into the corners and scrub with exiled toothbrushes, re-dubbed mung brushes. Furthermore, on field days, we are allowed to listen to music, which is normally a non-starter aboard the ship for obvious reasons of safety. Nevertheless, on Saturday as the cleaning commenced, tiny Bluetooth speakers crawled out of hiding to pulse different wavelengths and genres through every inch of the Cramer. It was a blast.

On Sunday afternoon, the Cramer was abuzz with science, haircuts, and various crafts, when all of a sudden, off in the distance the swells looked golden. I could see a sprawling oasis of yellow, bobbling in and out of vision with the waves. Was this some heat dream? Could it be that we were about to encounter large mats of Sargassum? The mythical floating islands of weed that stumped the sailors of yore? Our captain called for a change of course (015°PSC to 030°PSC), pointing us directly at this great mass, while a fellow student, Andrew, alerted everyone in the lab and below, “huge Sargassum mat, 10 mins away!”.

The rolling yellow got closer and closer, and before we knew it we were surrounded. One mat, two mats, three! It was all around. The mats appeared to consist mostly of a species called S. natans I and various plastic debris. Amongst the bright yellow there were the soles of shoes, and bottle caps, and miscellaneous chunks of Styrofoam trapped amidst the seaweed. All of this trash that originated on land was now trapped within the holopelagic seaweed that never knew anything but the sea. The floating gold passed under us, as students and staff alike snapped photos from the housetops.

P.S. Dad- Happy Early Birthday! Alex- please put my name on whatever you get Dad for his birthday, sorry I spaced before leaving. Mom- night, love you.
Eug- you might be the only one actually reading this… xoxo.