Getting Used to Life aboard the SSV Robert C. Seamans 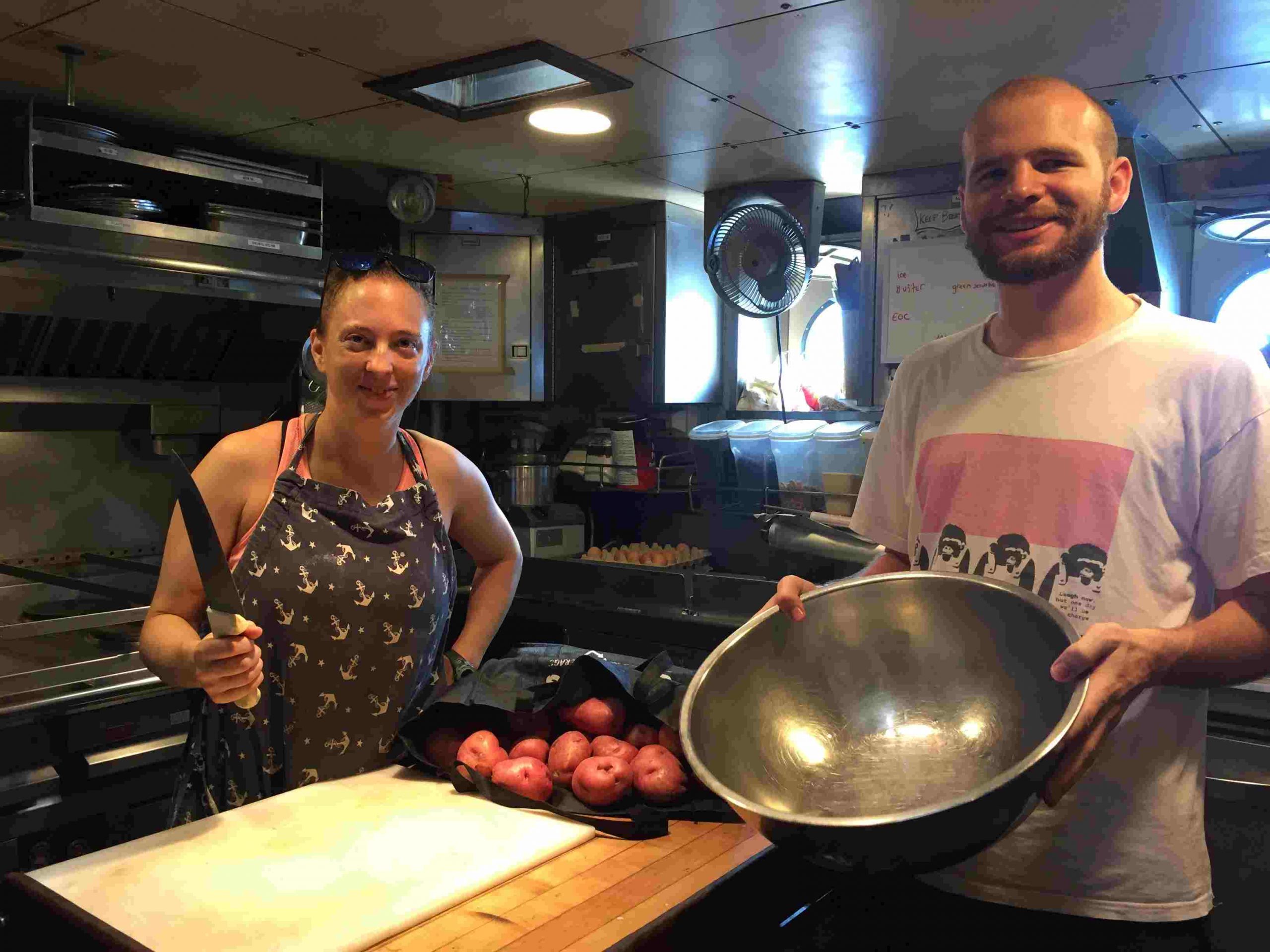 Ship’s Heading & Speed
135’ and as of this entry, holding position for the daily Carousel deployment.

It’s a hard thing to describe accurately, but it is strange and difficult to acclimate to living situations that never stop moving. I’ve always been sensitive to listen to any crashing or colliding sounds, which often mean something’s broken, especially in the kitchen. But working in the galley, the sound of plates, cutlery and other cooking supplies shifting is nearly constant and I have to constantly remind myself that it is normal for a plates and tables to suddenly lurch up like the bacon tray I’m carrying is about to have its revenge. I say this because today I am helping Cookie in the ship’s Galley! At least I’m getting a bit more used to eating sleeping onboard. Complaints aside, the rocking of my bunk at the bow can sometimes feel hypnotic a night.

To be honest however, I much prefer to spend my night’s topside on deck, where you can see the entire Orion arm of the Milky Way stretching overhead like a glowing blanket of stars. The other upside is not having to worry about sunscreen, as even twenty minutes at the helm exposed to the equatorial sun turned my forearms bright red. Sunburns aside, there’s always something to engage oneself onboard and something to look forward to. For myself, I can’t wait to have training/clearance to climb up into the Crow’s Nest and have a full 360 degree view of pure ocean, not a hint of land of civilization in sight.

Then again, it’s hard to plan for anything when your day may begin at 7pm (1900) or end at 1pm (1300). Days of the week don’t have a lot of meaning anymore since it’s not like we get to stop sailing over the weekend.  As we were all told back in Pago Pago, one day can feel like three and three can feel like one. No one day is ever the same, and while the open ocean may sound monotonous it can become quite engaging one second later. For the first couple of days only a single seabird might be seen a day but yesterday three circled around the boat in a single afternoon. I hope to see more marine life, as the Portuguese Man of Wars (Men?) caught yesterday both inspired hope for other findings but also a few painful memories of stingers past. Now with the ship moving more based on sail power as of yesterday, and the hum of the engine beneath my feet topside faint or absent, I’ve been told sighting of marine life might have greater frequency/variety but only more time will tell.

Currently deciding which is more difficult: practicing trumpet in the engine room for Kanton or the idea of “One push up for every mile traveled.”