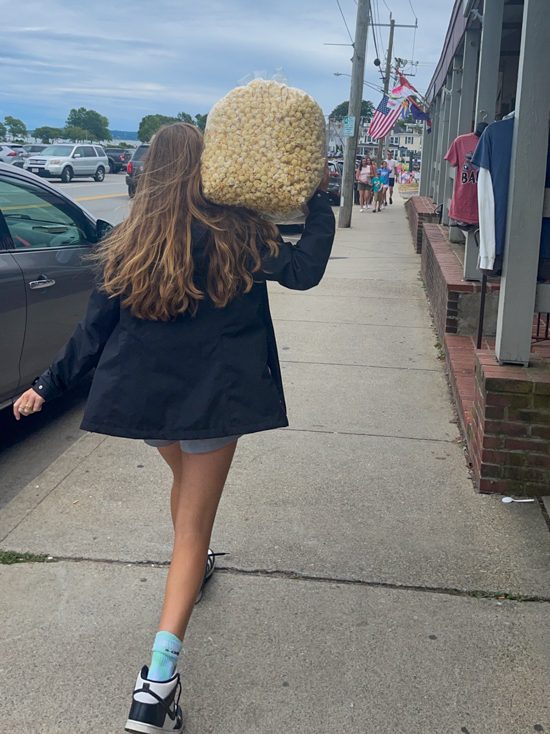 Unfortunately, today we were woken up at 6:00, but by the end of the day our SEA group had acquired 15 gallons of popcorn, some insane whale experiences, and a first hand look at a replica of the Mayflower.

We were all exhausted in the morning so we slept during the bus ride to Plymouth, call that a 45 minute nap. Upon waking up we were ushered onto a large boat in the bay, where we found our seats and enjoyed the ocean breeze. After departing we saw whales fairly quickly, I’m told it was actually almost an hour but it was wicked nice on the deck and we listened to music and learned about the history of Plymouth from a speaker above deck.

Eventually we saw some Humpback whales, Minke whales and Fin whales in the distance. We approached and got really cool views of spouts and tales. At one point the Humpback that we were watching did a really strange move where it shook its tail vigorously in the air. I think it was either dancing or very aggravated with us.

After that we left. We had some free time when we got back to Plymouth, which I spent down by the water and our group toured a replica of the Mayflower. The speaker made it clear how horrible it must have been under the conditions of 1600s seafaring. Also Macy and Natalie won collectively 15 gallons of popcorn for free by spinning a wheel at a local popcorn shop, which we failed to finish before getting back on the bus. Once we were back at campus we cooked some food and relaxed for the rest of the day. 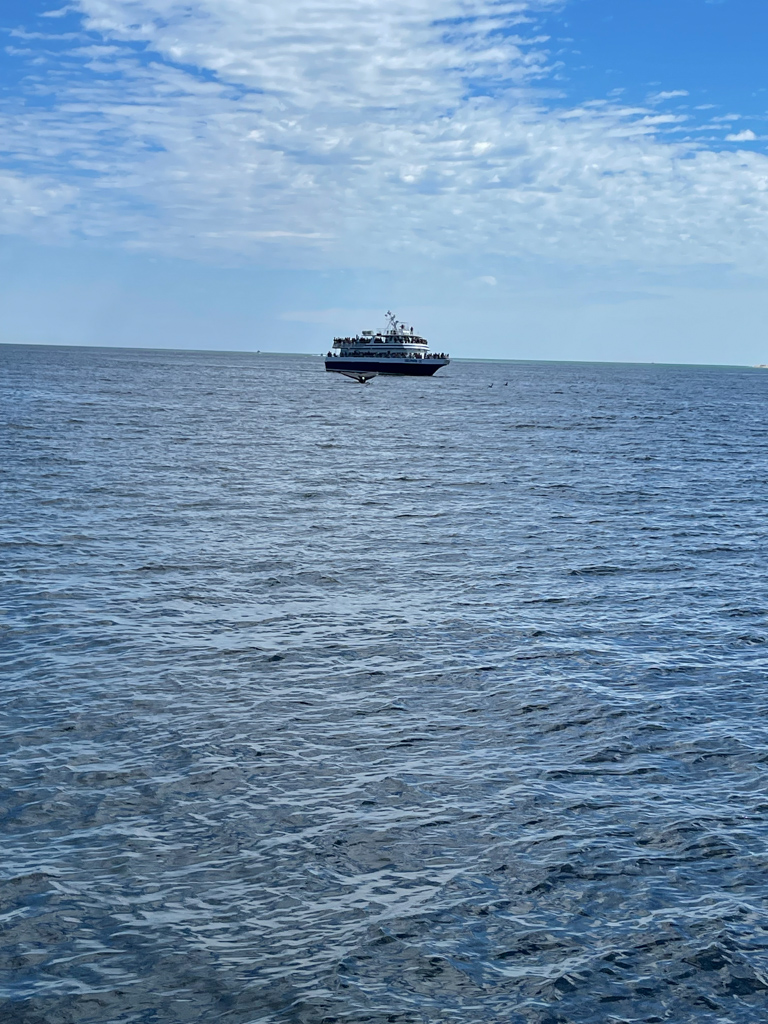 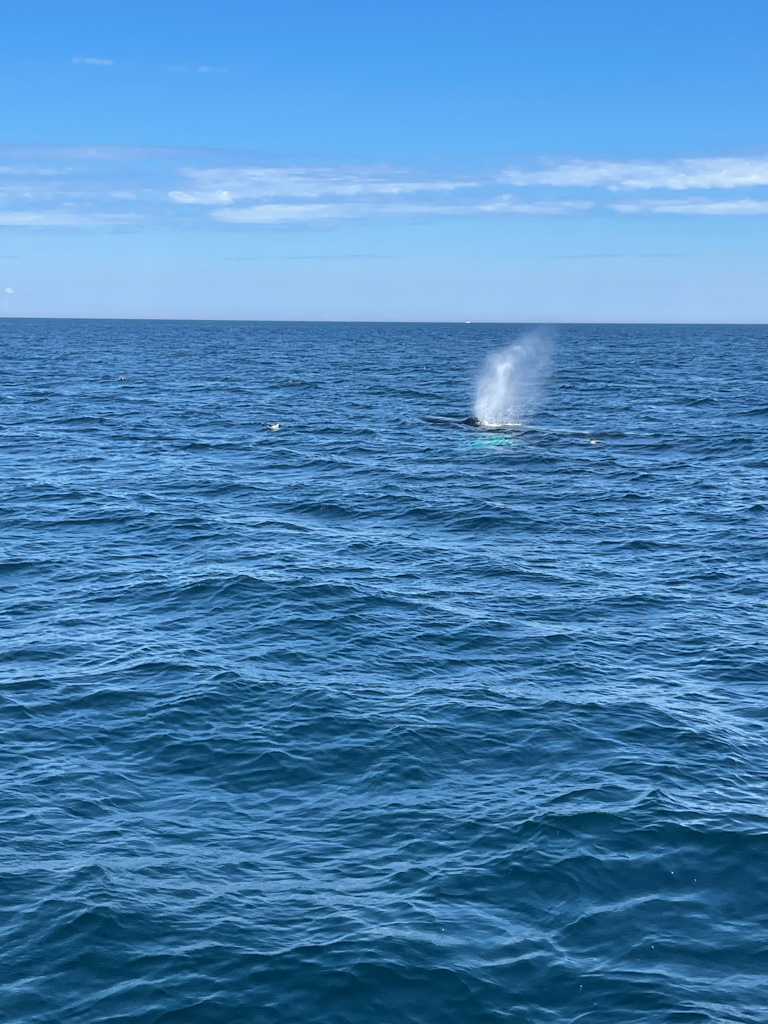 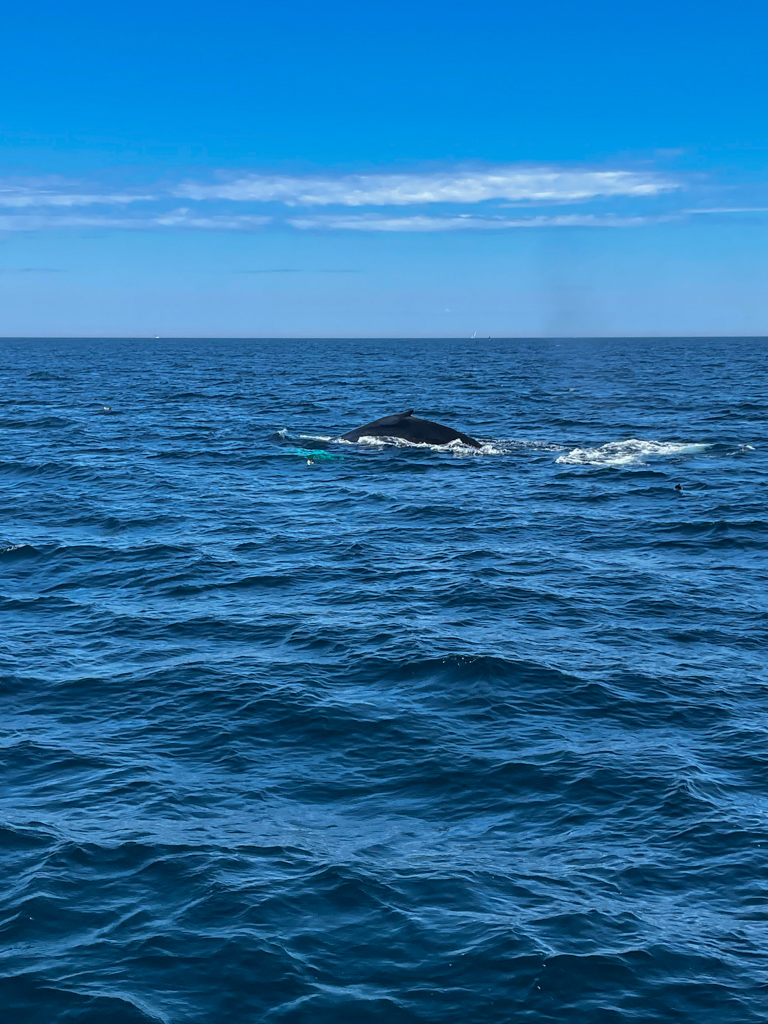