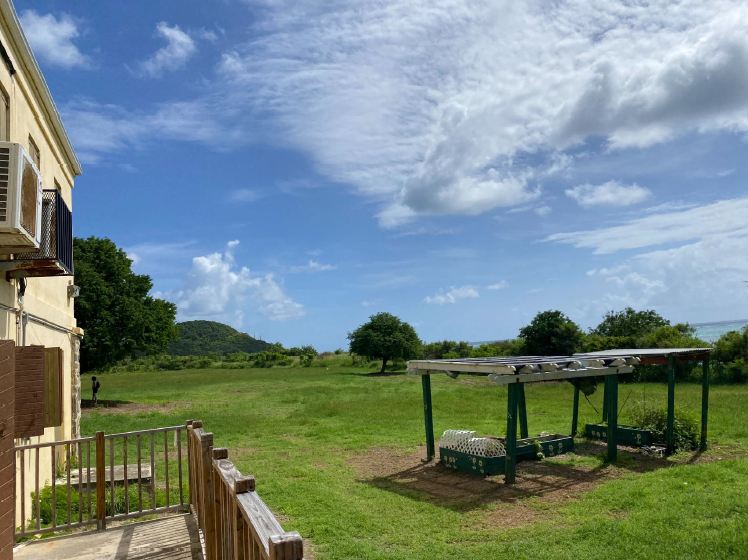 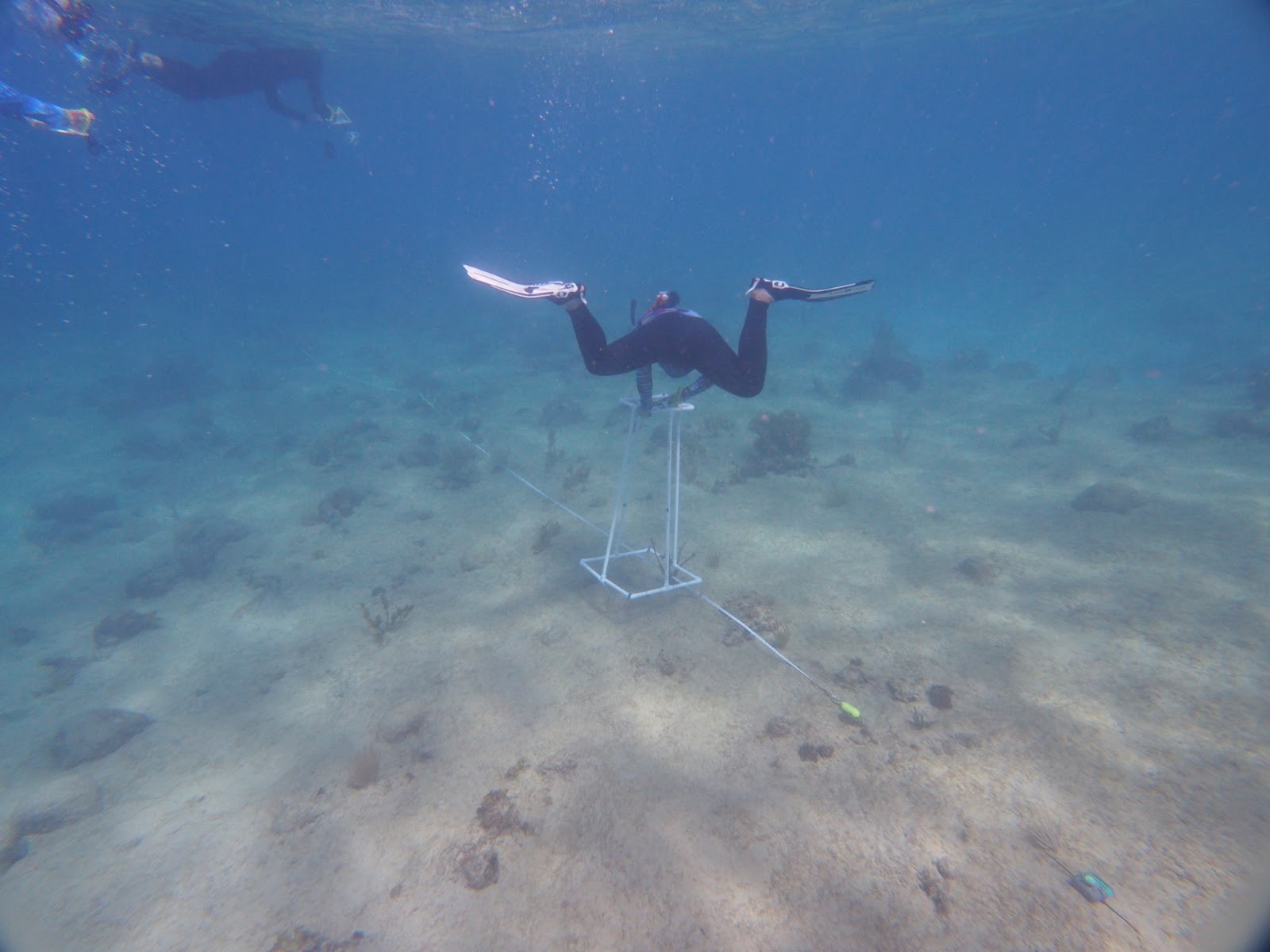 During our remote shore component in the United States Virgin Islands, we were given the opportunity to meet with local experts on environmental issues and policy. Our group’s policy brief explored coral reef rewilding through the process of sexual enhancement and outplanting. We advocated for the close examination of Biden’s Bipartisan Infrastructure Law and proposed that there be a partial allocation of funds from the law toward coral reef restoration. While visiting with local organizations, scientits, and government officials, we kept the following questions in mind:

The East End Marine Park is a 501 (c)3 non profit organization that began in 2016 with the mission to “to protect territorially significant marine resources, promote sustainability of marine ecosystems, including coral reefs, seagrass beds, wildlife habitats and other resources; and to conserve and preserve significant natural areas for the use and benefit of future generations” (EEMP). In our visit to EEMP, we asked scientists specifically how funding for coral reef restoration from the national government is received.

Funding mechanisms for large scale restoration can be difficult. President Biden’s new Bipartisan Infrastructure Law provides over a trillion dollars for United States infrastructure repair including better roads, upgraded airports, upgraded power infrastructure, and more (The White House). As of now, coral reefs are not regarded as infrastructure and cannot be monetarily supported by this law. Each federal agency has its own definition of coral reefs that can change the funding distribution.

A lot of reefs off the USVI’s are barrier reefs, which act as a buffer protecting coastline areas from flooding, storms, and erosion. The East End Marine Park is working with local senators to craft a bill that allows for coral reefs to be specifically defined as natural infrastructure that protect coastlines. This could allow EEMP and similar organizations to use Biden’s Infrastructure Law, FEMA disaster funds, and other government funding programs to assist in coral restoration.

We met with Professor Nixon, previous dean of the College of the Environment and Life Sciences at the University of Rhode Island, who had great insight on coral reef conservation and policy development in the USVI. He claimed that temperature is the biggest challenge to coral reefs and that temperature adaptive corals possess a promising opportunity at rewilding coral ecosystems. This information urges us to consider expanding upon our policy brief to

specifically include the sexual enhancement of heat resistant corals for a higher chance of survival in our changing climate.

Professor Nixon answered many of our questions about policy and said that in the United States Virgin Islands “you can, in targeted ways, make a difference.” Due to the region's territorial status, citizens that live in the USVI are unable to vote in presidential elections nor do they have voting delegates in the House of Representatives. Professor Nixon explained that these factors compound with the wealth of the community to make policy creation difficult in the USVI.

Many projects are required to be funded through local funding (25%) and federal funding (75%). Some proposals and grants demand that the allotted money be matched by the organization. The government of the USVI and many private organizations are unable to fulfill these requirements, making policy and substantial change slower to come by in the USVI.

Finally, Professor Nixon described that some people that live on the island are less inclined to feel the responsibility in funding improvements to the islands’ natural resources because they were unable to vote for the changes that hurt the environment in the first place. Examples of such changes are the establishment of the Hess Oil Refinery on the island back in the 1960’s and the boom of the cruise ship industry, both of which brought great pollution to the region and coral reefs.

It became clear in our conversation with Professor Nixon that policy development in the USVI surrounding coral reef rewilding can pose quite a challenge. We would like to include the perspective of the people who live on the island in our policy as much as possible and advocate for their right to make decisions in the federal government. Likewise, regarding coral reefs as infrastructure under Biden’s Bipartisan Infrastructure Deal would allow reef restoration to be protected through the federal government, making lasting changes in these ecosystems.

Evidence-based science determines their conservation focus and assists in achieving lasting results. In order to bring about change they focus on: (1) driving policy in nonpartisan ways, (2) working with companies to make better decisions surrounding climate and natural resources, (3) partnering with indigenous people and local communities to create lasting change that embodies their voices, and (4) investing in technologies and collaborate with private start ups to find innovative ways to conserve faster and tap into capital that traditional funding doesn’t allow. TNC also plays a huge role in educating youth about nature and ways in which they can do their part to keep it strong.

On our tour of the facility we learned about how they run the coral nurseries. They have to actively feed the coral in the nursery because the water is so sterile to prevent diseases, but that means it’s lacking in nutrients normally available in the water column. While transplantation nears, they try to mimic the outplanting location by slowly making changes to the water that will result in optimal growth of the outplanted coral. Health checks are done daily and staff are able to monitor from homes with technology at the facility.

Funds for TNC come mostly from private donors, the government, and investment. “Investment income was the organization’s largest driver of revenue growth” during 2020 and 2021 (The Nature Conservancy).

Advertisement through community events, school visits, and murals and art depicting ocean life all bring attention to TNC and their mission.

After our discussion with TNC, it became clear that outplanting strategies continue to improve and it is important to consult fellow scientists to determine the strongest method for highest success rate. Likewise, a large amount of funding for improvements and changes can come from the general public, indicating that it is important to advertise and plan outreach with local communities.

Figure 2: Breakdown of contributions by donor type and programmatic efficiency. 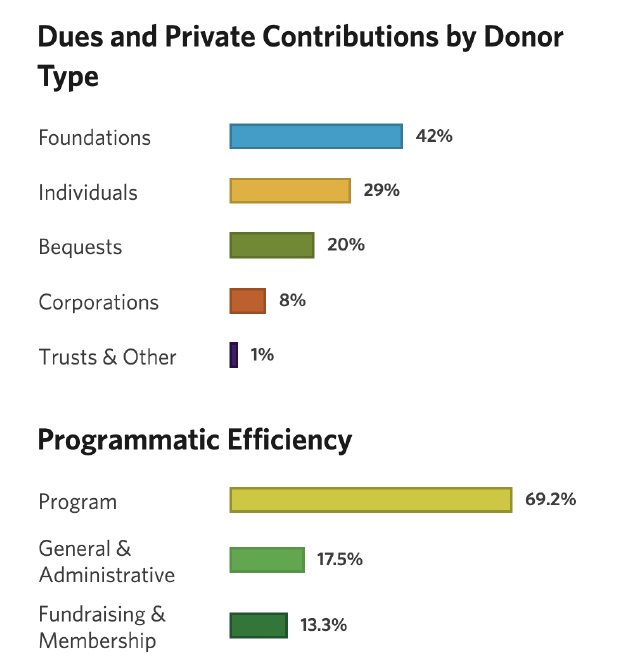 The oil refinery on St Croix has been through a number of different owners since its opening in 1966, the most recent being West Indies Petroleum and Port Hamilton Refining and Transportation. It’s not currently in operation due to a number of accidents under the previous owners that harmed neighboring communities and ecosystems.

We were lucky enough to meet with someone who works as an environmental consultant at the refinery. While we didn’t specifically discuss the refinery’s impacts on coral reefs, we did discuss how the refinery has affected the surrounding water. Sandy Point National Wildlife Refuge, located about 10 miles to the west of the oil refinery, is home to the St. Croix Sea Turtle project.

Their work focuses on studying and protecting leatherback, green, and hawksbill sea turtles all of which are protected under the Endangered Species Act. Many turtles nest on the Sandy Point beaches so it is crucial that these beaches remain clean so as to not endanger the hatchlings of these species. However, because of the currents surrounding St. Croix, oil released by the refinery passes by Sandy Point before leaving the waters of the island.

Unfortunately, because the oil eventually leaves the island’s waters the refinery isn’t responsible for oil cleanup. This is especially bad when considering an EPA inspection of the refinery. The EPA found that there was “extreme corrosion” of a number of important pieces of equipment, such as valves and pipes which “demonstrate a risk of imminent release of extremely hazardous substances” (Joselow, M). Since the refinery isn’t bound to clean up hazardous substances it releases, this poses very dire consequences for natural life in the surrounding area, including Sandy Point turtles and coral reefs. These hazardous substances affect all life surrounding the island, but because coral reefs already have a number of stressors, such as acidification and bleaching, it makes them more vulnerable to the effects of substances.

The refinery will have to obtain an air pollution permit under the Clean Air Act before resuming operations. However, this could take multiple years and funds that the owners are unable or unwilling to spend. Many people on the island want the refinery to reopen as it provides jobs to a lot of people on the island, but other people, who aren’t from St Croix, are significantly more concerned about the environmental effects.

Judith Enck, who ran the EPA branch overseeing the USVI during the Obama administration, believes that the EPA isn’t doing enough to ensure the refinery stays closed. From what we learned when talking to the environmental consultant, these opinions aren’t shared by the majority of the people of St Croix.

After meeting with a variety of experts in coral reef rewilding and environmental policy, we are enlightened by the different successful methods of transplantation and the process for issuing law in the USVI. It is clear that the federal government aims to fund initiatives that are appealing to the public, cost the least amount of money, and have the highest success rate.

Therefore, we would like to add discussion regarding the sexual enhancement and transplation of heat resistant coral, how to run a proper coral nursery to ensure successful transplantation, and explain the importance to rewild reefs in areas not affected by runoff and pollution.

Many island residents, scientists and policy makers have expressed that they are not able to vote in favor or against laws that affect their home. In our policy brief, we would like to address the crucial importance of including locals in making policy, as well as advocate for the inclusion of coral reefs as infrastructure to ensure ample funding for mediation.

Talking to local experts enabled us to see how our advocated policy and science would really work in the USVI, and what aspects of the problem (both science and policy) we should be aware of when writing policy briefs.

Based on EEMP’s, TNC’s, and Professor Nixon’s explanation on the struggle to achieve funding for local coral reef rehabilitation due to a lack of representation in government, as well as the environmental consultant at the oil refinery’s concern over huge corporations having no accountability of their environmental actions, we advocate for federal government to include coral reefs as critical infrastructure in the USVI and hold large corporations accountable for pollution in order to see significant success in coral reef rehabilitation.