Skills of the Ancient Mariner 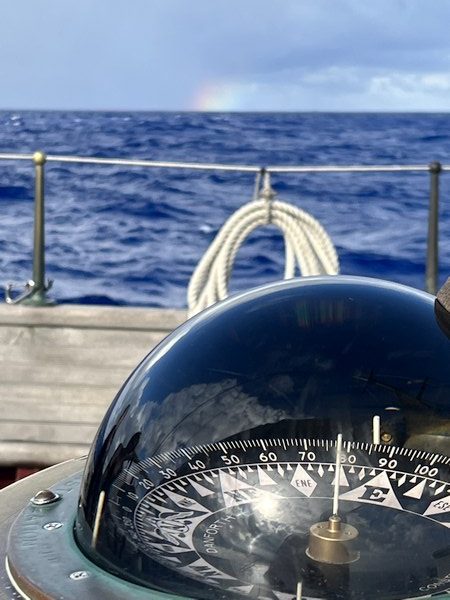 Knowledge abound on the Corwith Cramer. Many people who have never sailed might wonder why anyone would ever need to make an eye splice with rope.
Those same people would probably be scratching their heads at what that even means.

Ever since the first humans took to the seas, whether for sustenance or exploration, they quickly became efficient in rope work (quite clever too). That was what we got a small glimpse of today during class on the Corwith Cramer. We learned splicing, seizing, and whipping rope ends (to keep them from fraying). Skills that have been used and perfected by sailors for centuries, now being passed on to us on the Corwith Cramer. This comes at a very fitting time as we have also been learning celestial navigation and navigating by the stars.

Tonight I will be on dawn watch with sufficient time to study the night sky. Picking out a star and noting its position in relation to the vessel, and turning the compass light off. Veering 5 degrees to the right or 6 degrees to the left, but never straying too far before returning to your true course dictated by the stars, like many a sailor before you...