We Set to Sea 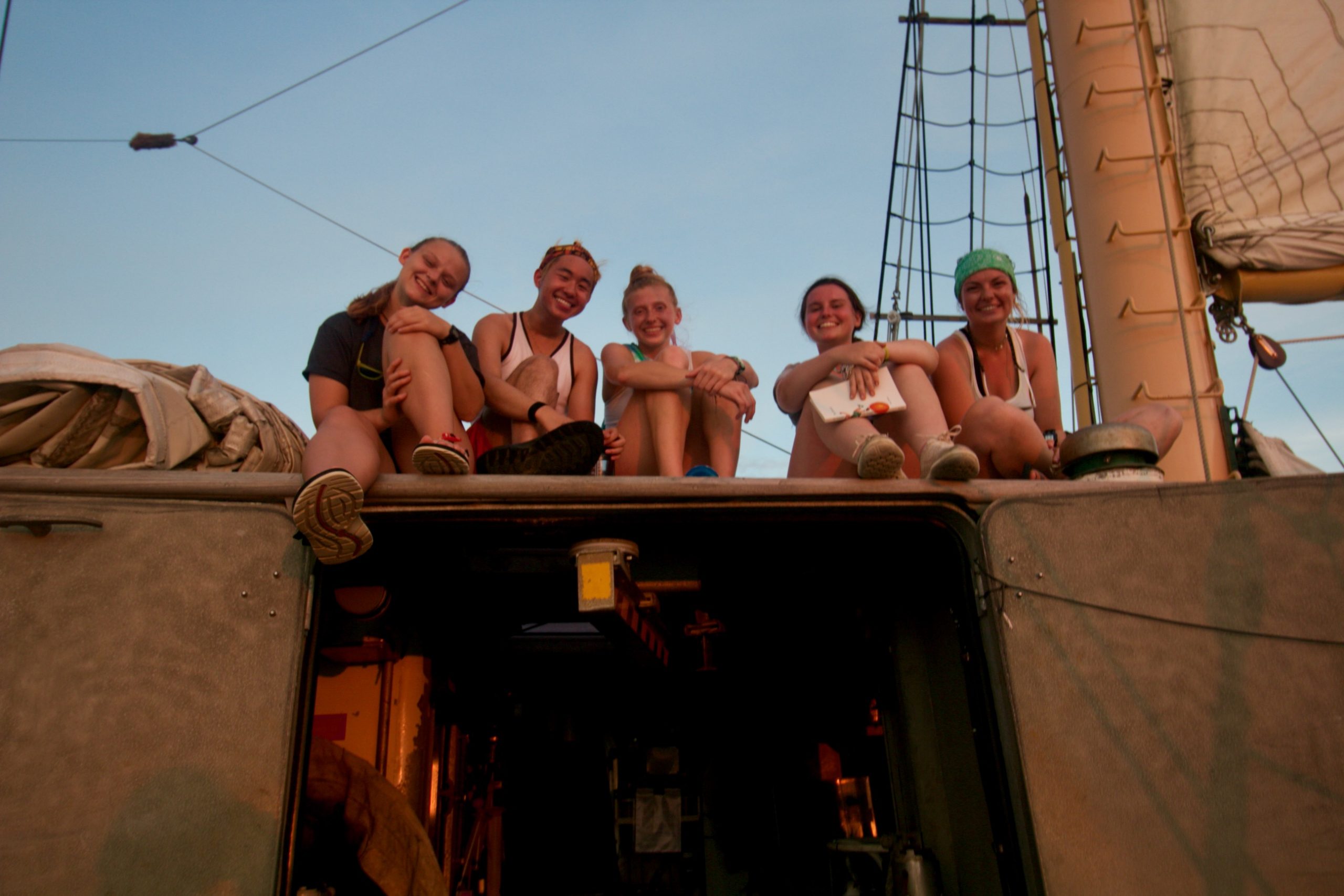 The majority of SEA class S-287 was arrived in Pago Pago two days ago, late at night. We took a bus from the airport to the ship, and because the speed limit in Pago Pago is 25 mph, (and because the bus driver was really jamming the entire way to the Seamans) we were able to catch a few snippets of what life in the American Samoa must be like.

All of the buildings are squeezed into the thin strip of land in between the ocean and the steep, jungle covered mountains, and standing on the boat the next morning, you could see straight up into the jungle. Time for staring up the mountain was limited, because at 0640 we started working to get ready to leave later on Friday. We learned how to handle lines and conduct science deployments as well as conduct boat checks and get oriented to the engine room.

At around 1730, we made our way out of the harbor and headed towards the open ocean. For most drills and general orders (for all hands on deck), I’m the helmsman, which means I steer the ship. At first, Captain Rick was giving me exact instructions, telling me what corrections to make, but after a little while I was told to hold course, and started getting a feel for how to correct for wind, and how long it takes the rudder to change the course of the boat. After we got out of the harbor we split into our watches, and started conducting rounds, but the weather and seasickness made it difficult to really get into the swing of things.

Speaking of sea sickness, it has hit us particularly hard here on our first day. Not only have many of us never lived on a boat before, but the waves are 12-15 feet high. I have a stomach of steel, but even I ran on deck this morning and was almost down for the count after I did the rounds in the engine room. However, we’ve all rallied, and started learning how to make the rounds on our watches. I’m in C watch, and we had the morning watch from 7am to 1pm today. We each took turns at the helm (steering the ship), keeping lookout (there are a lot of waves), recording our position and the weather (there are clouds), and recording sea surface conditions as well as the results of our animal observations. For most of our watch a brown booby, we named Mickey, was following us. We’ve also seen some flying fish pop out between the waves which is really cool even if it is for just one second.

The open ocean is extremely beautiful. It’s an amazing shade of blue, and when a ton of bubbles are forced underwater, it becomes almost neon and you can just barely see through to the other side. Looking out into the open ocean is also pretty relaxing, because we haven’t seen a single boat all day. I’m not sure how the isolation will feel 12 days from now when we’re seeing human inhabited land for the first time, but right now I enjoy the feeling that what’s right in front of me is all I’ve got.

I hope my mom, dad and sister are all doing well. I’m so glad to be here, and I can’t wait to tell you all about it when I get home.