Being Present (Knowing Past, Creating Future) 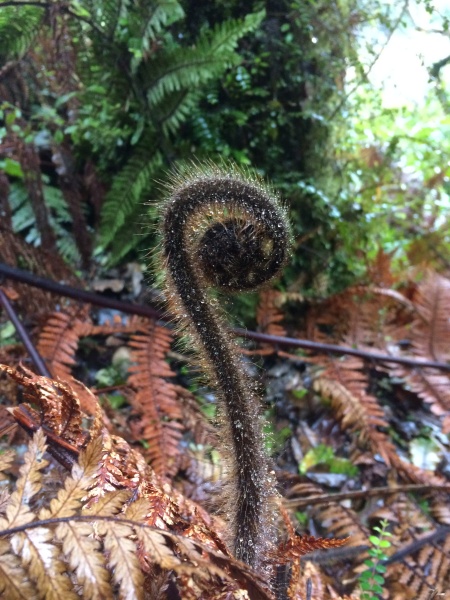 Weather
Cloudy and humid, forceful winds and the threat of rain

Let’s take a break from hearing about what a great time we’re having and have a chat about decolonizing the future. This is Climate & Society, after all (and we did do actual coursework). Just before we first set sail out of Auckland, we had the founder of New Zealand Geographic, Kennedy Warne, on deck as a dinner guest. Reflecting on the journey laid out before us, he sent us off with these words: “It’s an opportunity to build a real relationship with the ocean, to build intimacy with the ocean.” Fostering this connection with the environment, embracing and internalizing our physical lived experience within it, is a process of de-alienation from the earth and our place as part of it.

In a world where money talks and extractive industries of logging, oil drilling, and agribusiness reign supreme, shifting our global mindsets toward a relational ideology of environmental care is a radical act-one
that I believe is necessary in order to create a sustainable future for all of us. Considering an environmentally just future requires us also to confront the ugly truths of the past and present. The breathtaking opportunity we have to be here, to be educated, to sail, is a privilege granted by our place in colonial history. We stand on stolen land. And to fix it, we have to face it.

The New Zealand government has begun to do this with its policy of collaboration with the Maori people in environmental decision making. Though imperfect, it’s one of the most prominent political initiatives for reparative inclusion between a nation’s governing body and their landscape’s historically colonized people. Social-environmental values of connection and care are no new wave of mainstream environmentalism, they
are characteristic of indigenous ideologies worldwide. So it’s the voices which have been suppressed, that must be uplifted and empowered for us to regenerate a livable planet.

We are situated at a critical point of change, confronting the past and reimagining the future. Here is our place in transforming the world. Change the way we think. Utilize our privileges to right the wrongs that brought it to us. Make structural change and social change. Connect deeply, intimately with our environment and with each other. Educate, and empathize, and act! Here on the water, with these thoughts, we are present. To starboard passes Whakaari, an active volcano continually ejecting steam, and we witness a site of creation. We see our strange, living, devastatingly beautiful planet, and it requires us to be fully alive with it. To feel it. To fight for it. You are in this moment too.

“When your worlds are deep in your heart, and you live and breathe them, only then can you walk the path that your potential has been patiently waiting for.”

- Maori prayer, as imparted by Paora

Gratitude and recognition to the Maori and other Pacific peoples who touched these waters long before us, and know the way. May we sail in favor of Tangaroa, spiritual body of the sea.