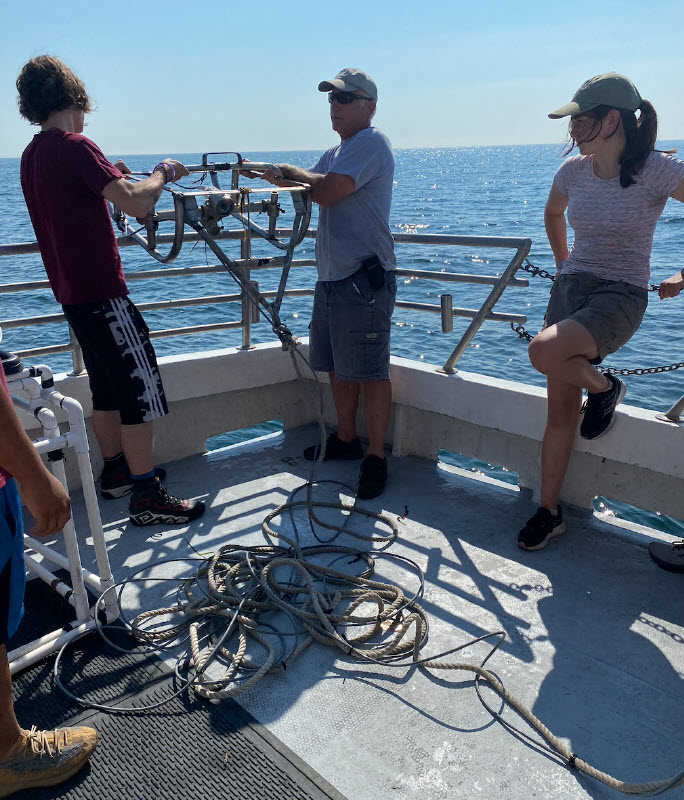 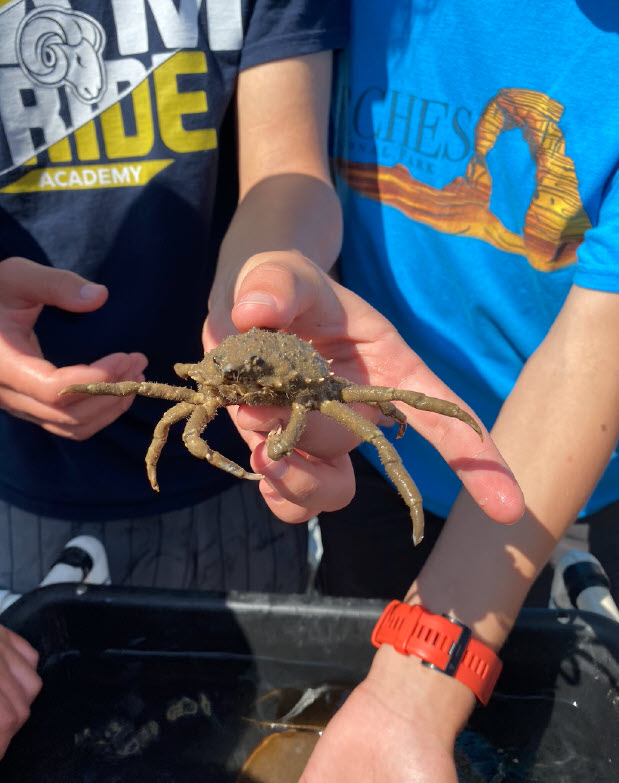 Today we woke up bright and early (at 6:45am!!) to go on a field trip to visit Woods Hole and tour the Vineyard Sound on the Zephyr. After a short breakfast, we drove to Woods Hole and split into two groups. While one group was aboard the Zephyr, the other group did a scavenger hunt in town, and then we switched.

On board the Zephyr, the group voyaged off shore into the harbor surrounding the village. While on the boat, Rob, the knowledgeable director of our trip, showed us how to use an underwater camera to discern the seafloor through a TV screen in the cabin. We also used a plankton net to gather samples of zooplankton and phytoplankton so that we could look at them under the microscope back on campus. In addition, we dispatched a bigger net so that we could observe a variety of native marine organisms, such as horseshoe crabs, spider carbs, conches, and urchins. We closely examined the organisms and took lots of pictures! The groups also engaged in other exercises such as measuring the water clarity using a secchi disk.

In addition to touring the Vineyard Sound, both groups got to explore Woods Hole. Before our scavenger hunt, we played in a sandbox. The sandbox had a sensor that detected the altercations that we created in the sandbox terrain. A computer projected a visual of a topographic map on the sandbox, and in response to our altercations to the sand, the projection changed. Areas of lower elevation were considered to be water, and areas above the “water” were colored according to their range in elevation. After that, we spent the majority of our time running around through different parts of Woods Hole, searching for the items on our list.

Among the landmarks we visited were the Rachel Carson statue and the Water Street Drawbridge over Eel Pond. In addition to searching for landmarks, the scavenger hunt also prompted us to talk to locals. One individual gave us his name and informed us of the drawbridge’s weight. Outside of the scavenger hunt, much of our time in Woods Hole was also spent wandering into the local restaurants and purchasing burritos, coffee, ice cream and more!

We returned to campus for lunch, and after lunch we enjoyed the book club. As part of our Oceans and Society class, students chose a book or alternatively a collection of poems or sea shanties that they wanted to study in groups with other students. After a few weeks of reading and discussion, all groups will present something related to their stories to the rest of the SEA class. Many students spent their free time following the book club back at the beach swimming, collecting rocks, and relaxing on the rocky shore. After dinner, we ended the evening with an exciting exploratory, where we listened to our classmates' show-and-tell presentations on marine related topics of interest! 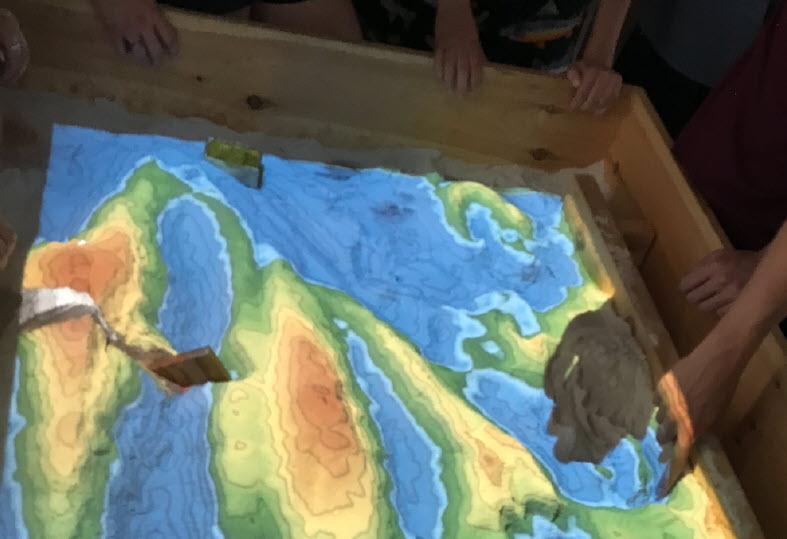 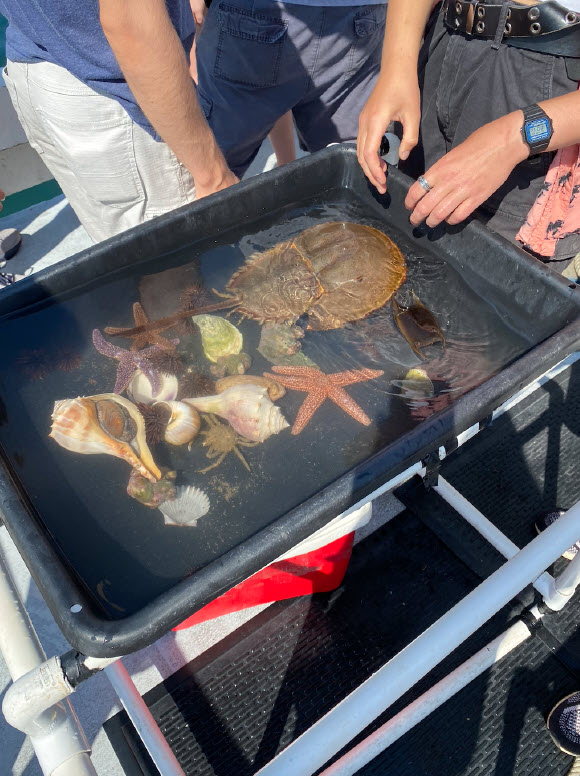 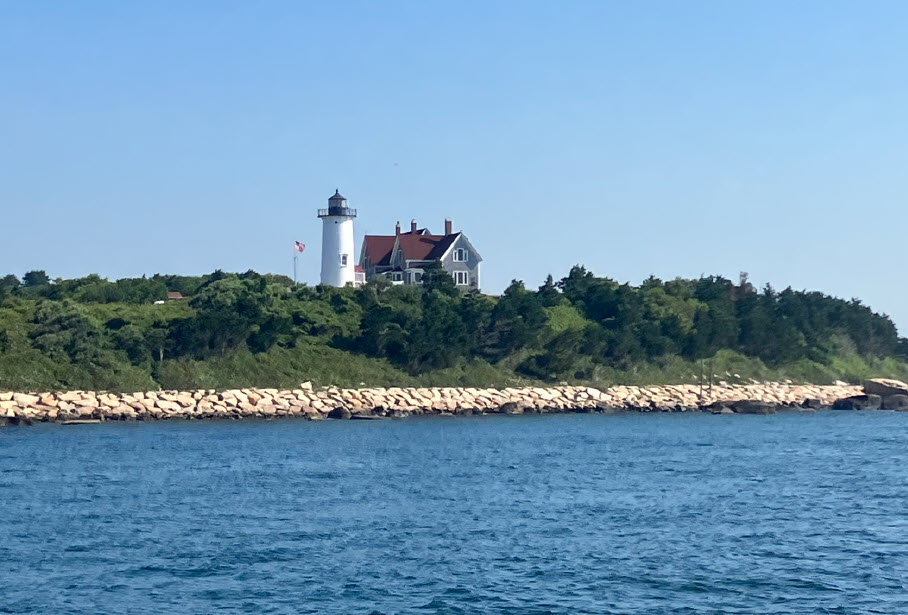 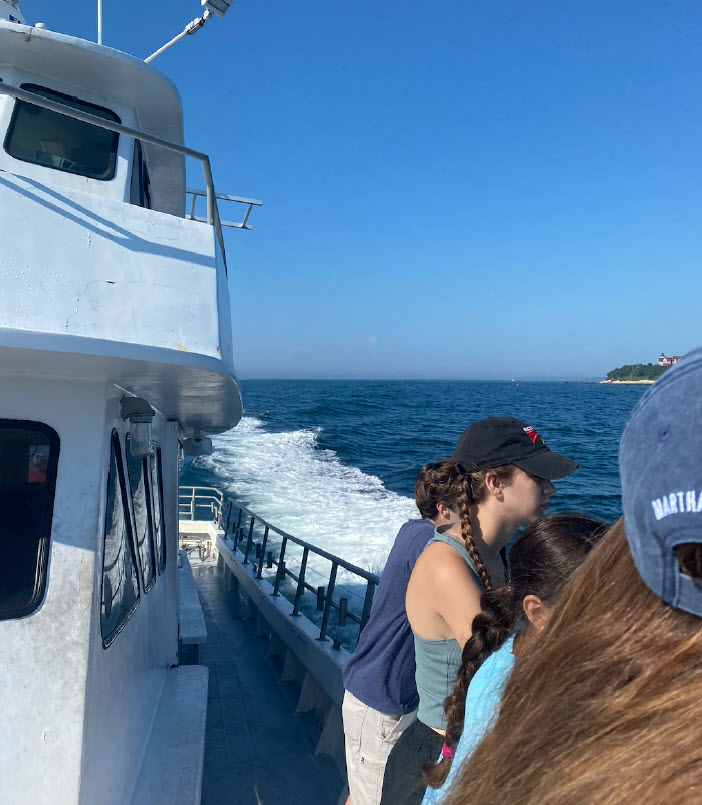