Stranger as a State of Mind 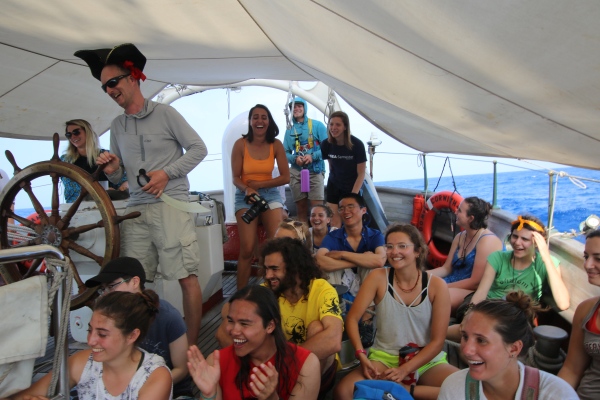 Our trip to the community of Mooretown, flanked by the winding, dense hills which in latter centuries nursed the guerilla warfare tactics which would ensure the hard-won freedom of the Maroon people, was truly a highlight of C277. Others have written of the details of this trip, but it is this idea which Colonel Sterling offered us on the manufacturing of insiders and outsiders, of faceless stranger and accepted community member that I want to focus on today.

Colonel Sterling introduced this concept to our group as an explanation of the meaning behind the song, "Poor Stranger!" which a group of elders in the community had shared with us moments before. These men and women had gathered with us in the tiled room of the Mooretown museum and begun a series of song and dances, accompanied by drums and a 'Talking Horn.' They swayed to the sharp rhythm, keeping their feet skillfully low to the ground in the rising heat of the afternoon rain. 'Poor Stranger,' Colonel Sterling explained, is the lamentation which a person, treated as an outsider to the community, would express in self-pity.

In Port Antonio, we began as outsiders, visitors and tourists to this new community. Arriving in the pouring rain to Port Antonio, the imposing masts of the Cramer could be seen several blocks into the town hubbub, and word of our arrival spread fairly rapidly through Port Antonio, as shopkeepers, business owners, jerk-stand proprietors, taxis, and self-proclaimed tour guides vied for our attention. However, over the course of just three days, we began to experience some of what Colonel Sterling spoke of; a generosity of spirit which sought to wrap us in its folds, a mutual desire to share in food, dance, conversation, and a great exchange of ideas, perspectives, and questions. This welcoming experience, I have found, has not been unique to Jamaica alone; nearly all of our port stops have featured moments of unique and sincere connection. 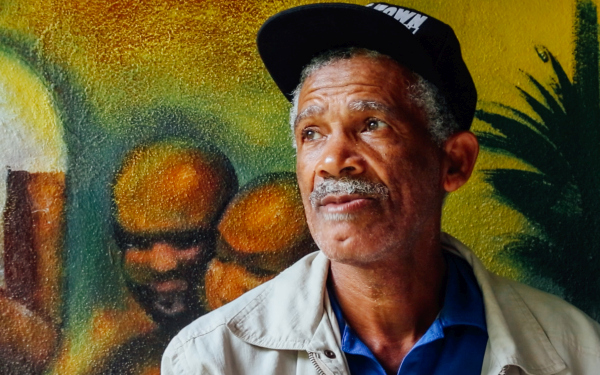 Stranger is a state of mind which stands as a mental buffer between one person and another. Certainly in a practical sense, one encounters a number of strangers, unknown people who appear and vanish unremarkably in the blink of an eye. But within each unknown face there is presence of a shared commonality and humanity. C277 began as strangers from all corners of the US and beyond. Just months later we are a close-knit community, united by our collective journeying. This community building which Colonel Sterling discussed with us is, of course, a two way street. Traveling aboard the Cramer and conducting research for our respective Change Projects has beckoned a number of us from our own timidity. The more we have leaned in, let go, and gone with the flow of the moment, cast off the shrouds of cynicism, self-doubt, and apprehension, the richer these moments have become.

We have been welcomed out of pouring rain and into homes, invited to cook and share meals, music, and laughter. Myself and a group of Cramer ladies were beckoned from our spot at the Marina Facilities where we were docked, to join a group of Cuban travelers who were dancing in a circle to celebrate International  Women's Day. Our voices cried out in joy together to the DJ, "Viva America! Viva Cuba!" and when the music faltered, "Despacito! Por favor! La musica Cubana!" Throughout our many port stops, we have been given the gift of the time and energy of so many people across a number of disciplines: scientists, conservationists, artists, naturalists, photographers, mariners, business men and women, school teachers, parents, community leaders, medicine men, activists, and so on. We have arrived to each port, many of us complete strangers, and left with a greater understanding of the ways in which our own homes and communities connect to those within the Caribbean.

Now we speed on towards Grand Cayman, the last of our port stops before returning to the United States. Before leaving port in Jamaica, I was the last one on Dawn Watch, and kept eyes on the ship from 0600 to 0700. The sun was still tucked behind the rigid Blue Mountains, the moon, deflating from its former fullness, hung yellow through a shifting gauze of clouds. As the boat swayed in the light wind and Port Antonio stirred from night's bedsheets, I watched a frigate bird soar high above the dock, its crooked wings remarkably still. It hung there for a moment and, as the sun burst through and seeped into the lap of the morning, made its way, as if drawn by some outrageous yet unmistaken calling, quietly out to sea once more.

In the wake of the frigate bird,

P.S Happy birthday, Eli!!! I truly hope you have a wonderful day and an incredible year. I'm so proud of you and truly so grateful to be your sister. Can't wait to celebrate in a few weeks! Love to all of the Soks once more!