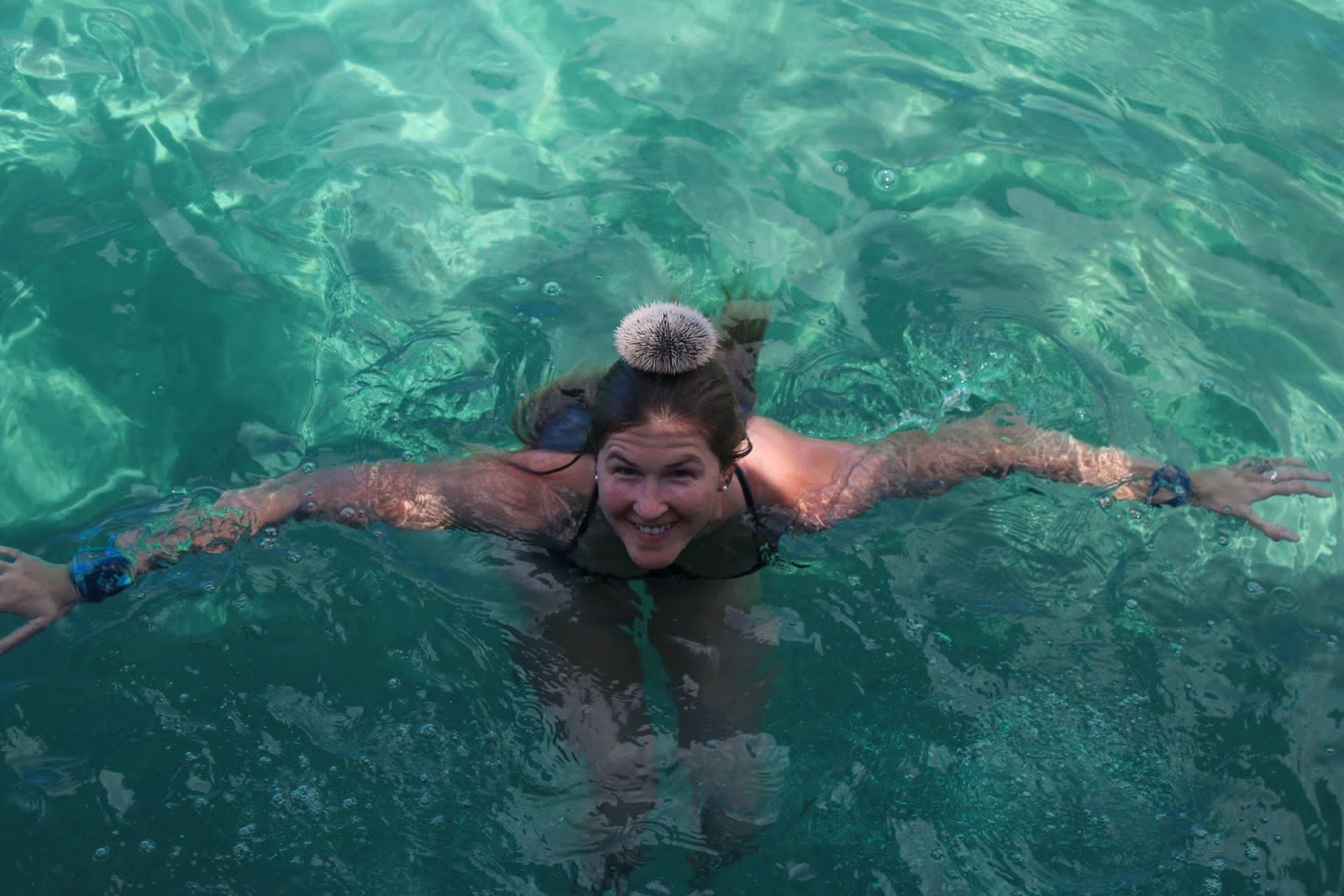 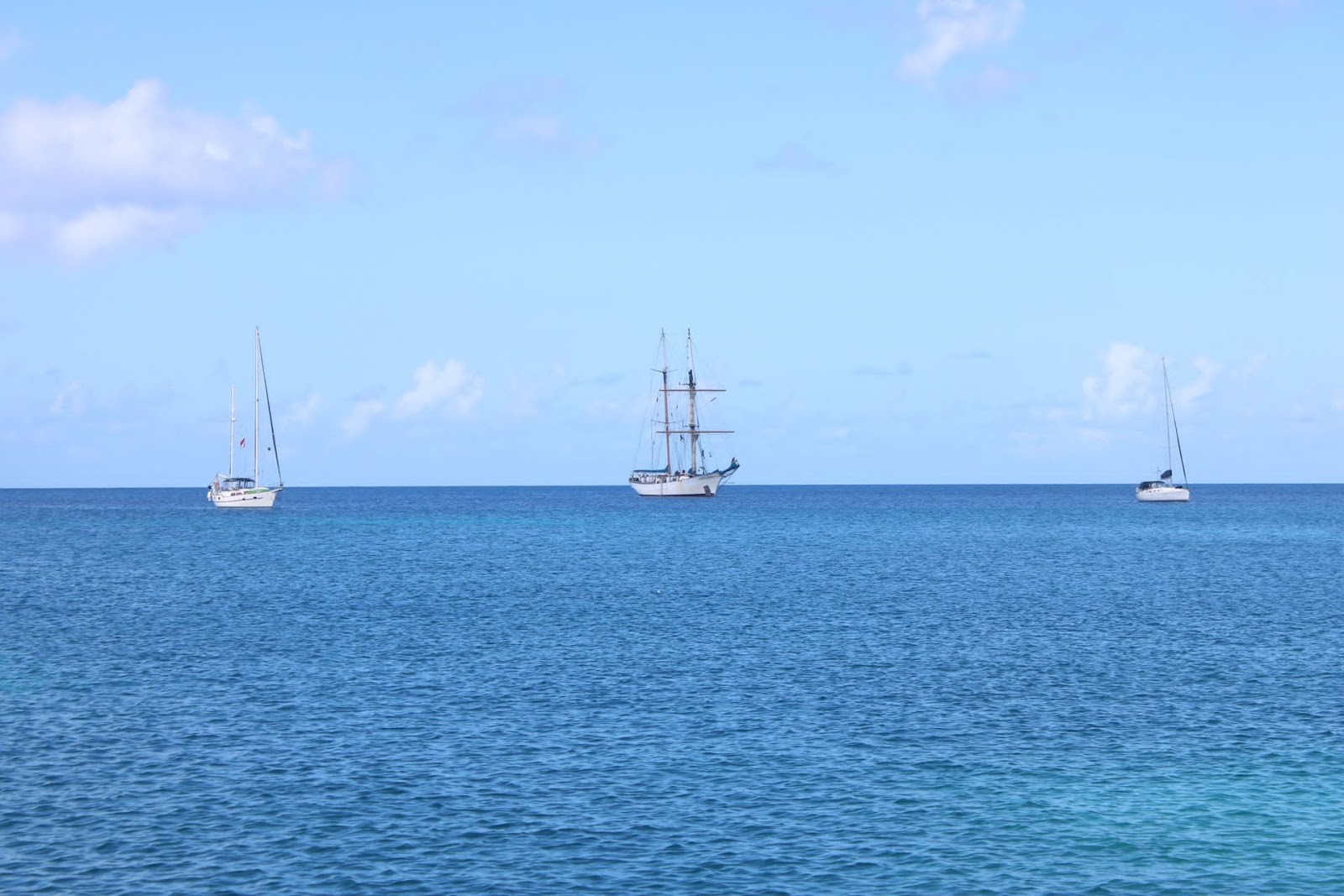 The Cramer cramin’ off Frederiksted

The serene azure waves off the coast of Frederiksted gently lapped against the ivory hull of the Cramer as our van pulled into the seaside town this morning to spend our invaluable hours of free time. It was a thrill to physically see our ship for the first time after only ever knowing about it through photos and anecdotes from half-asleep students and crew when it crept past the Feather Leaf Inn in the early hours of the morning a few days ago like some elusive Flying Dutchman. But there she sat now, gently bobbing upon the glassy waters off Frederiksted and towering over the other anchored sailboats, yet appearing oddly small in the wake of the massive cruise ships that normally docked at the town pier, dominating the horizon. 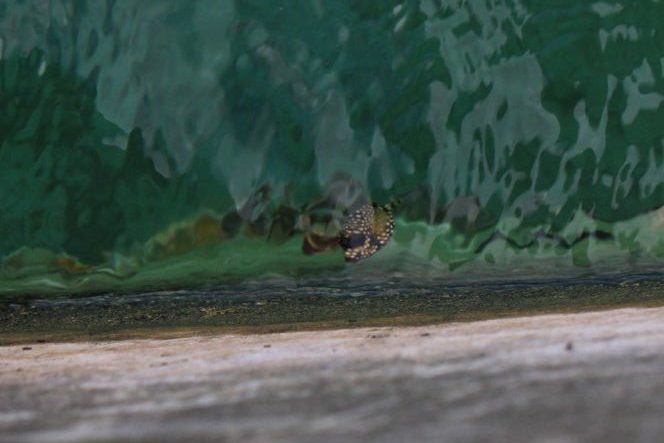 While a few students stayed behind at the Feather Leaf, most of us decided to go into Frederiksted to see what it would be like when the town wasn’t invigorated by the arrival of a cruise ship and its passengers. The difference was jarring, as the waterfront was practically deserted without the colorful, bustling storefronts, blaring music, and stilt-walking moko jumbies that previously adorned the town’s harbor. We made our way through the similarly deserted streets, making quick stops at the local bakery, dive shops, and fish market, and ultimately ended up back at the harbor staring at the marine life clustered around the base of the pier.

Flitting through the colorful fronds of coral growing off the pier, pausing occasionally to peck for morsels of food was a tiny juvenile trunkfish that instantly captured our hearts. It resembled a sentient die – little more than a black cube peppered with white spots – fluttering about with practically nonexistent fins. Aside from this adorable floating blob, we also found a sizable spiky blob in the form of a West Indian sea egg stuck to the pier’s foundations, as well as a few jet black French angelfish juveniles boasting neon yellow stripes.

After we returned to the Feather Leaf Inn and had lunch, we spent much of the afternoon working on our individual research projects, processing data, or gathering survey supplies to send to the Cramer in preparation for us moving aboard next week. We then had an interesting talk with a representative from the St. Croix oil refinery’s environmental management team, who provided us with insight into the refinery’s efforts to address the infamous oil spewage a few years ago and other environmental measures put in place to minimize the refinery’s impact on local water resources and wildlife.

Finally, we wrapped up our eventful day by stargazing with Rebecca. There we all stood, ice creams in hand, beneath the tranquil, star-speckled night sky, chatting about exceedingly cheerful topics such as the possibility of us watching and romanticizing the fading remnants of long-dead stars, the night sky being empty in the future due to all the stars being gone, and us being alone in the vast abyss of the universe. Be sure to tune in for more joyful insights from the class of CRX306!