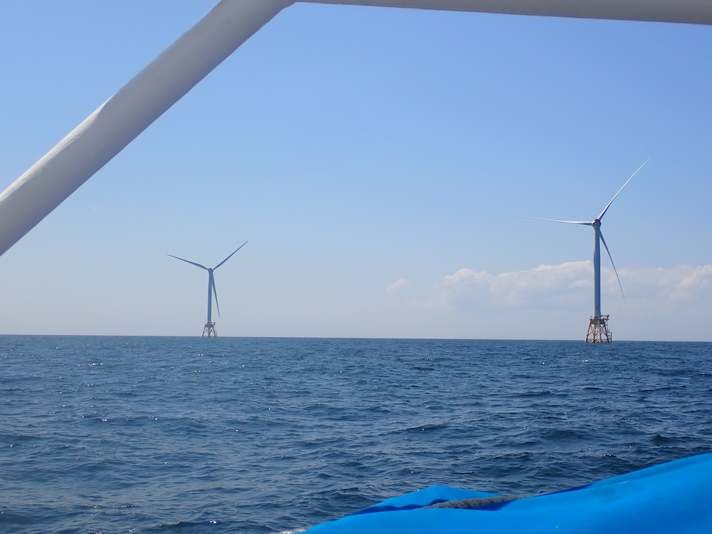 Description of location:
5 NM off coast of Block Island

We left our Anchorage in Cape Judith, Rhode Island, and headed to Block Island Wind Farm! There were some heavy winds, so we reefed the Mainsail. We were sailing with the Mainsail, Main Stay Sail, Fore Stay Sail, Jib, JT and Top Sail. With the sails up, we were heeling at a 45 degree angle until we were about 5 KM off of Block Island. We heaved to (stopped the ship without using the anchor) and completed a couple of science deployments, including a Sediment Grab and Secchi Disc. When we got closer to Block Island, the wind turbines towered over the ship as we sailed right through the wind farm.

We had an Oceanography class after where we learned about atmosphere-ocean oscillations and natural climate changes. We were split into groups, and each presented on one of three oscillations: North Atlantic Oscillation, Pacific Decadal Oscillation, or El Niño Southern Oscillation. After class we dropped anchor in Narragansett, Rhode Island and watched a movie.