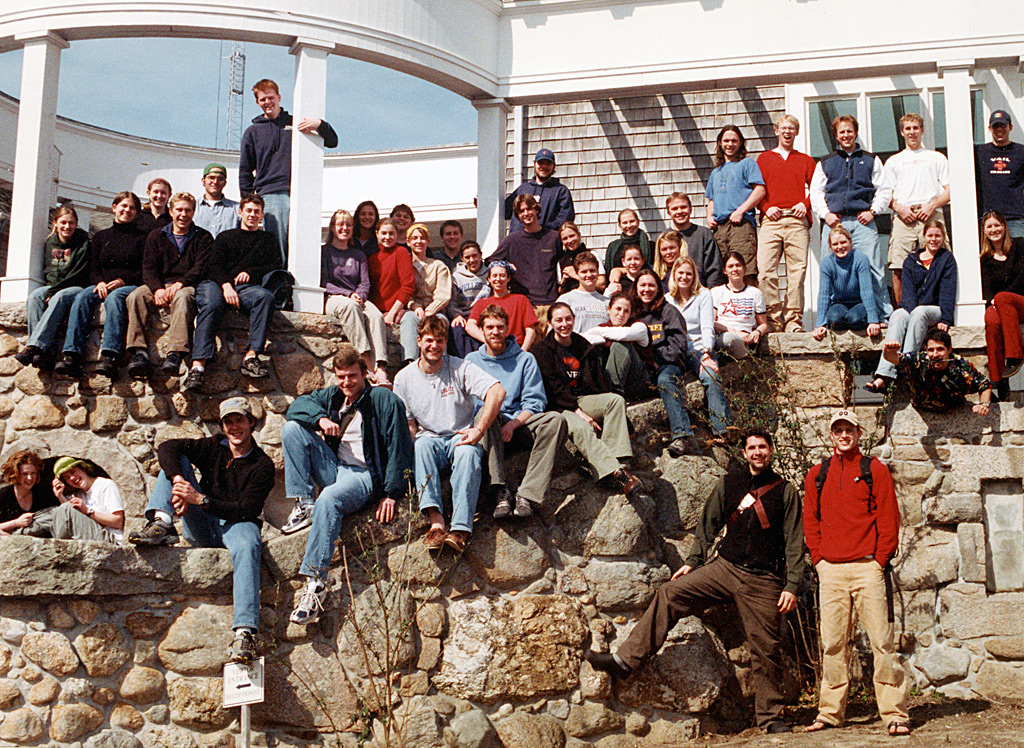 Not so long ago, in the not too distant past, a younger version of myself embarked across the North Pacific on the SSV Robert C. Seamans. I was an eager and adventurous little explorer following a dream to sail across the sea. We departed Honolulu with a course to Palmyra, and after an unexpected detour to Johnston Atoll, we made our way to Midway Atoll. Along our journey, we had some laughs, watched countless sunrises and sunsets, played music on the quarterdeck, created memories, and made life-long friends. It is almost impossible for me to grasp that 18 years have passed since I sailed with class 180.

Back then, there was no Facebook to share our stories with friends. There were no blogs for the world to follow us. There were no hashtags to mark our way. There were no swizzle celebrations. Returning as a professor, things are much the same, but ever so slightly different. The ladders seem much steeper. The bunks seem much smaller. The swells seem much rougher. The people are also different, yet somehow the same. There are the jokers, the wise sages, the ever so helpful, the quiet ones, the studious ones, the musicians, and the creative ones.

Every day as I watched the students of S-288 find their way, I was reminded of someone from my trip in 2002; their names popped back into my head like it was yesterday. It wasn’t long into our trip when I noticed the plaque above the galley window and a wave of solitude swept over me. It reads: “Nathaniel “Nate” Williams, S-180. Fondly remembered by his shipmates for his love of the sea.” It hangs next to a small clock, reminding us constantly of life, and the inevitable passing of time.

I’ve spent much of this journey contemplating time. My memories are still so vivid and, other than a few creaking knees and aching bones, I feel like S180 was yesterday. A new group is aboard the Seamans now and S-288 is finishing up our semester at Leigh Marine Lab. Soon we will all disperse in different directions. No matter where we go, we are now all part of the S.E.A. family. It is likely more students will return as professors or crew at some point in the future. Wherever we are, wherever we go, this trip will hold a very special place in all of our hearts.

I encourage us all to hold on to each moment and be present because in the not so distant future, another 18 years will have passed and we may find ourselves asking “How did it get so late so soon? It's night before it's afternoon. December is here before it's June. My goodness how the time has flewn. How did it get so late so soon” (Dr. Seuss)? Although we did not have social media at the time, many of us have managed to stay in touch over the years. This is dedicated to the class of 180 and in loving memory of Nate Williams.