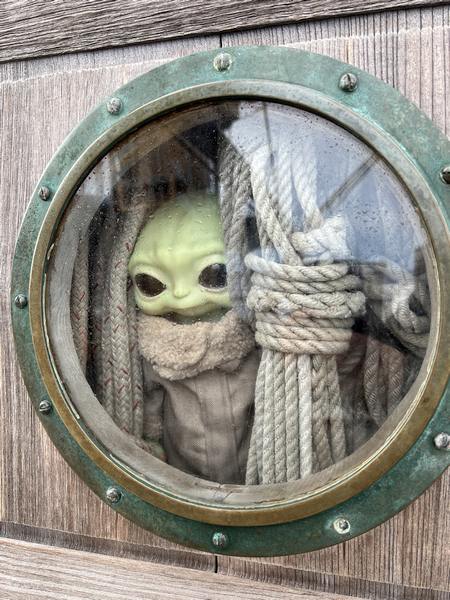 As Emmi so kindly prefaced in yesterday’s post, we are officially halfway through our voyage and have turned north! This is a moment of significance that demands attention, therefore, we decided to grab some tea, sit on the quarterdeck altogether, and talk about it.

The halfway point. There’s as much time behind us as there is ahead. Half a trip to go, half a trip complete┘ how do we feel about it? I asked a small group of tea-drinking existentialists.

Time is relative. It’s a construct, most especially on the ship. Every three watches adds up to a full day yet every watch feels like three days and I’m pretty sure I’ve slept for 12 hours in the last 24 but still feel like I could sleep for another six if I tried.

Another group-thinker agreed, I feel like I’ve know you my whole life although I met you less than three weeks ago. I know why you chose not to go to band camp that summer in middle school, I mean we’re all scared to leave home for the first time at thirteen, but also what’s your last name?

Nods all around. Contemplative sips of tea. Conversation of other land-worldly things like vehicles that go over 10 knots and the concept of alone time devolved.

Land. Oh right, that thing we are now headed towards. That thing that doesn’t move beneath you like the sea but somehow appears to move around you at speeds much faster than life on the ship. How do we feel about going back to land?

After 15 days, I’ve forgotten all semblance of what it looks like. My mind is water, I am the ocean. I am the sea and the sea is me. However given the chance, I would kill for a double-shot shaken espresso latte with oat milk right now.

Murmurs and longing looks into tea cups. Landfall also means our time at sea has come to a close. That our time all together will come to an end. We acknowledge the improbability that this exact group of people encapsulated in this exact ship will ever be altogether again after this blip in the time-space continuum. Something of that nature would require some curious perversion of physics of which we do not yet understand.

So together sitting on the quarterdeck, we commit. To each other, to the ship, and to making the most of the-other-half of our experience as best we can. To not dwell on what’s to come, but what we have here and now. To twice the amount of fun than we’ve already had.

Live everyday like you’re sailing to some end. Because we all are when you think about it.

P.S. Mom, Dad, Gracie, Morgie, and all my friends and family who still keep up with this, I hope this made you LOL. Love and miss you all so much.